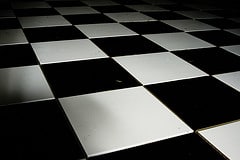 According to an article on the Healthy Building Network, science is coming very close to making a direct link between vinyl chloride and cancer.  Unfortunately, the knowledge comes at the expense of many lives.

In McCollum Lake Village, Illinois, 14 residents out of the population of 1,000 have brain cancer.  This is the largest non-occupational brain cancer cluster ever identified.  Because the community is isolated, the common factor that seems to be causing the cancer is a vinyl food wrap factory near the town.  It is believed that vinyl chloride found its way from the plant to the wells where the residents get their water.

I won’t bore you with all the legal details, because of course there is a lawsuit.  The real news from this article doesn’t have anything to do with the lawsuit.  It has to do with what has been learned about the relationship between vinyl chloride and cancer.

For years the vinyl industry has hired researchers to study workers in their plants.  The studies have shown a “weak statistical correlation” between vinyl and cases of cancer in the workers.  Attornies in the McCollum lawsuit have depositions from industry experts that say that in most of these studies one additional case of cancer in the workers would have changed the outcome from a “weak statistical correlation” to a “statistically significant” correlation.  This seems to back up claims that the populations in these studies were watered down with employees who had little to no exposure to vinyl chloride.

Another crucial piece in the case for linking vinyl and cancer is that recent DNA testing technology can analyze cancer cells in ways not previously available.  The cancer cells from the McCollum Lake Village residents are strikingly similar to those from a famous case of vinyl-induced cancer, that of vinyl plant worker Dan Ross, which was featured in the PBS documentary Trade Secrets and HBO’s Blue Vinyl.

The article ends with this poignant reminder:

The McCollum case reminds us that the many problems associated with chlorinated materials, such as PVC plastic, are likely under-estimated, masked by the limits of scientific investigations to date, and obscured by the intensive cigarette science campaigns of its manufacturers. This new evidence reinforces the US Green Building Council task force finding that PVC is consistently among the worst materials for human health impacts.