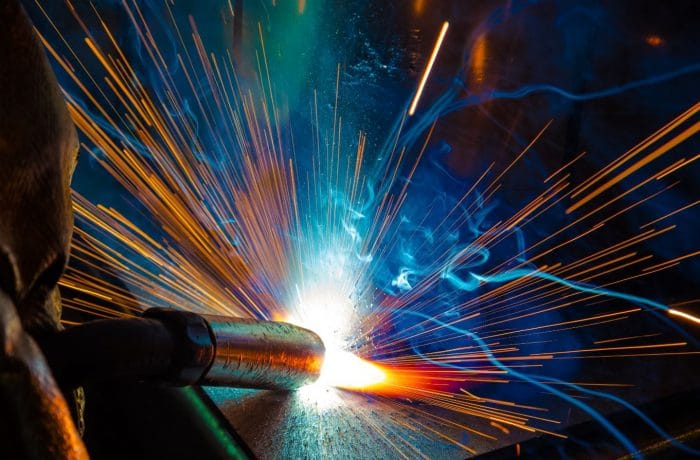 By now you know that steel prices, along with building design and size, play a large part in determining the cost of your steel building.

While you have some control over this, one thing you cannot influence is the price of steel itself.

Steel prices fluctuate depending on a variety of factors including cost, supply, and demand for steel and its raw materials, as well as the current climate of global markets and trade policies between the US and other countries.

In this guide, you’ll benefit greatly from learning more about current trends and future forecasts of steel prices, including what affects these costs.

Let’s get right to it.

What’s in this guide?

Over the years, world crude steel production has increased rapidly with 1.8 Billion tonnes produced in 2018, according to The World Steel Association.

This was a significant 4.6% increase from the previous year, which alongside current economic growth trends, suggest a positive outlook for future steel production.

What does this mean for steel prices?

Simply put, if the supply of steel increases faster than demand then prices will decrease.

But the reality is never as simple as suggested by economic models.

There are other factors such as climate change initiatives that could easily have a more significant effect than the forces of market supply and demand.

For example, new production methods that are more environment-friendly may be implemented which would help reduce steel’s contribution to climate change.

At the same time, this could increase the associated costs and as a result, spike up steel prices.

So what are the factors that influence this change in steel prices?

Since steel goes through its manufacturing and refining process to become usable, the materials involved in this process help determine its amount.

Supply and demand for iron ore and scrap metal determine their prices, which is consequently transferred to steel prices as a cost of production.

Additionally, prices for these raw materials typically fluctuate between seasons depending on when their high and low production seasons.

Supply and Demand for Steel

This usually requires more material, such as steel, to cope with the high level of growth.

Therefore, during an economic boom, you can expect to see steel prices increase as demand overtakes supply.

For instance, when China and other Asian economies experienced industry developments in the early 2000s, the demand and price of steel increased. This also caused a global shift in supply and demand from the US to Asia.

Moreover, the import costs of steel also determine its price. If this becomes too high, then demand would decrease which translates into a price reduction.

China alone accounts for about half of the entire world’s steel supply. So it’s safe to say that they have a significant amount of control over import costs.

Steel, as well as its components, is traded in the commodities market and are subject to investor speculation.

Their prices regularly fluctuate depending on the perceived risk, as well as recent news regarding the steel industry.

Furthermore, the stock performance of the largest global and US steel producers can act as a useful indicator of steel prices. If their stocks go down, this may translate into a supply decrease and price increase.

Top steel suppliers such as ArcelorMittal SA, Baoshan Iron & Steel, and US Steel showed a gradual decline in the past year. However, this could directly be attributed to regular trend fluctuations, since it is not a substantial decline.

When the USD appreciates and strengthens against other currencies, imports become relatively less expensive.

Since the US is the world’s largest steel importer, a stronger USD would translate into a lot of cost-savings.

Climate change is an immediately pressing matter that is primarily attributed to global business practices. In 2018, steel production accounted for 7-9% of the global total of CO2 emissions.

What this means for steel suppliers is they’ll soon face pressure to find less harmful ways to produce steel, or else be forced to reduce their supply.

If their production costs increase due to having to use more environmental-friendly but costly production methods, then steel prices will rise.

There are things that no one can foresee, such as natural disasters or wars.

These events can easily affect many industries including steel, as well as others that require steel in their production processes.

What is the cost of steel?

While the cost of steel frequently fluctuates, so it’s hard to give a definitive price, see the table below for details about how much you could expect your steel to cost.

These prices come from general cost estimates for early 2019.

How much does it cost to build with steel?

Building with steel can also vary in price because the cost of steel changes often; however, there are some basic guide prices.

The graph above can give you a general idea of the history of steel in terms of prices, and how quickly there can be significant changes in pricing.

This is why locking in prices for your steel building could be essential in keeping your costs low, due to the unpredictability of the market.

ArcelorMittal was created from the merger between Arcelor and Mittal, and currently, produce around 10% of all of the steel in the world.

Distributing to 18 countries around the world, their sustainable steel will go towards industries such as the automotive sectors, appliances, research and development as well as technology to name a few.

A clear leader in the steel industry, their focus is now on becoming the safest steel producer and mining company in the world.

The China Baowu Group is one of the largest steel companies in China, and produced over 65.39 million metric tonnes of steel, making it also one of the biggest producers in the world and part of the Global Fortune 500 companies.

They claim to have a bright future of profitability and a lot of growth potential, producing products for manufacturing and technology.

With over 50,000 staff on a global scale, Nippon Steel & Sumitomo Metal Corporation is Japan’s largest producer of steel and was reported to produce around 48 million metric tonnes in 2017 alone.

In response to the competitive industry, they are aiming to become the best steel producer in the world by focusing on their technology and global logistics. 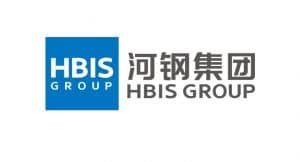 The HBIS Group is another one of China’s biggest steel producers, turning over a total of 284.5 CNY in 2015, 45.5 million metric tonnes of steel in 2017 and they have been a part of the Global Fortune 500 for ten years consecutively.

With various acquisitions planned, HBIS are planning to continue growing and currently holds over 70 companies globally.

Posco is a republic of Korean company which has been around since 1968, which produces around 42.19 million metric tonnes of steel in 2017.

They sell steel to over 53 countries worldwide and aim to produce steel to industries including the development of technology and electrical steel.

In 2017, Posco reported revenue of $53.6 billion, making them one of the biggest steel companies not only in Asia but also in the world.

Not found what you’re looking for?

Get in touch with us today for friendly, personalized advice to make the right decision for you.

Compare Quotes for Steel Buildings and Save
Are you interested in a steel building for a commercial or residential location?
CONTINUE ▷

Who Else Wants a Top Steel building Quote?