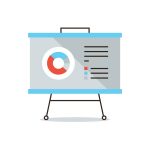 This year, 2020, marks the beginning of a new decade, and this new decade is looking to be amenable to the steel industry. Recent breakthroughs in technology have made pre-engineered steel buildings with high structural integrity commonplace in an expanding market, but this is not the only driving force behind the steel industry.

Steel has a multitude of benefits, which are now boosting sales and improving the market. The material is stable and has high aesthetic appeal, making it very flexible for design work.

In addition, steel is a primary material used in the construction of green, energy-efficient buildings, especially in the industrial sector.

The demand for steel is increasing not only for industrial buildings but also in residential projects because of its durability and low price point.

Both of these qualities are driving forces behind the modern steel market, which is analyzed by product types, applications and global regions.

The products driving the steel market over the past few years have been hot-rolled steel, cold-rolled steel, direct-rolled steel and tubes, and following are the most popular applications: prefabricated steel buildings, primary and secondary members, walls, roofs, panels and bridges.

Major steel markets can be found in several countries in each of these regions:

This high export rate was instituted after anti-dumping policies against Chinese steel had gone into effect in several Western nations. These exports have worked to improve the overall economies and infrastructures in emerging Asian countries.

At this time, a full analysis and projection of steel sales in not yet available, but will soon be released by India-based Adroit Market Research. This business analytics and consulting company has a wide audience that includes manufacturers, development institutions and industry associations that wish to understand market specifics, current trends and future forecasts in particular industries.

Adroit’s report on the global steel market is set to include current trends and the industry’s future prospects from 2018 to 2025. Information on new technologies in the steel industry in developed nations and developing nations will also be reported.

Government support plays a strong role in the steel market, and details of this support will be provided. In addition to drivers and opportunities, the report is set to include obstacles, challenges and restraints affecting the market.