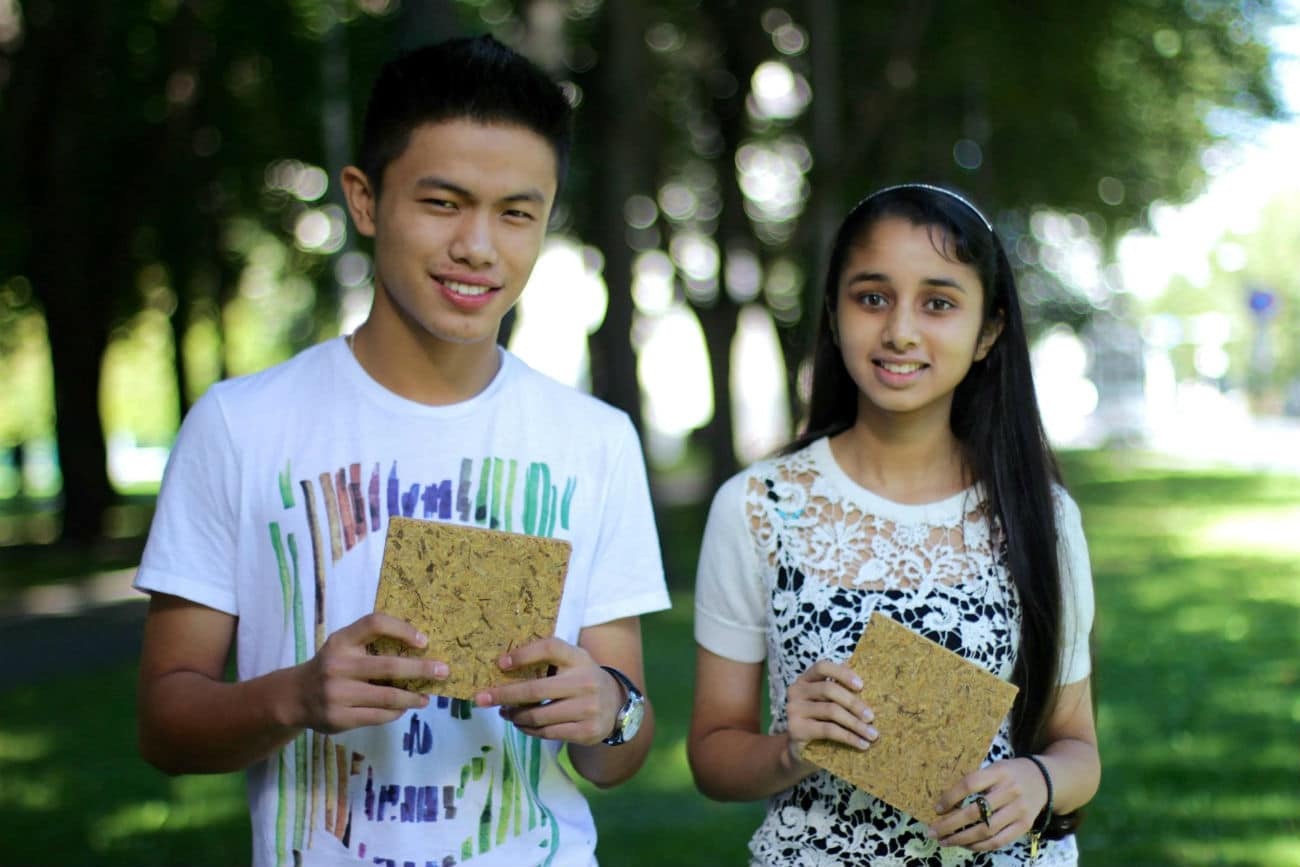 In India, 16-year-old Bisman Deu saw all those rice husks being burned and wondered whether they couldn’t be put to better use. So she started experimenting in the family kitchen and came up with a material she calls Green Wood.

Her creation is a waterproof participle board that is fungus resistant and mud-proof, making it a good alternative to the earthen bricks used by many poor farming families around the world, especially when monsoon season arrives. Turning the rice waste into a useful building product instead of burning it keeps carbon dioxide out of the air and augments farm income because now farmers can sell the waste rather than destroying it.

Deu has been recognized by a Junior Achievement award and praise from UNICEF for her creation. 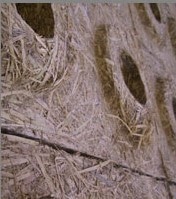 Meanwhile, in Goleta, California, a start-up company called Oryzatech, formed by architect  Ben Korman and  his partner Jay Ruskey, is experimenting with building blocks made from compressed rice straw and glue. Looking much like oversized Legos, their Stak Blocks have three times the insulating power of a 2X6″ studded wall and are easier to handle than straw bales, which have become popular for making sustainable buildings.

A 1′ by 1′ by 2′ long Stak Block weighs 30 pounds and can be easily maneuvered by one worker. Like straw bales, they require a concrete foundation and must be kept dry with exterior siding. Sheetrock and paneling can be screwed to the interior surface. Korman thinks the blocks will sell for about $8.00 each once production ramps up.

Both products take waste agricultural products and turn them into carbon neutral, sustainable building materials. Both can be made locally near where rice grows, reducing the energy and expense needed to haul the waste to a factory.


« A House Fire Cut One Family’s Energy Bills in Half