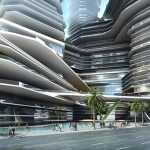 The Cloud Citizen in Shenzen 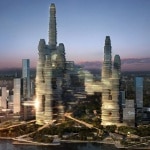 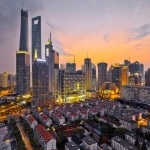 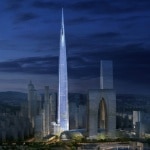 Zhongnan Centre will be the world’s 3rd tallest building.

The United States has 9 cities with a population of 1,000,000 or more. China has 140- and that number is growing. China’s cities will not be like Los Angeles or Phoenix, however. Instead of sprawling expanses of suburbs and single family homes that stretch from horizon to horizon, China wants its cities to grow UPWARD rather than outward.

Thirty years ago, most people in China were farmers. By 2011, half lived in cities. By 2030 it is estimated one billion people, or 70% of the population, will be urbanites. After the great global economic meltdown of 2008 caused a dramatic decrease in Chinese exports, the government decided to focus more on domestic spending.  Premier Li Keqiang has called urabanization a “huge engine” for growth. What the Chinese government wants now is more and bigger cities to fuel that engine.

Construction in China, then, is booming. The world’s second-tallest building, the Shanghai Tower, is due to be completed next year- and that’s just one of many examples of mega-architecture going up. In fact, within 5 years, experts expect that 6 of the 10 tallest buildings in the world will be located within its borders.

Architects and city planners are focusing on creating enormous interconnected vertical cities- structures like the Cloud Citizen in the city of Shenzen, which will be a mini-city within a city and which are similar, in concept, to the “self contained” city in a mine concept we shared a few weeks ago. It will have offices, parks, cultural facilities and homes with an ability to harvest rainwater, produce food and create power from the sun, wind and algae. Some think the denizens of these enormous structures may be born, live their entire lives and die without ever leaving their designated building.

Antony Wood, executive director of the Council on Tall Buildings and Urban Habitat, a non-profit organisation that keeps the world’s largest database on skyscrapers, tells The Guardian, “It’s no accident that every science-fiction film, from Metropolis to Blade Runner through to Star Wars, envisages the dense, multi-level city of the future. The reason is because it completely makes sense.”

Vertical Cities are the Future

The United Nations Population Division projects that by 2050, two thirds of the world’s population will live in urban environments, up from 54% today. Factoring in population growth, that translates into 2.5 billion more people living in cities than there are today.

Yosuke Hayano, principal partner of MAD Architects in Beijing says “We have to find the solution of how to move towards more density but to keep the human scale. People are very sensitive to space.” MAD uses the concept of shan shui (“mountain water”) in its designs – a reference to the way cities were strategically positioned in ancient China near rivers and mountains.

The mammoth 5 million square foot Zendai Himalayas Center under construction in the city of Nanjing features a ring of undulating hill-shaped “towers” around a cluster of low buildings with vertical louvers creating the impression of waterfalls. This mimicry of nature, MAD believes, imbues urban environments with humanity.

Ole Scheeren, a German architect based in China and Hong Kong, thinks architects need to “move away from the isolation that is embedded in the typology of the tower”. He adds, “Where towers used to be relatively monotonous and simple repetitive structures, they’re becoming more integrated and connected and also vertically diverse. In that sense they will, I believe, attain more aspects of the words everybody likes to use: ‘vertical cities’.” 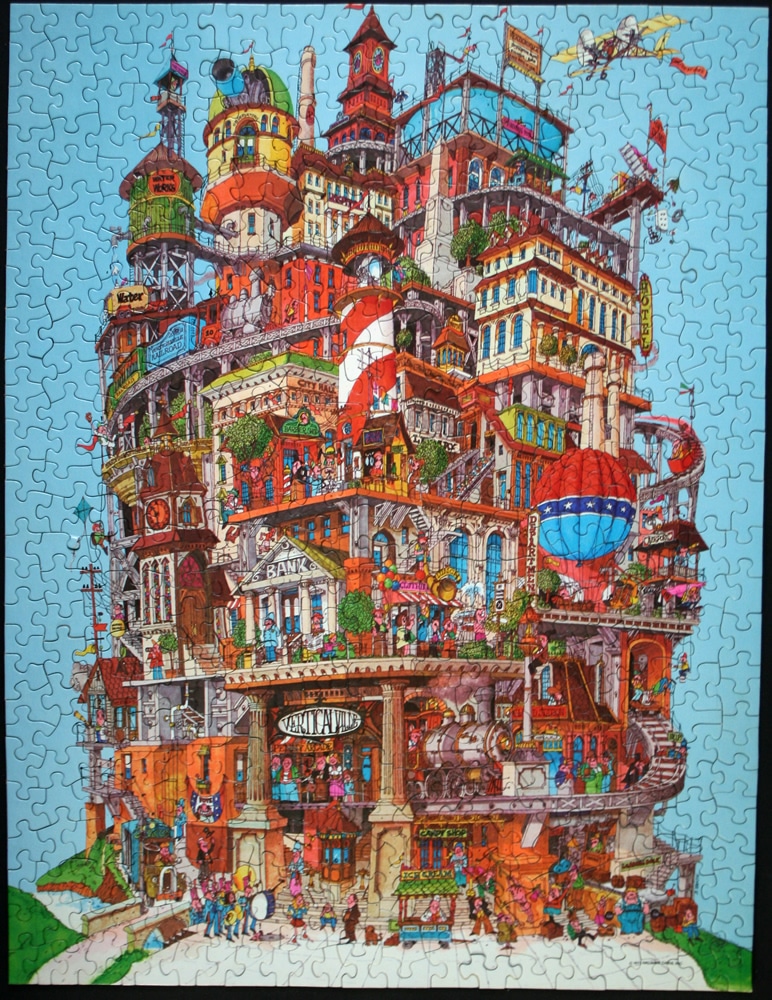 When my daughter was young, we used to while away winter afternoons doing jigsaw puzzles. One of our favorites was called “Verticalville”, a whimsical fantasy that eerily predicted the megalopoli and vertical cities of , today. What do you think of it?