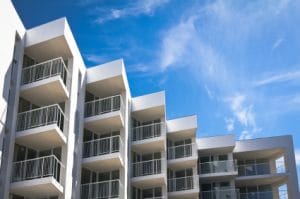 Pike Research forecasts that from the 61,000 resCHP systems that were installed in 2011 that an approximate 50 percent increase of systems will be installed this year and that approximately 13.5 million homes will benefit from the use and implementation of these systems by 2022. The systems are small generation systems that produce electricity for residences while also capturing heat that would normally go to waste.

There are many advantages to the use of resCHP systems. These include helping with residential power costs as they fluctuate season to season, helping maintain fuel levels as they become more scarce, systems can go online more quickly than traditional large centralized power stations, helping reduce the demand of pressure on the electrical grid, helping reduce the inefficiencies that are common in centralized power generation, transmission and distribution, and helping thermal heat to be converted to heat or cooling if coupled with an adsorption chiller.

“Besides being more efficient than the traditional power grid and easier to build than conventional power stations, resCHP systems have the additional benefit of producing thermal energy that can be used as heat, converted to electricity, or converted to cooling when coupled with an adsorption chiller,” says research director Kerry-Ann Adamson. “Particularly in developing regions such as Africa, the Middle East, parts of Asia Pacific, and Latin America, these systems offer a cost-effective alternative to expensive, traditional power stations and grid installations.”

Driven by concerns about grid reliability, meeting growing demand for electricity, increasing grid efficiency, and reducing greenhouse gas emissions, governments around the world are also focused on increasing subsidies and other incentives for the adoption of resCHP systems. Thus far Germany and Japan have enacted the strongest policies favoring the adoption of resCHP technologies.

Hopefully Pike Research’s forecast is correct and that the United States becomes an active member in the installation and use of the resCHP systems along with the rest of the world, whether third world or first world countries. The concept is sustainable and cost effective for residential houses and the demand should be worldwide.

Guest Post on Going Green: Investment or Liability? Points to Consider When You Get an Eco Home »