See-through windows that generate electricity are starting to attract expanded interest. New Energy Technologies, a developer of see-through SolarWindowT coatings, has announced that its technology has set a new record for generating electricity while remaining see-through with over 50% greater power than prior attempts publicized by others. 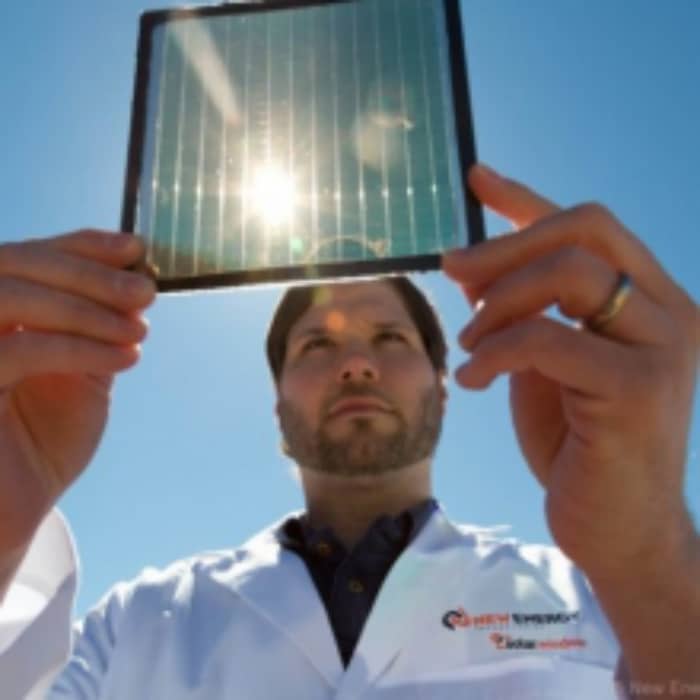 For those wanting a blend of visual acuity and clean energy, this statistic should provide a significant boost to market appeal.

Speaking about this technology, New Energy spokesman Jerry Schranz writes, “The prospect of applying SolarWindowT to all four sides of a building provides a significant advantage over conventional photovoltaic solar-power systems.  New Energy’s SolarWindowT is capable of operating in both direct, diffuse, and shaded sunlight conditions; conventional systems suffer large efficiency losses, if able to work at all, under such conditions.”

He adds, “SolarWindowT also generates electricity from both natural and artificial light sources such as fluorescent, light emitting diodes (LED), and incandescent lights in offices; conventional systems become less efficient under these conditions, and again, may not work at all. Unlike traditional building-applied photovoltaic (PV) systems, restricted to use in direct sunlight on very limited skyscraper rooftop space, SolarWindowT is designed to operate in sunlight and shaded conditions on the many thousands of square feet of glass surfaces common to today’s high-rise towers – a game-changing advantage.”

The window has been tested at National Renewable Energy Laboratory (NREL). Based on this newly validated data from the high-performance modules unveiled on March 26, 2014, New Energy’s review of prevailing published literature and scientific reports confirmed that SolarWindowT modules outperform publicized devices of comparable architecture, size, and design by over 53% in terms of power production – a major achievement and new record.

“We’ve long been confident that our SolarWindowT modules are more power efficient and larger than any other like-technology. Now, our target customers – engineers, glass companies, architects, and building developers – know this to be the case,” said John Conklin, New Energy president and CEO.

The company has targeted engineering its SolarWindowT products to generate sustainable electricity, while being aesthetically appealing and economically competitive.

In a press announcement, New Energy reports SolarWindowT is currently under development for eventual commercial deployment in the estimated 80 million detached homes in America and more than five million commercial buildings. The federal government estimates that by catalyzing private sector investments in commercial and industrial building energy upgrades, may make America’s buildings 20 percent more efficient over the next decade, reducing energy costs for American businesses by nearly $40 billion.