Which type of solar panel should I choose? This is a great question – but do you have the information that you need to come to a smart, informed conclusion, and ensure that you are making the best possible solar panel choice?

Solar power has become very popular these days – and this is a trend which shows no sign of slowing down anytime soon!

The appeals are easy to see; the sun provides us with free energy, and we can harness its power using our solar panels.

There are three main types of solar panels: amorphous, monocrystalline, and polycrystalline. Each of them has its pros and cons.

Amorphous solar panels are the cheapest ones. They don’t last long because they are less efficient than other types of solar panels.

Choosing the best solar panels for your home can be a challenge – but fortunately, we have everything you need to make a smart, informed choice.

Why Use Solar Panels?

The sun is an inexhaustible source of energy that never runs out. It’s free, clean, and renewable. So why not use it to help reduce our reliance on fossil fuels?

There are many reasons to go solar. You may want to do your bit for the environment or maybe you just want to reduce your carbon footprint.

Whatever your reason, there are plenty of benefits to going solar. Here are some of the top advantages of installing solar panels at home:

Installing solar panels will significantly lower your electricity bills each month. This means more money to spend on things like food, travel, or saving up for that new TV.

Solar panels produce zero emissions so they’re great for reducing pollution in your area. Plus, they won’t contribute to global warming.

Saving money by producing your own energy gives you freedom over how much you spend. You’ll no longer be reliant on the grid and you can take advantage of cheaper tariffs during off-peak times.

When you install solar panels, you’ll be able to monitor their performance from anywhere in the world thanks to the internet. If anything goes wrong, you can easily get a repairman out to fix any issues.

By investing in sustainable technology today, you’re paving the way for a better future. As more people switch to green energy, prices will continue to fall, which means even greater savings down the line.

How Much Can You Save Each Month? You Can Install Solar On Your Home For $0 Down

Lower your electric bill, increase your property value, reduce your tax liability, and help save the world.

How Do Solar Panels Work?

Before we take a closer look at the types of solar panels, and the best options for your home, it is useful to have an understanding of how solar panels generate energy and electricity.

Solar panels work by absorbing sunlight and turning it into energy. They do this using photovoltaic technology, which converts photons of light into electrical current.

Photons are particles of light, which are emitted from the sun during the day. These photons travel through the atmosphere until they hit something solid like our planet’s surface.

Once they strike the ground, they bounce off the surface and continue traveling through the air until they reach the solar panels.

The panels absorb the photons and convert them into usable energy. This process is called photoelectricity.

In order to understand how solar panels work, we first need to look at what happens when a photon hits the earth’s surface.

A photon is a particle of light, which has no mass. It travels at the speed of light, 186,000 miles per second.

Because of this, a photon takes only 8 minutes to travel across the entire Earth. During this time, it travels approximately 93 million miles.

After it reaches the earth’s surface, the photon bounces off the surface back towards the sky.

In addition, the photon also loses some of its energy due to friction between the photon and the ground.

This loss of energy is known as the kinetic energy. The photon now has less energy than before it struck the ground.

Once the photon leaves the ground, it continues traveling through the atmosphere. The atmosphere consists of many layers of gasses that affect the path of the photon.

One layer of gas that affects the path of the photon is nitrogen. Nitrogen molecules contain a single electron, so they attract the negatively charged photons.

This means that the photons lose more energy while passing through the nitrogen molecule. Another layer of gas that affects photons is oxygen.

Oxygen molecules have two electrons, so they repel the negatively charged photons. Therefore, the photons gain energy while passing through the oxygen molecule.

Each wire is coated in silicon. Silicon atoms are positively charged, so they attract the photons.

After the silicon atoms are completely depleted, the solar cell begins to absorb photons again.

The solar cell will continue to do this until there is enough sunlight to power your home or business. As the photons pass through the solar cells, they cause them to produce electricity.

How Much Does Solar Power Cost?

When you compare solar power systems, you might notice that they cost quite a lot more than traditional sources of energy. However, this doesn’t mean that you shouldn’t invest in solar panels.

In fact, if you consider all of the costs associated with running your household (such as heating water), then solar could end up being one of the most affordable options.

There are a number of different types of panels, each using its own type of solar cell technology, and we will explore these below.

Polycrystalline solar panels are made from silicon wafers. These wafers are sliced from large blocks of silicon and then processed into individual solar cells.

The polycrystalline panels consist of hundreds of these solar cells connected together.

They tend to be a little less efficient than the other options, and so are usually less popular than other forms of solar technology.

Monocrystalline solar panels work by using just one block of silicon instead of several smaller ones. This creates a single crystal that’s perfect and unblemished.

Amorphous solar panels are created when molten glass is poured onto a spinning wheel. The material cools quickly and solidifies before hitting the ground.

This process produces a sheet of glass or thin-film panels that can be cut into any shape needed.

The difference between amorphous silicon and crystalline panels is quite simple.

Both types use silicon as the main component in their construction; however, the way in which this silicon is arranged differs greatly.

In crystalline panels, the silicon crystal pieces are arranged in a specific pattern so that electrons can move through them easily.

In contrast, amorphous solar panel silicon is arranged randomly, meaning that electrons can flow freely through it.

What You Should Consider When Choosing Types Of Solar Panels

There are many different types of solar panels available on the market today. Each type offers a different set of benefits and drawbacks.

Here are some things you should consider when choosing the best way to harness solar energy for your home.

One of the most important considerations when buying solar panels is how much money you’re willing to spend.

If you want the highest efficiency possible, then you’ll need to pay extra for them – this will soon pay for itself in terms of the energy saved, but will mean a higher initial investment.

However, if you don’t mind paying a little bit more, then you can save money over time by going with lower-efficiency panels.

Read More: Disadvantages of Solar Energy: Top 7 You Should Know

Another thing to keep in mind is the size of your roof. Most homes will have an area of about 10 square meters (110 square feet) of flat space on top of their house.

Some larger homes may even have areas up to 20 square meters (220 square feet). For these larger roofs, you might need to purchase two or three solar panels.

There are several different types of solar panels out there, each offering a slightly different set of advantages and disadvantages.

As mentioned above, crystalline solar panels offer the greatest efficiency, but they also take the longest to make.

On the other hand, amorphous solar modules are easier to produce, but they aren’t nearly as efficient as crystalline ones.

How Much Can You Save Each Month?

You Can Install Solar On Your Home For $0 Down

Lower your electric bill, increase your property value, reduce your tax liability, and help save the world.

Adding solar panels to your home is a great way to boost your eco credentials, do your part to save the planet, and, as an added bonus, save on your energy bills.

The best type of solar panel will ultimately depend on your needs, preferences, and budget, and having a good understanding of the options available, as well as an overview of how solar panels work to generate energy and electricity, you can make a smart, informed decision that benefits your home, your finances, and your family 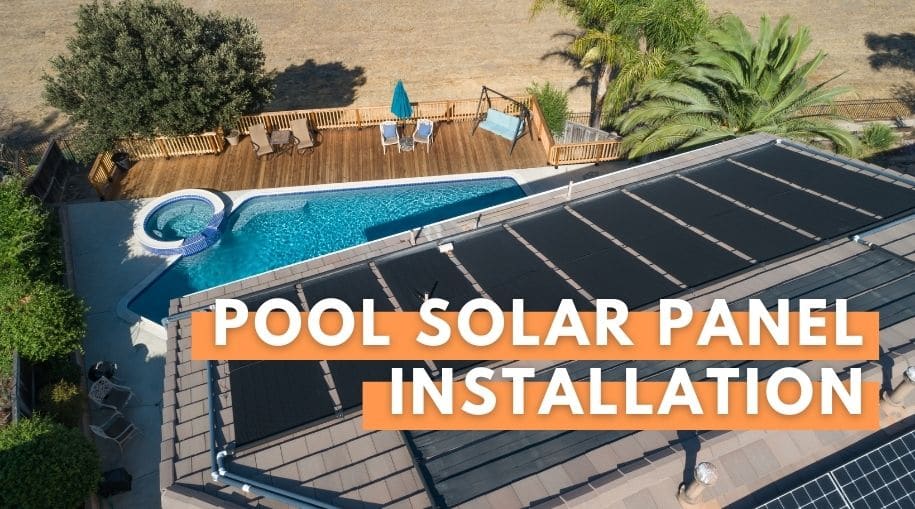 Have you heard of pool solar panels? Well, it's not too late to jump on... 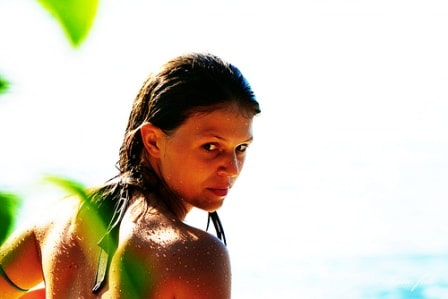 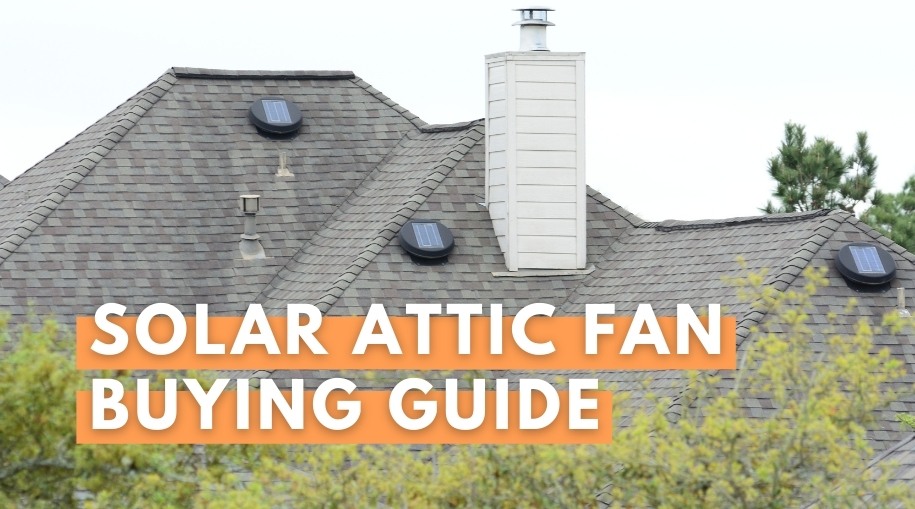 Looking for the best solar attic fan from the hundreds of options available online? We... 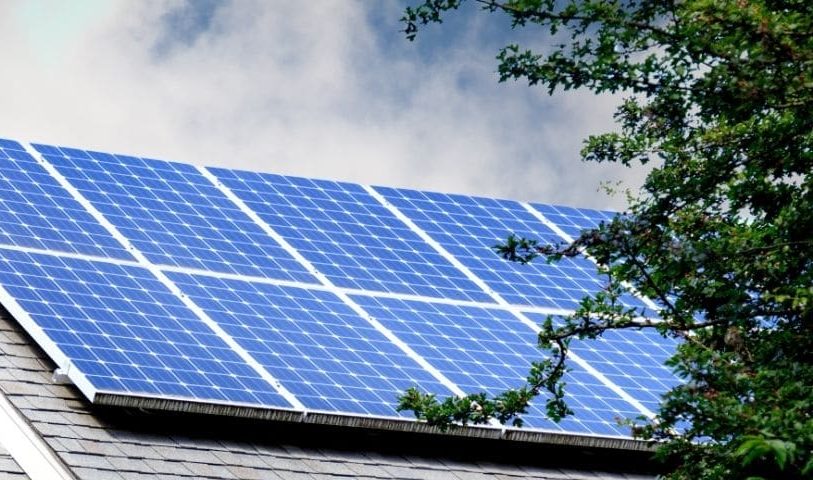 How To Power A Shed With Solar

Solar panels are very useful because you can use them to generate your own energy.... 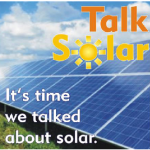 For those wanting to stay current about solar energy, this is a good program to... 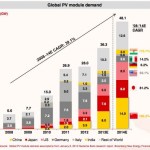 Originally published on RenewEconomy. This graph, from a recent presentation from Canadian Solar, the world’s... 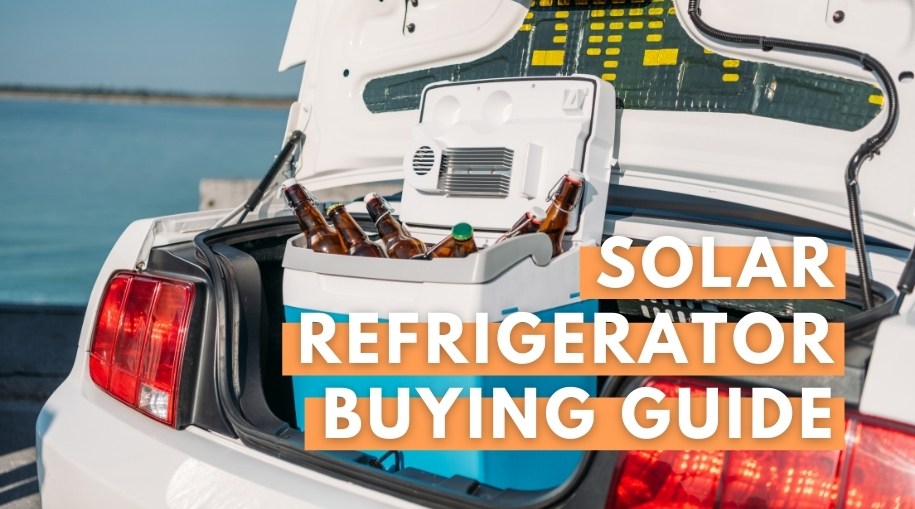 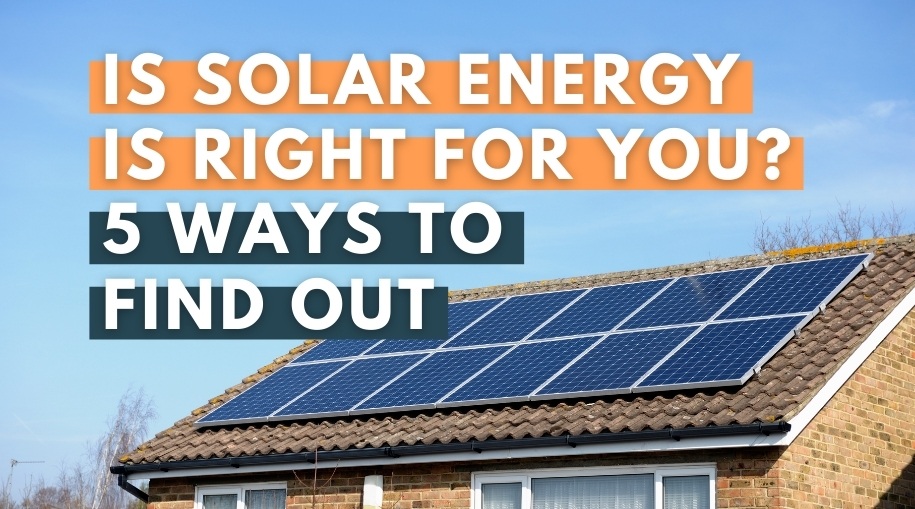 5 Ways to Determine if Solar Energy is Right for You

Solar is one of the fastest growing alternative sources of energy, with its adoption increasing...