If you’re interested in switching to solar panels, you’ve doubtless seen a few companies promising ‘free solar panels.’ What they are basically offering is to install a solar energy system on your roof free of charge.

But is this actually the case? Well, as the old saying goes, if something seems too good to be true then it probably is.

Still, that doesn’t mean you can’t get good deals on solar panels, or have some money knocked off. Below, we’ll talk about what free solar panels actually mean, and what government incentives and loans are available to switch to this much greener way of powering your home. Let’s get into it!

What Does Free Solar Panels Even Mean?

Firstly, let’s break down the term ‘free solar panels.’ This, and ‘no cost solar program,’ are used to advertise solar lease or solar power purchase agreements (or PPAs).

But with either arrangement, a company places solar panels on your roof with no up-front fee, but you will be charged for the electricity they produce. While most offers do save you money, some offers won’t, and this is why it’s important to carefully review your options.

Another option is to buy your solar panels outright, or to finance them with a zero-down solar loan, which we’ll get to later.

Usually, when companies talk about ‘free solar panels’ they are referring to solar leases and PPAs. With these financing arrangements, a solar company will install solar panels on your roof without charging you upfront for the installation, enrollment or maintenance.

This may seem like a win-win situation, as your house will be using clean energy, and you don’t have to pay for the pleasure.

However, there is a catch in that you technically don’t own the solar system on your roof, and the solar energy produced by the panels is not included in a ‘no cost’ solar program.

However, as far as shrinking your carbon footprint goes, it doesn’t matter which solar company you go with as they all help you reduce it in the same way. The financial aspect is what’s important when discussing free solar panels.

While going solar is of course an important, and beneficial step in saving the planet, like any other company, solar companies do want to make a profit. Solar lease providers make money by selling you electricity, usually at a lower cost than what you traditionally pay for utilities.

SolarCity was once the king of the solar lease market, but so many other companies have joined the fray, making for a more competitive marketplace. It’s a plain fact that solar leases can save you more money than others, it’s now up to the consumer to decide what offer is best for them.

Even if you’re more about being environmentally conscious than financially shrewd, you should still ship around.

What makes solar leases so revolutionary is that, as long as you have a roof, anybody can make the switch to solar power. Solar leases were key in removing the cost barriers of going solar, when solar system prices were once so cost-prohibitive.

Solar systems are now more accessible and affordable than ever, now there are more financing options available for going solar. The solar loan is the most significant, combining the ‘zero-down’ component of the solar lease with the advantages of system ownership.

Before you commit to a ‘free solar panel,’ or ‘no cost solar program’ arrangement, be sure that what you’re being offered is the best deal for you, and that you’ve explored all other options.

Now that we know about all the differences between solar leases, PPAs, and solar loans, let’s take a closer look at the return on investment in each option. We’ll break down the advantages and disadvantages for each option.

Buying solar panels with cash: Buying a solar panel system outright usually offers the best value for money over 25 years. While the initial costs are steep, you can reap all the financial benefits and savings later, such as the incentives and tax credits.

Personal loan: When it comes to seeing a return on your investment, applying for a solar loan is the next best thing. There is no initial cost, but interest payments will affect your savings for the first 7 years (or however long it takes for you to pay off the loan), until the loan is paid off completely. At which point, you’ll get to hold on to all of your energy savings.

Solar leases and PPAs: This option is definitely worth considering for some homeowners. The most notable advantage here is that there is no upfront cost, but this can be underwhelming when you remember that the solar company will take their share of your savings each month.

By the time your warranty comes to an end, the lease or PPA will have eaten up over half of your potential savings, instead ending up as profit for whoever installed your solar panels.

The main thing you should take away if you’re considering a ‘no cost’ solar program or PPA is that the solar panel system on your roof is not yours. It instead belongs to the company that installed it.

Most agreements work in favor of the installer, and they can then claim the Federal Investment Tax Credit (ITC) and any other local incentives for switching to solar. The ITC currently represents a 26% credit on the consumer’s total costs to switch to solar.

So if a system costs $10,000 and the ITC gives $2,600 to the system owner, the company that installed the panels would be seeing that money, not you. Therefore, you don’t see any financial benefit for investing in clean, renewable energy.

However, you shouldn’t let this deter you from going solar, as there could be financial incentives offered by the government.

This is available to all homeowners in the U.S., and it lets you claim the credit when you purchase a solar energy system.

Currently, you can credit up to 26% of your spending on the purchase as well as all the installation costs. However, this tax credit value only applies if the system is placed and is up and running by January 1, 2022.

Another advantage to this is that you can apply this 26% discount after you’ve taken any state-level incentives or rebates, which means you can benefit from federal and state incentives to help you manage the costs of switching to solar.

Win-win! When it comes to individual states, most will have an incentive program that takes the form of a tax credit, but this will vary depending on where you live. Meanwhile, many cities and counties also offer direct rebates to help you manage the costs of going solar, such as installation.

Two more notable programs include the Solar Renewable Energy Credits (SRECs) and performance based incentives. Firstly, states that are a bit more ambitious with their renewable energy goals are working hard to meet quotas associated with solar production, and this has led to SRECs.

Any eligible households with solar systems that are capable of producing more than 1 megawatt-hour (MWh) of electricity can claim SRECs.

Meanwhile, performance based incentives are rewards given to households who produce a certain amount of solar energy.

In which case, your utility provider would agree to pay you for hitting a certain quota with their solar system, whether you use it to power your home, or you return it to the grid.

While there is no such thing as a totally free solar program, solar leases and PPAs are the closest thing. However, there is a catch to both of these options, and you can reap more financial benefits from purchasing your solar panels outright or taking advantage of federal incentives.

Fortunately, solar power has now become ubiquitous, and it’s easier than ever to make the switch. It’s just a viable utility option for many as more traditional ways of powering your home.

You are now no longer stuck with just one solar company, there are now plenty to choose from.

However you make the switch, solar is sure to be less expensive than what you’re paying for utilities right now, so it’s definitely worth looking into – even if just for the financial benefits! 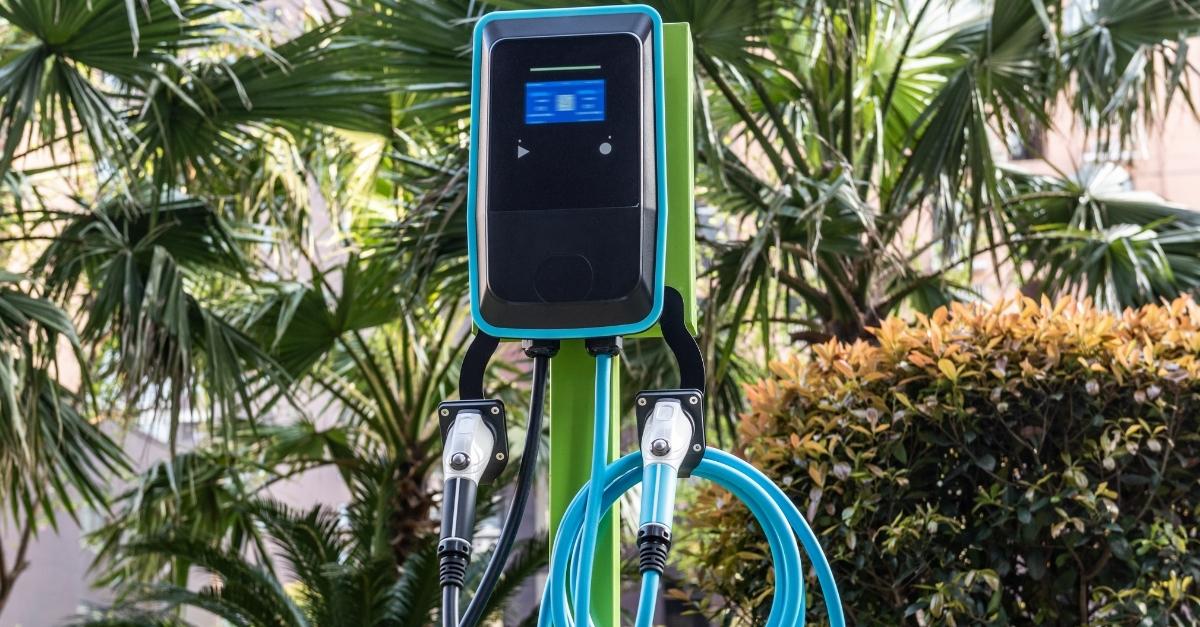 Guest Infographic: The Impact of Solar Charging Stations on Our Health 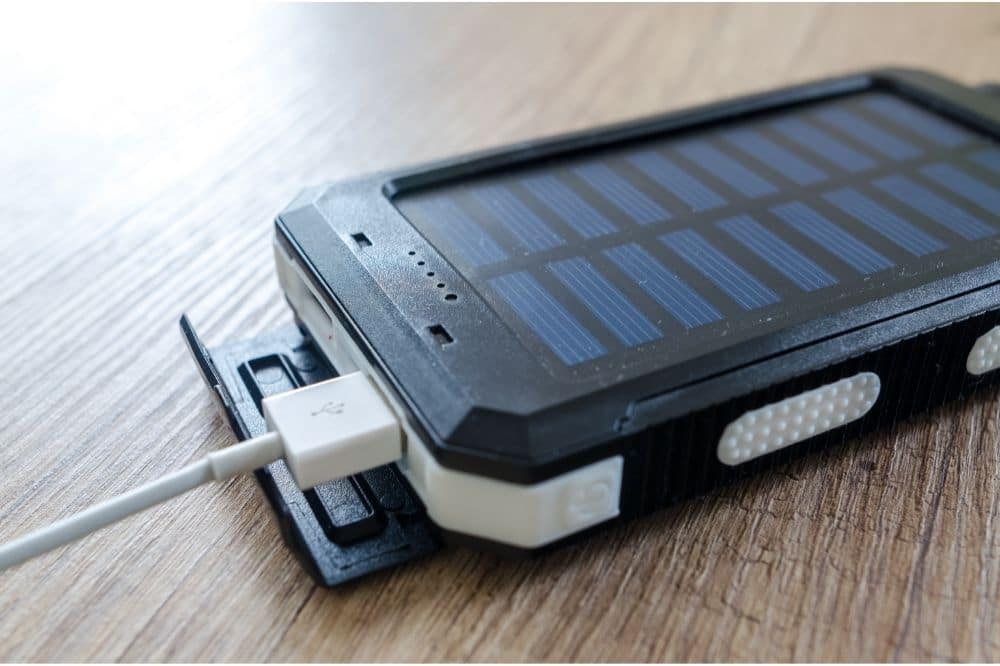 Most of us have a dependency on the grid. Plugging our cellphones, digital cameras, ebook... 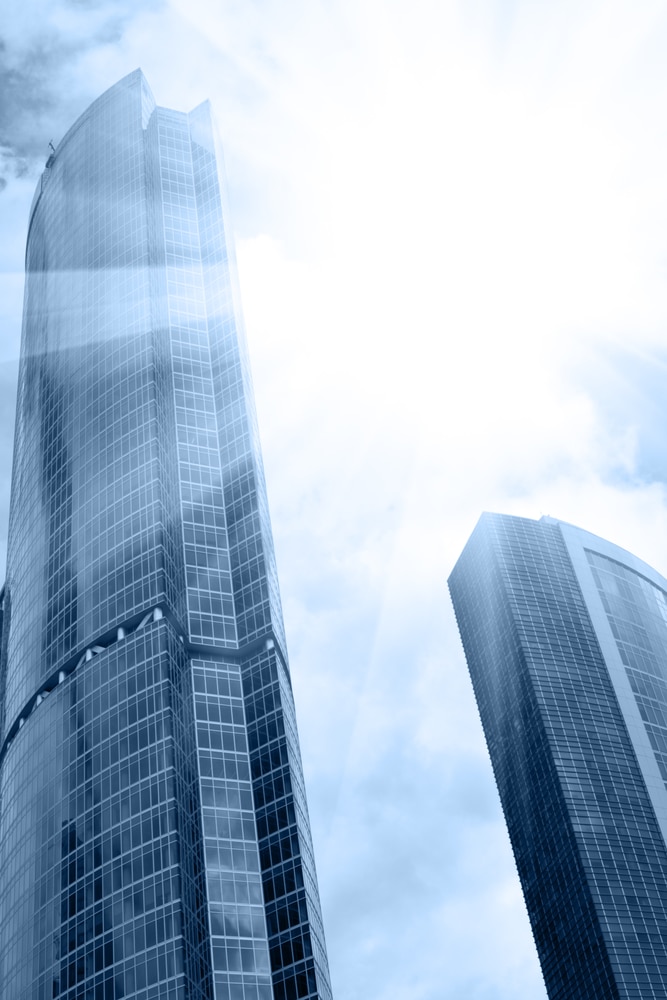 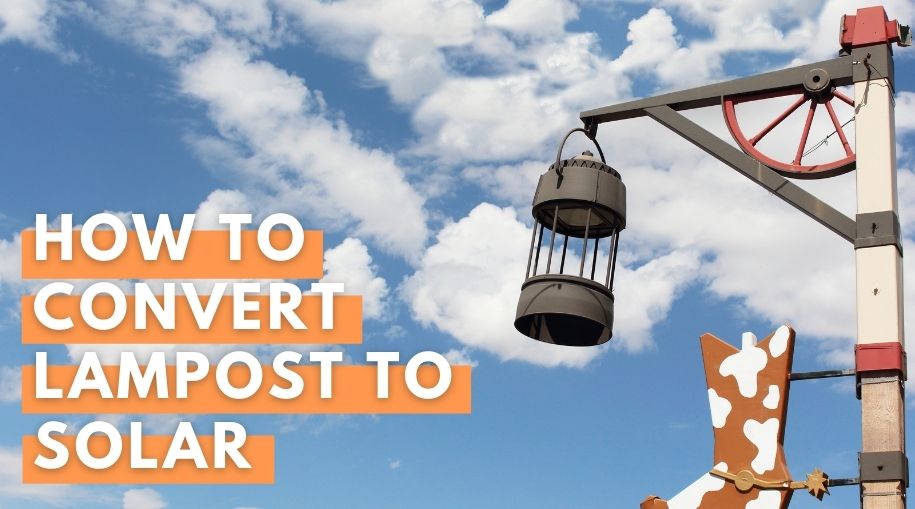 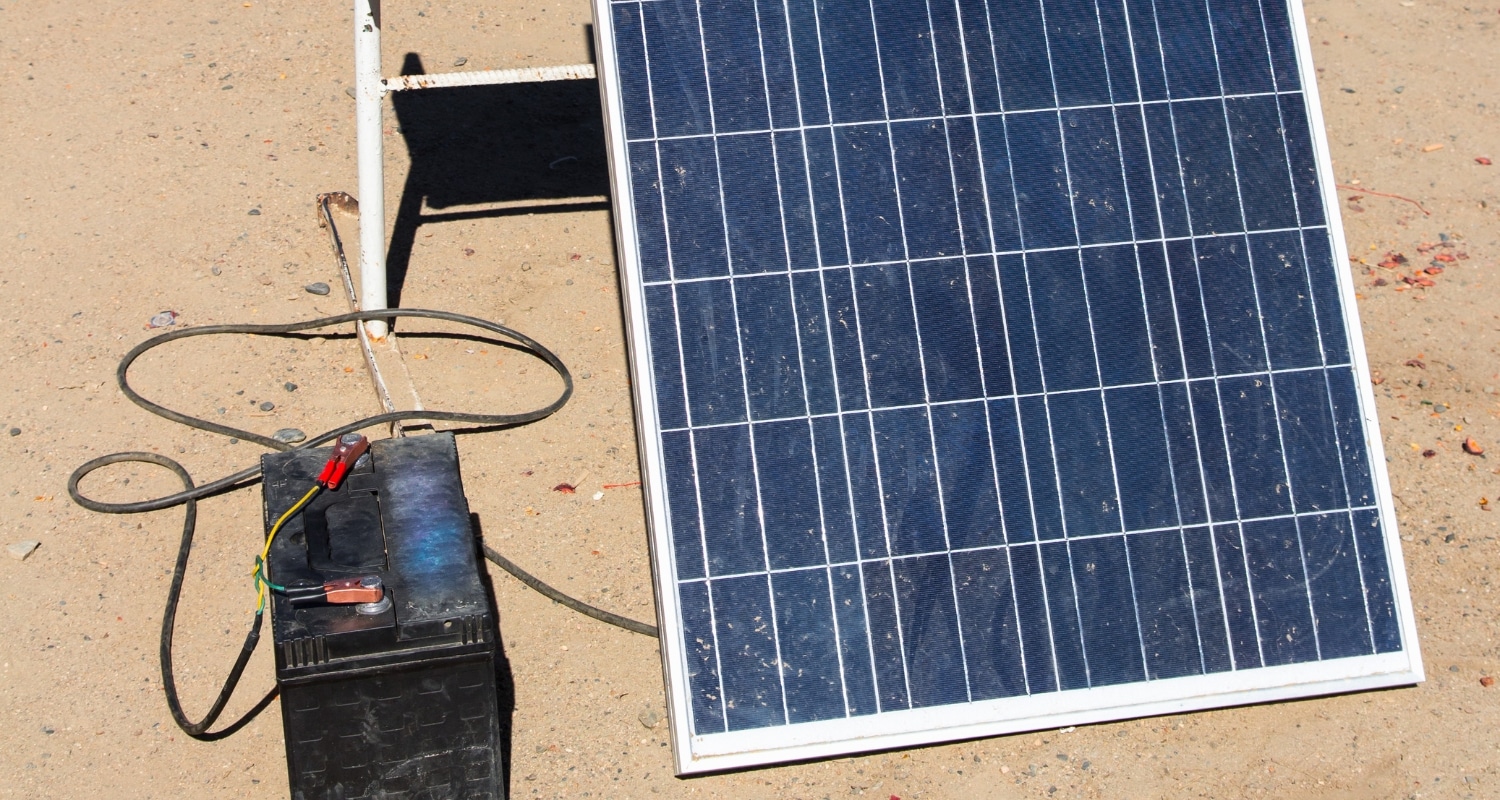 What Will A 100-Watt Solar Panel Run? 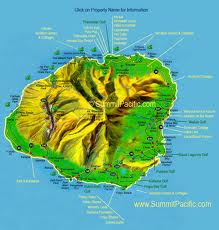 Grove Farm, headquartered in Lihu’e, owns approximately 40,000 acres on Kauai, making it one of... 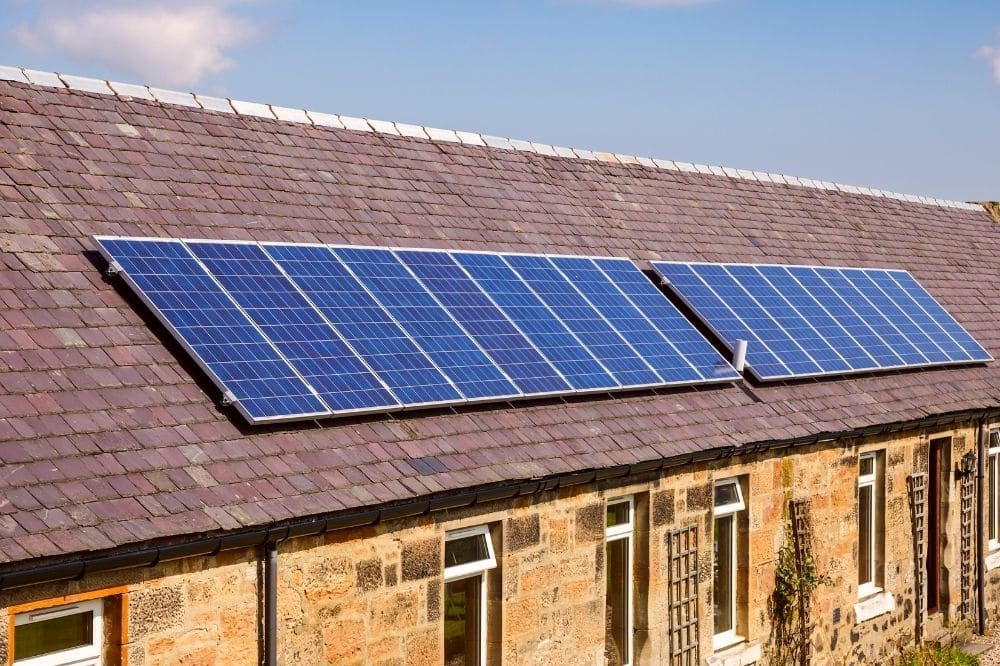 Best Solar Generators For Home That You Can Buy Right Now

Are you stocking up on supplies in preparation for a power outage? Solar energy delivered... 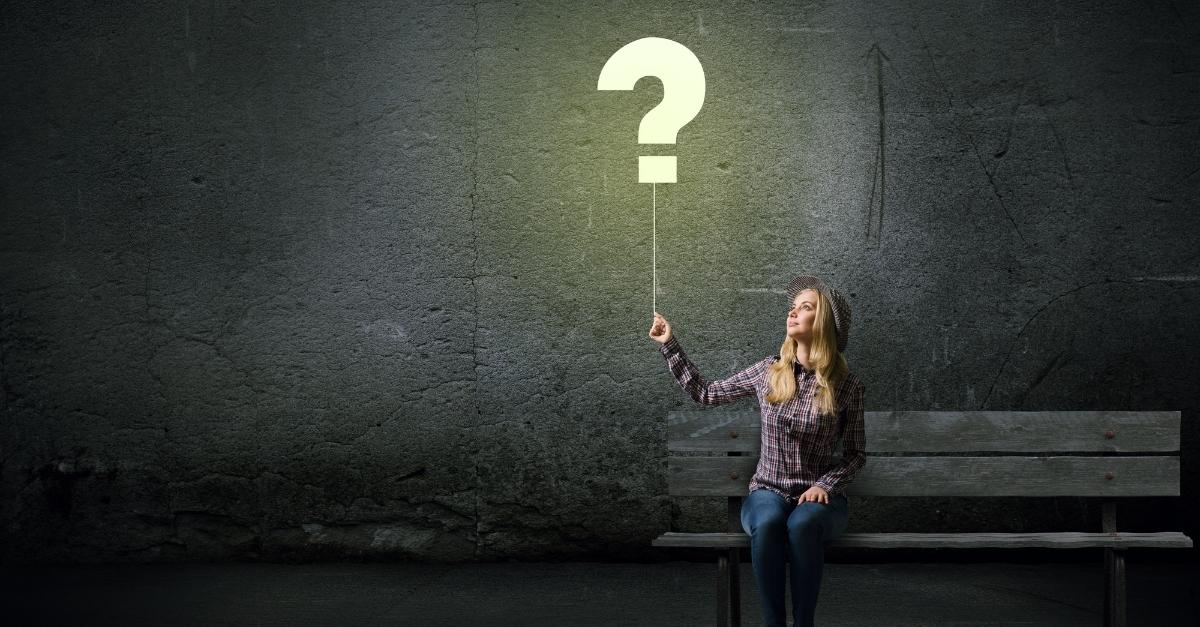 Solar panel systems have come down in cost, but a typical household installation costs between...