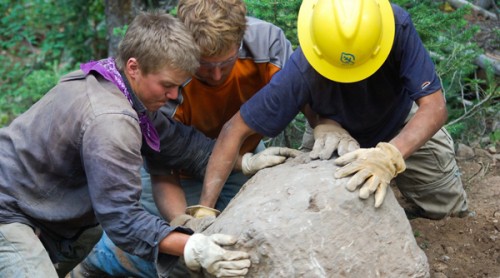 For the month of March, college students from around the country will visit two of this country’s most environmentally challenged habitats for an expense-paid week of hands-on conservation at the Everglades and Joshua Tree National Parks.

“I jumped at the chance to spend my spring break protecting these awesome natural wonders,” states volunteer Oliwia Baney, a geography major at UCLA. “I can always go out and have a good time. My priority right now is to help save these national parks for future generations.”

American Eagle Outfitters Foundation Director Marcie Eberhart says the vision and passion of the Alternative Spring Breakers inspires all who love the outdoors. “These future conservation leaders set a tremendous example for all of us. American Eagle Outfitters is proud to partner with SCA for the fifth consecutive year in engaging young people in meaningful acts of volunteerism and environmental conservation.”

This is the second year in a row that SCA Spring Breakers have brought their conservation prowess to Florida; last year, students extended a portion of the Florida National Scenic Trail outside Orlando. Through this and other SCA service programs, 150 SCA volunteers have rendered more than 94,000 hours of service to 36 natural and cultural sites across Florida in the past year alone. This service, valued at over $2,000,000, includes protecting sea turtles at Canaveral National Seashore, mapping shipwrecks at Biscayne National Park, and providing environmental education at Apalachicola National Forest.

According to the National Park Service, more than half the Everglades have disappeared over the past century as water is diverted from natural wetlands. Development, air pollution and exotic plants pose substantial hazard to the Joshua tree, which grows only in the American southwest.

During each of the four sessions, students will camp at or near their work site. The program also includes a day of environmental education as provided by national park rangers and SCA staff.