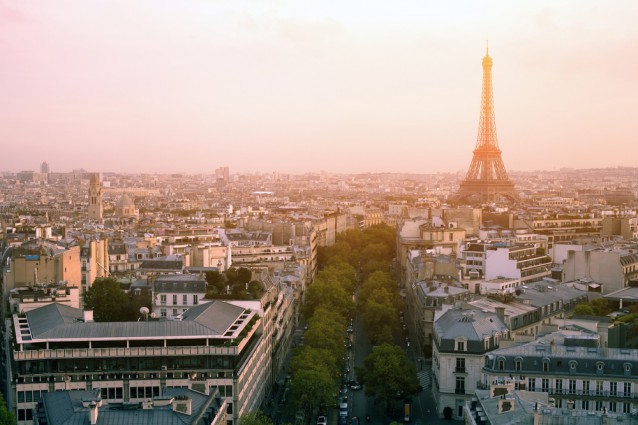 On March 19, France approved a new law that mandates all new roofs in commercial zones be partially covered in plants or solar panels. France currently lags far behind its neighbors in solar power with only 5 gigawatts of capacity. Compare that to Germany, which boasts more than 40 gigawatts of installed solar power.

Benefits Of A Green Roof

First, a green roof benefits a building itself. A layer of plants such as  grasses, shrubs, and flowers, provides insulation for the building, reducing the amount of energy needed for heating and cooling. It also creates a green space for building residents to enjoy, something that is often in short supply in cities.

A green roof also retains rainwater and that decreases runoff and related drainage issues. Birds congregate in the foliage and may even build their nests in the trees and shrubs. Another important factor is that a green roof acts as a natural environmental filter to reduce air pollution.

Second, green rooftops benefit the entire urban community because they decrease the “heat island” effect.  Large cities get 1.8 degrees to 5.4 degrees warmer than surrounding areas in the day and remain as much as 22 degrees warmer at night, according to the EPA. Buildings that replace open land and greenery contribute to the “heat island” effect because their roofs absorb more heat during the day than they can give up overnight. Plantings and solar panels on the tops of new buildings reduce that excess heating effect.

Requirements Of The Green Roof Law

The law only requires that a portion of new roofs be covered with vegetation. As originally drafted, it would have applied to the entire roof surface. The law was also modified to allow solar panels to be substituted for vegetation.

The new rooftop law will serve as an example to other countries and comes at a good time for France, which will be hosting the United Nations’ climate summit coming to Paris at the end of the year. Will this idea catch on in North American cities like New York or Chicago? Sunbelt cities like Dallas and Phoenix could benefit from such rooftop policies as well.