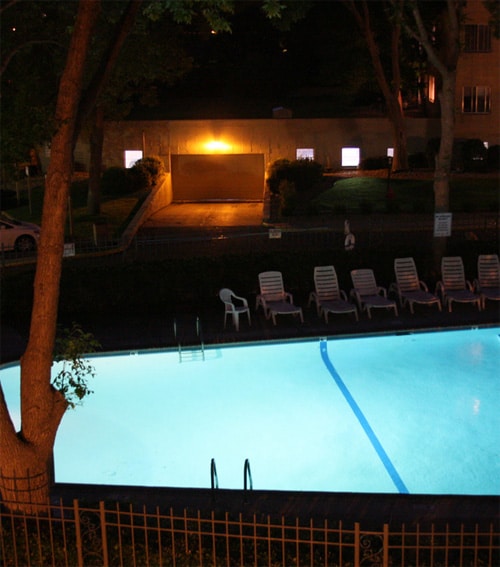 We are by now accustomed to measuring carbon emissions in terms of “taking X many cars off the road”.

We know cars are responsible for carbon emissions. So we are used to sneering at hoggy cars that wastefully emit so many tons of carbon per year:

(In fact, measuring carbon footprints in these terms is by now such a cliche that the measure:  carsofftheroad will probably wind up as a regular metric that kids learn in school, just like feet and pounds are now: Phrases like I took 15 carsofftheroad last week installing 3 kw of new solar will be as readily understood as I lost 15 pounds last week running the marathon.)

But this week; doing a pre solar (thermal) efficiency analysis for an apartment complex – I noticed a surprisingly huge source of wasted energy that has thus far escaped notice and ridicule (well, mine, anyway) and that is: swimming pools.

One of the hoggiest sources of absolutely stupidly wasted energy can be the apartment pool. More than half the gas bill can go to take the chill off a huge, and usually empty, pool.

Municipal pools are typically covered at night to keep the heat in. Home hot tubs are the same. But apartment complexes simply leave the whole thing exposed to the chilly night air. Even when the cost of keeping pools and hot tubs warm go to well over half the energy cost of the entire complex, the marketing people simply won’t allow the pool to be covered at night.

So here it is for your consideration. It’s the new pig on the block. We have the carsoffthe road. We have the lightbulbsreplaced. Next we should look at apartment pools and see them as a similar measure of pigginess. Worse in some ways, as the solution is so simple.

Apartment pools should be covered at night. It’s the climate-friendly thing to do.

Open Windows for A Healthier Home »