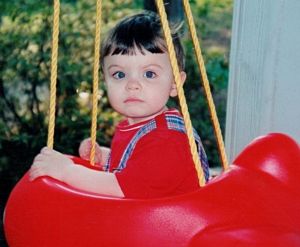 While autism rates have been climbing at a frightening rate, its root causes have remained elusive.  Researchers at the University of California, Davis M.I.N.D. institute have concluded that the focus of autism research should shift away from genetics or accounting practices and toward the increase of toxic chemicals and infectious microbes in the environment, especially in the home. Since 1990, autism rates in California have increased 600 to 700 percent. The study, published in Epidemiology, suggests that environmental toxins like metals, pesticides, and infectious agents could play a large part in the increase.

The dramatic increase in autism rates in California has been attributed to several factors, including increases in families bringing autistic children into California and changes in how autistic children are diagnosed.  To address the first issue, the study only looked at California natives. The second issue, accounting practices, played a small part in the increase, but no more than 20% of the overall increase.

With these factors ruled out, said M.I.N.D. researcher Irva Hertz-Picciotto, genetics and environment become the most likely, “and genetics don’t change in such a short period of time.” Hertz-Picciotto is currently involved in two large studies investigating the possible environmental causes of autism, including one that is looking into flame retardants and pesticides. A new study reported by Scientific American found a link between the increase of phthalates, a compound used in vinyl and cosmetics, and autism rates.

Perhaps not coincidentally, the M.I.N.D study began soon after a 2005 Center for Disease Control and Prevention study that showed that most American children and adults carried within their bodies dozens of potentially toxic pesticides and chemical compounds used in consumer products. While the study showed that levels of certain known harmful chemicals like lead have decreased after greater awareness and regulation, the levels of chemicals whose effects are unknown have greatly increased. For 148 chemicals listed in the report, the CDC admitted they do not know the potential health effects.

Fetuses and newborns are at most risk to harmful chemicals because of the enormous cell growth. The CDC study showed that one in every 18 women of childbearing age in the United States had mercury in their bodies that exceeded the EPA’s safe levels. In their early years, children are at higher risk due to the chemicals in flame retardants, their habit of putting everything in their mouths, and crawling on the floor – and their bodies are less able to metabolize them.

One of the key elements of green building is increased indoor air quality, including the limiting of VOCs, or volatile organic compounds, in the home.  These studies highlight the need for better indoor air quality measures and greater education among homeowners and product manufacturers.  Additionally, the fact that hundreds of chemicals without known health effects are in widespread use should spur the CDC and EPA to push for their testing or removal from products until they are proven safe.

*Note:  The original version of this article mistakenly implied that the study ruled out vaccines as a cause of autism.  I apologize for the mistake.  In order to return the focus of the article to the issue of harmful chemicals in the home, I have removed the parts discussing vaccines.


« A Wind Turbine for Every Rooftop?