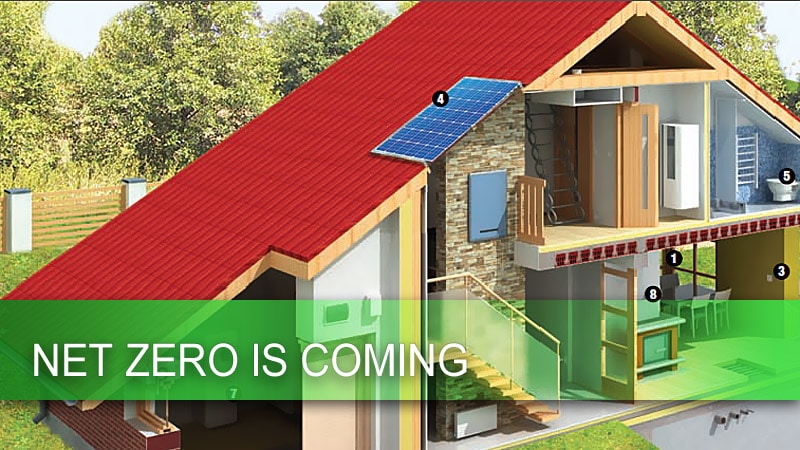 Hidden in the suburbs of Sacramento, California, in an otherwise unremarkable subdivision, is the ZeroHouse. The ZeroHouse is special because, as its name suggests, it uses zero net energy from the region’s electrical grid, making it one of America’s first net zero homes– and it wasn’t significantly more expensive to build than the rest of the houses in the area, either!

Built by homebuilder KB Homes, the 2600 sq. ft. ZeroHouse uses an advanced, grey water recycling system to save water, a home solar PV system coupled to a lithium-ion battery storage system that helps it save “charge” from low-demand daytime hours to high-demand evening, and triple-pane windows with a fully-sealed attic to keep things humming along at maximum efficiency. All in, the ZeroHouse lists for $535,000— or just 8 percent more than neighboring homes, according to Future Structure magazine.

“KB Home’s groundbreaking efforts to incorporate the latest water … and energy-saving technology into homes have been simply astounding,” Lancaster, CA Mayor R. Rex Parris told reporters earlier this year, following the unveiling of a ZeroHouse there. “These are exactly the type of partners we need in our journey to become the nation’s first net zero city.”

ZeroHouse is just one example of what’s coming as the cost of home solar PV systems and other “green” technologies rapidly fall- and homes like ZeroHouse are making governments re-think building codes and zoning laws.

“(Building code that) targets performance allows developers to design a building that doesn’t fully follow the specific techniques defined in the code,” says Duane Jonlin, energy code and energy conservation advisor for the Seattle Department of Planning and Development. “Instead, if (builders) can prove the building meets the required performance levels of real-world energy use data, they can use alternative technologies or methods that are more suitable for the project.”

Getting cities and states to apply target-based building codes would be great- but there are obstacles, like policing, still to be considered and planned for. It’ll be a while, then, before we can expect to see a total re-think, but the change is coming- and net zero neighborhoods could be closer than you think!

You can read about the KB Homes ZeroHouse and the impact that net zero construction is having on neighborhood planners over at GovTech.com, which has a comprehensive article on the subject here. Too learn more about how the net zero home achieves such remarkable levels of energy efficiency, check out the infographic, below. 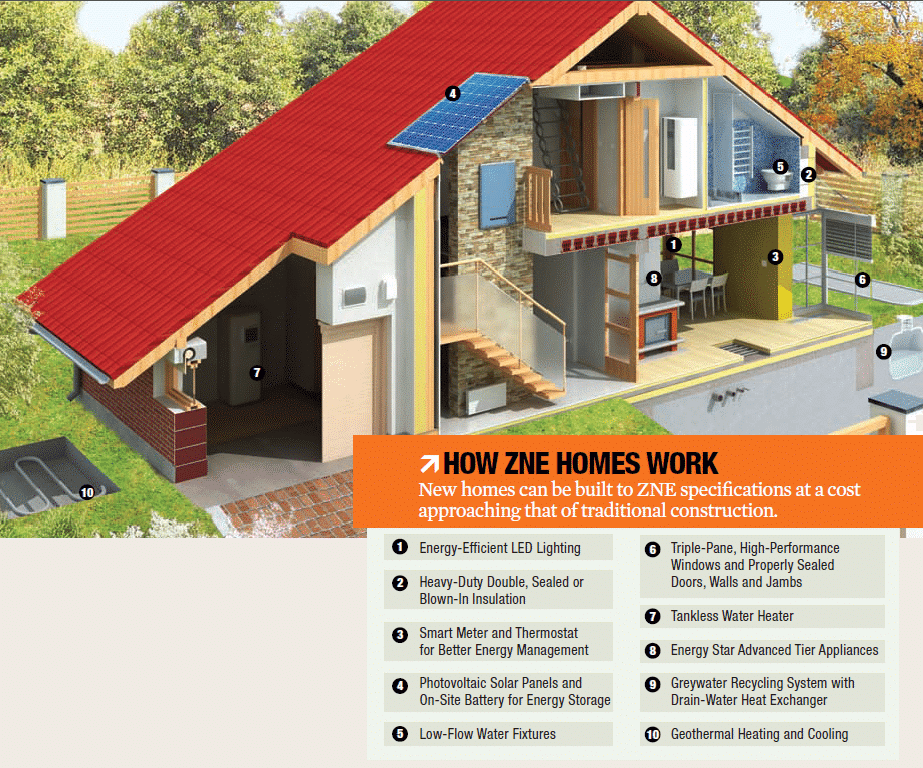