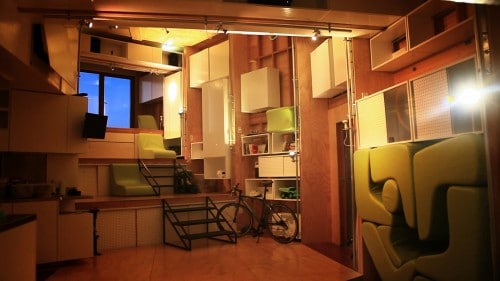 For those sustainability designers and innovators wanting a net-zero product, take a look at the Chip House, a 2011 entry in the DoE’s Solar Decathlon, placing sixth.

The CHIP House – which stands for “Compact Hyper-Insulated Prototype” – was started with the goal of creating a net-zero energy home (i.e. one that requires no external energy source), and it looks like the designers exceeded that target. The house is said to generate three times as much energy as it uses thanks to solar panels and a host of energy saving measures.

The CHIP House’s most salient feature is the insulation fitted around the home. It may look like an odd sort of mattress but the insulation performs wonders at preserving the interior temperature.

This video walk-through assists viewers in getting a closer look.

Integrated motion controls and smart features are also part of the house. An Xbox Kinect system tracks residents in the house, allowing them to turn appliances and lights on and off just by pointing at them. The Kinect also monitors people’s locations, turning lights off as they move from one area to another.

The project represents two years work by more than 100 students. The house cost about $1 million to develop. The team believes duplicates might cost around $300,000.