Solar is sexy, and many celebrities, including Tom Hanks, Brad Pitt, and Will Ferrell, have already jumped on the bandwagon. 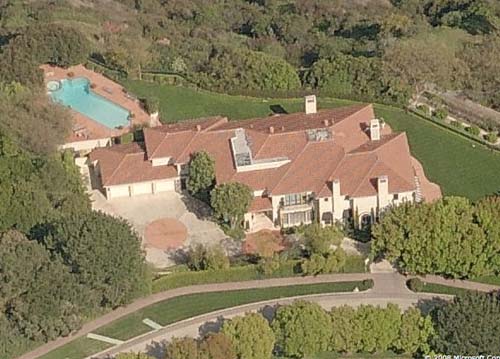 But many celebs have not, even though they represent a select group who own a disproportionate number of outrageously excessive homes located in sunny places, and they may want to consider re-decorating their roofs with energy-generating silicon.

If saving money and resources, or doing the right thing aren’t enough, every time a celebrity installs solar with BP Solar Neighbors program, a low-income home in South Los Angeles will receive a system as well. It also wouldn’t hurt for any of these people to spearhead their local solar panel collective bargaining clubs.

For your viewing pleasure (and our own personal enjoyment), we’ve rounded up the top ten heinously huge celebrity homes that probably should attempt to redeem themselves by installing solar panels. We’ve added DC nameplate rating quotes for each roof to show the wattage that would fit on the usable roof space, which was estimated by our resident solar expert and former solar installer. (An average home can fit about 4 kW, for your reference.)

Here they are, ranked from the smallest to largest potential system: 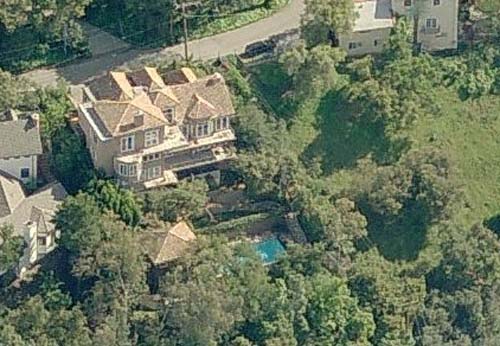 Pete Wentz said goodbye to his $1.8 million bachelor pad and hello to this $4.5 million home with Ashlee. They now live right around the corner from Demi and Ashton. Though this house isn’t ideal for solar, the installation could be just the distraction Ashlee needs right now. 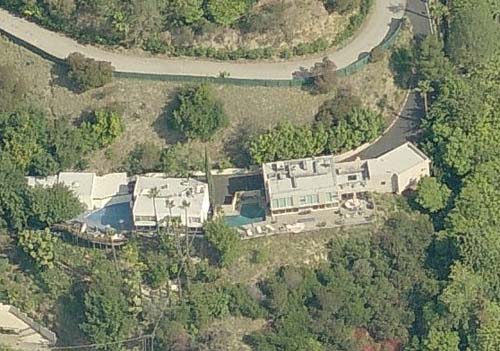 The 19-year-old actress lives with her best friend in this $2.6 million mansion. Don’t worry, her parents live right down the street. Hayden is a spokesperson for Save the Whales Again!, and a solar installation would give her some major street cred with treehuggers. 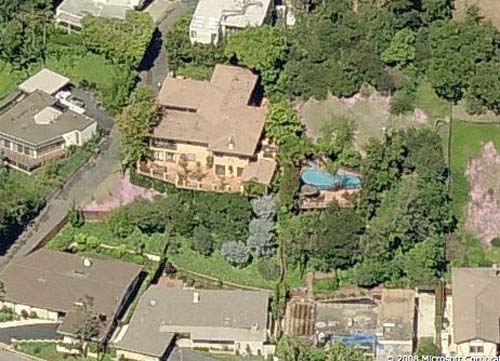 Jessica Alba and Cash Warren bought this $4 million, 4 bedroom home to welcome their baby girl. The press has praised Alba for using non-toxic paint and used furniture, but we know she can do better than that. 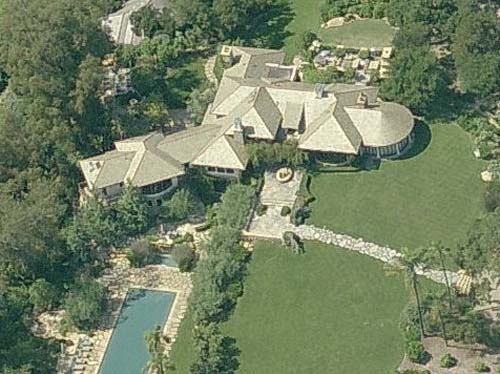 Some solar panels would be a great addition to this 7 bedroom, $18 million LA mansion, and might provide some carbon karma for Tom and Katie and their fleet of private planes and SUVs. 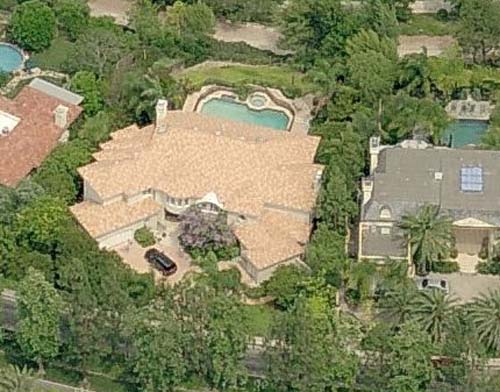 Since Paris has such a comprehensive energy policy, we were surprised that she hasn’t yet either drilled for oil in her backyard or simply installed solar on her $6.2 million, 5 bedroom home. In case you were wondering, there is a designated area for her dogs to live with pink pillows, pink bowls, and personalized doggie crowns.

This six-bedroom Beverly Park mansion was purchased from Sylvester Stallone’s ex-wife in 2003 for $6.2 million, and is now on the market for $14.8 million. Though the couple have taught their children to recycle, going solar would make a lasting lesson as well. 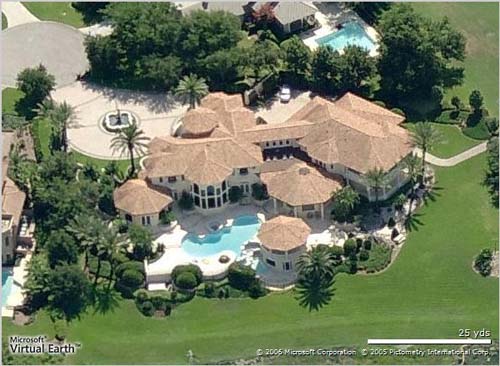 The golf superstar’s home boasts 6692 square feet and 8 bedrooms on Lake Isleworth. His other home on nearby Juniper Island uses 129 thousand gallons of water per month, much of which supports elaborate landscaping. You’d need a solar array the size of Texas to fix this mess, but panels on the roof would be a great start.

This celebrity environmental activist owns an ecofriendly apartment complex in New York City, but there is no evidence that this albatross runs on renewable energy. Considering he has his own “ecosite”, we hope that solar panels are on the way. 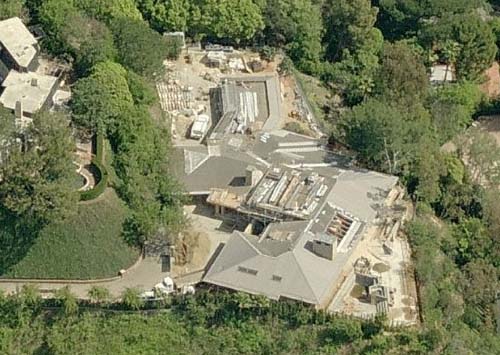 Jennifer upgraded from the cottage on Carbon Beach she rented after her split with Brad Pitt with this $15 million dollar mansion. It’s still a construction zone though she bought the property in 2006. Jennifer has hired three security guards to patrol the grounds during construction. Her roof layout is excellent for solar panels, and since she’s supposedly spent over $1 million on interior renovations, why not shell out for solar as well? 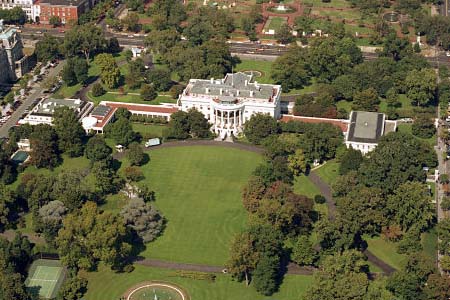 Oh wait! He already does (sort of)!

32 solar panels were installed on the roof of the White House under Jimmy Carter in 1979, and were subsequently removed by Ronald Regean in 1986.

In September 2002, 167 solar panels and two solar thermal water systems were installed on a maintenance building close to the White House. We can’t give too much credit to dear old W since the National Park Service is responsible for both the building and the renewable energy installations.

It’s not too late to reverse Reagan’s actions and reinstate solar panels on the White House roof. The time for change has come again, and Obama could lead the way by providing support for renewable energy in Washington.

If you’re a celebrity we’ve mentioned here (or a reader who wants solar), it isn’t too late to redeem yourself. Get yourself a solar system or spearhead the local branch of solar community purchasing and get yourself and your neighbors a discount.