How Steel Buildings have Evolved 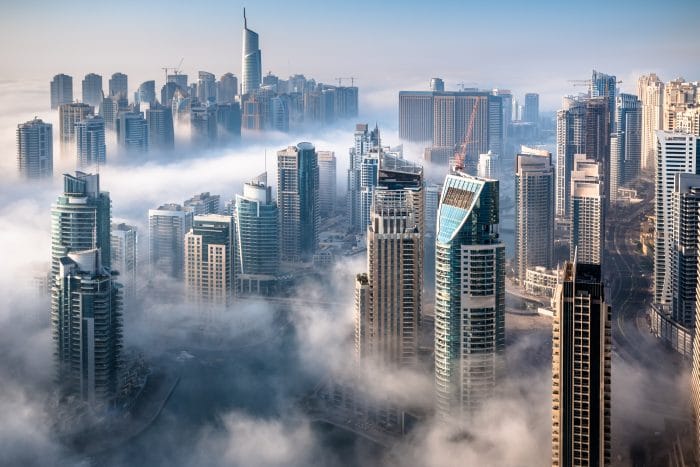 Did you know that steel has only really been used in buildings since the 1800’s?

Or, that since steel production has become a less expensive material to produce, sometimes a steel structure can cost less than wood?

In this guide, you’ll find out about the history of steel used in buildings, including how it is used today as well.

What’s in this guide?

What is a steel building?

A steel building has usually got a frame which is made out of steel, or sometimes it might be made entirely from steel including the exterior and interior walls.

Steel buildings have transformed a lot since the 1800s, but there are still some similarities in the sense that in some cases, it is the primary material.

Plus, now that steel has become more affordable, it is even used in creating affordable housing.

This can be helpful for things like military bases, poverty-stricken areas and disaster relief efforts.

So, let’s look at the history of steel in buildings, and how it has developed.

What is the history of steel buildings?

Did you know that steel has been around for approximately 4,000 years?

In the beginning, steel was discovered while bright individuals, likely in the middle east, were experimenting with metals and found that this material was stronger than bronze.

Most iron objects that dated back to the bronze age was made from iron which fell from the sky in the form of meteorites, which might be why ancient rulers were obsessed with this metal and experimented with it to see what it could be used for.

Howard Carter discovered a special iron knife in King Tutankhamun’s tomb which was likely revered because it came from an-bar, which means ‘metal from heaven’.

Thanks to the discovery that there is iron in the ground, not just in space, men began to extract iron from the earth, which was then mixed with carbon to create steel in India around the year 400 BC.

Eventually, they exported this steel in the form of swords and other weapons across the globe, although they lied to the Romans and told them it came from Asia, so the Romans wouldn’t try and invade the country it came from.

From this moment on, every effort was made to ensure that steel becomes stronger, more resilient, durable and cheaper to produce as it became a global material.

Here are some of the favourite uses for steel before the 1800’s:

Steel still wasn’t the material we know today, so what happened?

First of all, credit should be given to a man named Benjamin Huntsman, who was a clockmaker, untrained eye doctor and surgeon who discovered a better way to smelt iron ore.

England didn’t have the techniques of ancient India or China even hundreds of years later, but Benjamin Huntsman found out by his experiments an even better method.

Instead of using charcoal he would roast coal, and instead of putting iron into a crucible he would mix iron and carbon over a bed of this coal.

This helped the north of England become the bedrock of the steel industry for many, many years to come.

The first use of steel used in the construction of a building was in 1793 when a mill used steel to reinforce the wooden beams to make them fireproof.

In 1803, the Belper North Mill was rebuilt of entire steel after a fire, which makes it one of the first steel buildings.

Did you know the building is still standing today?

This goes to show how sturdy and durable steel can be, and the world was about to see how amazing it could be.

In fact, in 1851 there was a world fair in London which gave us the Crystal Palace, which was built from steel and glass, and almost everything that was inside was made from steel and iron as well.

However, this steel was still expensive to make which is why Henry Bessemer set out to create a cheaper alternative after his artillery shells were rejected in the Crimean war.

He did this by merely pouring the pig iron into a container instead of letting it move freely around a trough, and then he blew air through the bottom.

Once the process was finished, this left pure iron, which could then be easily mixed with other elements to create high-quality steel.

Now, let’s see what America did with steel.

During this time before the Civil War, America wasn’t producing even a fifth of the amount of steel England was, also though there were far more iron deposits waiting to be mined.

After the war had ended, many leaders in the industry realised that they needed to start extracting this ore so that they could build things like railways, trains, cities and even bridges.

Scottish immigrant Andrew Carnegie was one of the leaders in this movement.

He built himself a small empire by the age of 30, which included stakes in things like a rail factory, an iron mill and a company that produces railways.

Carnegie brought the Bessemer process to America so he could create steel from the rich deposits of iron, by setting up his steel mill in Pennsylvania.

This was the beginning of creating the materials which would make the skyscrapers we can see in certain places today.

Although there were indeed problems with creating steel, especially considering workers are striking due to poor wages and even deaths because of a mini civil war with Carnegie’s steel mill in the middle, Andrew Carnegie still sold his steel mill for $480 million in 1901.

Over the next hundred years, steel continued to explode in popularity in America, both with innovations and progress, as well as what it was used for.

As well as how.

Such as in 1902, The Flatiron Building was designed by Fuller’s construction company and became one of the first skyscrapers built in New York City.

In WWII, they would make Quonset Huts which were made from only a few sheets of steel, which made affordable military storage and shelter.

Or, in 1950 when there was some experimentation into using steel only for residential homes, which could make quick and cheap homes for soldiers coming back from the war.

During this exciting time, skyscrapers were built and torn down, replaced with a better type of steel and architects could play with steel within their buildings, as it was so flexible and resistant to things like fire and insects.

Although brick and wood still dominated many homes, people quickly realised the disadvantages of using these materials.

Since the great fire in Chicago in 1871, for instance, Chicago created some strict rules about using wood in building homes and encouraged using things like brick, stone and steel.

Many companies provide buildings which are either made entirely of steel, or those that have the benefits of a steel frame, but has an exterior which is made out of other materials.

This can give you lots of customisation options for your steel home, and they can even look like other homes on your block, but potentially a lot cheaper.

Now, in the present day, steel buildings have evolved to become more energy efficient, eco-friendly and cost-effective, as well as far more accessible for both individuals and businesses.

While steel buildings might have been a temporary option in the past, now steel buildings have become permanent fixtures for many companies, thanks to the strength and flexibility of steel.

You can customise your steel building to be adequately insulated, interior finishes such as drywall to make your steel structure more homely, and exterior cladding for your branding and company voice.

And with prefabrication, you can cut down your on-site costs and the cost of labour.

This is because the separate parts that make up your building are manufactured elsewhere in a factory, then brought to your location for assembly.

In total, using a prefabricated kit instead of traditional construction methods could reduce your costs by up to 3%.

In 2019, many steel building companies all across the United States can provide you with either standard kits or entirely customised buildings.

Let’s take a look at some of the top options for your home or business.

Where can I find steel frame buildings? 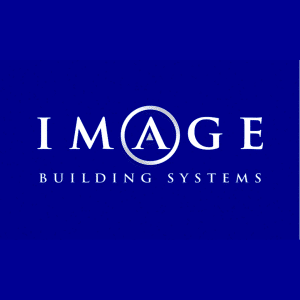 Image Building Systems is an Arizona-based steel building contracting company who provides their customers with commercial, industrial and recreational steel buildings and products.

With a 5-star rating on Google, Image Building Systems has satisfied customers who state that they provide high-quality buildings and excellent customer service.