The following story, written by Kizito Sikuka, was published by allAfrica. 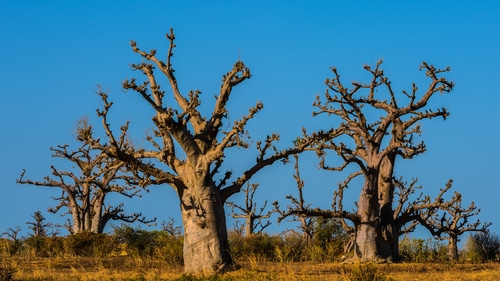 Southern Africa has the potential to achieve universal access to modern energy services if the region puts in place a sound and vibrant strategy to harness its huge renewable energy resources.

Meeting in Maseru, Lesotho, the 33rd SADC Energy Ministers meeting said the development of a renewable energy strategy will, among other things, ensure that the Southern African Development Community is able to effectively manage and exploit the natural resources that are in abundance in the region.

As such, member states should speed up the process of finalizing the SADC Renewable Energy Strategy and Action Plan (RESAP) that was mooted a few years ago.

“We note that renewable energy is an integral part of the United Nations Sustainable Energy for All Initiative and urge member states, assisted by the SADC Secretariat, to mobilize resources to finalize the SADC Renewable Energy Strategy and Action,” the energy ministers said in a statement released after their meeting.

The development of the RESAP was initiated by the SADC Secretariat in close cooperation with the government of Finland.

Its main aim is to explore options to increase the use of renewable energy in southern Africa, and to ensure that the region’s energy strategy is in line with the global trends towards clean and alternative energy sources.

Renewable energy sources, including solar, hydro and wind, are less polluting to the environment compared to fossil fuels such as coal.

Furthermore, fossil fuels will not last forever, hence the need for southern Africa to prepare for the future and intensify efforts to harness its huge renewable energy resources.

SADC has an abundance of renewable energy sources, which if fully harnessed, will see the region being able to meet most its energy needs.

For example, the overall hydropower potential in SADC countries is estimated at about 1,080 terawatt hours per year (TWh/year) but capacity being utilised at present is just under 31 TWh/year. A terawatt is equal to one million megawatts.

According to the SADC Secretariat, most countries have only harnessed a small fraction of their hydropower resources, and that less than three percent of the total potential in the region has been harnessed.

With regard to geothermal, the United Nations Environment Programme (UNEP) and the Global Environment Facility estimate that about 4,000MW of electricity is available along the Rift Valley in the United Republic of Tanzania, Malawi and Mozambique.

The Southern African Power Pool (SAPP) – which coordinates the planning, generation and transmission of electricity on behalf of member state utilities in SADC – expects to achieve a renewable energy mix in the regional energy grid of at least 32 percent of the total energy produced by 2020, which should rise to 35 percent by 2030.

Presently, southern Africa generates about 74 percent of its electricity from coal-powered stations. Save for hydropower that accounts for about 20 percent of SADC’s total energy generation, other renewables such as wind and solar are not considered as major contributors to the region’s electricity needs.

The SADC Energy Ministers also urged member states and the Secretariat to complete a feasibility study of establishing a centre of excellence for renewable energy and energy efficiency in the region.

The proposed centre would, among other things, spearhead the promotion of renewable energy development in the region.

The ministers resolved to fast track implementation of all interconnector and regional transmission projects to relieve congestion on the regional grid to facilitate electricity trading.

The ministers noted that a total of 11 of the 15 SADC countries had introduced regulatory bodies in the form of energy or electricity regulatory agencies while the remaining member states are at different stages of the process.

The meeting also hailed the approval of the SADC Regional Infrastructure Development Master Plan (RIDMP), saying it will help attract key investment in the energy sector, which has been identified as one of the six priority areas of the plan.

The 33rd SADC Energy Ministers meeting was attended by the acting Prime Minister of Lesotho, Thesele Maseribane, SADC director of infrastructure and services, Remigious Makumbe and other energy experts from the region. The meeting was preceded by a meeting of senior energy officials.