Once upon a time it would be fair to say that just a set amount of countries in the world had the ability to develop crops all year-round. Now, the situation has turned on its head. 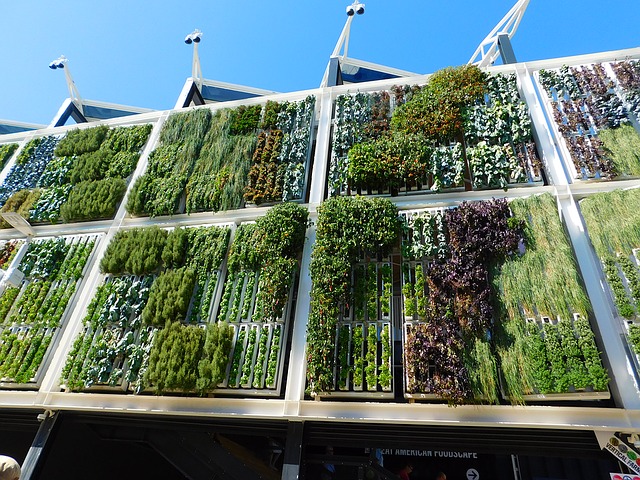 Vertical farming is something which has hardly hit the industry with a bang, but it’s slowly getting there. Companies across the world are starting to tap into the technology; with some even developing solutions that sit beneath dense urban cities to facilitate plant growth.

Of course, these developments should hardly be a surprise. We’ve seen the likes of light deprivation greenhouses take off over the last few years, with these built with similar philosophies in mind. In short, we want to depend less on the inconsistent weather, and more on solid technological solutions.

Following on from this, let’s look at the reasons why the vertical farming niche is going into overdrive.

This is something that we have already touched upon, but it’s importance means that it is worth considering in-detail. As we all know, crops are heavily reliant on seasonality. While some countries might be experts at growing tomatoes all-year, others struggle to do this at all.

Due to the fact that vertical farm systems are controlled synthetically, without any assistance from the environment, seasonality is pretty much put to bed. In other words, crops can go at whatever time of the year the producer decides.

The lack of overhead costs

For the producer, this is arguably the biggest advantage. In terms of water usage, a vertical farm will have 90% savings versus traditional farming. This is because water is constantly harvested and reused.

However, the big savings of course come in the form of labor. If you have a farm that covers acres, it goes without saying that it is going to require a lot of man power to keep. With urban farming, this surface area is cut immensely. Ultimately, you tend to just need one professional to monitor crops and ensure that the parameters are correct.

One advantage that makes vertical farming fall completely into the sustainable category is the lack of transport costs though. Generally, they are located near the point-of-sale. This is because the nature of them means that the systems are completely versatile. Ultimately, transport costs are reduced significantly.

The lack of dependence on land

Growing tens of thousands of crops, or more, comes at a cost. As we all know, land comes at something of a premium. Acquiring acres and acres is a huge capital investment, but this doesn’t occur with vertical farming.

As the name suggests, everything grows upwards. Rather than everything being spanned horizontally, it relies on racks of crops that are effectively built as a tower. This means that the land savings are bordering on the unbelievable; vertical farming can actually occur in a small, unused room. There’s no need to invest tens of thousands, or more, in those elusive land reserves that crops have historically been associated with.

This post was sponsored by Emerald Kingdom Greenhouse; vertical garden image from PixaBay

A vegan chef, educator, writer, surfer, and yogi based in San Francisco, Andrea is also the Accounts Manager for Important Media. Follow her foodie adventures at Vibrant Wellness Journal.