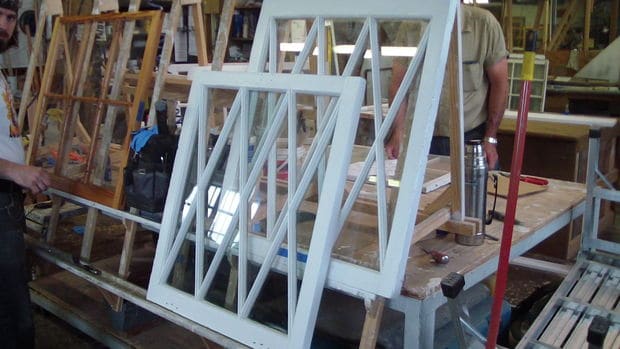 Most people think of old windows as something to be thrown away. New, modern windows are always more energy efficient, aren’t they? Not necessarily so, says Johanna Elsner of Thomas E. Elsner Custom Cabinetry in Winston-Salem, North Carolina. “The truth is, they don’t make ’em like they used to when it comes to many construction-related materials, and windows are a great example of this,” she says.

We all think the phrase “replacement windows” refers to window units designed to replace existing wooden windows, but Elsner has a different perspective. She says they are called replacement windows because most of them, especially inexpensive vinyl windows, have a life span of only 10 – 15 years and will need to be replaced again in a fairly short time.

By contrast, old wooden windows, especially those made prior to 1940, were made by craftsmen from selected hardwoods and can last 100 years or more. Not only that, if they do become worn or rotted, they can be rebuilt to last another 100 years. Elsner says rebuilding wooden windows often costs less money than buying new windows.

“The real issue is that [old windows] are often made out of good, old-growth wood — much denser wood than today’s windows that you would buy at the home improvement store,” Ted Alexander, western regional director for Preservation North Carolina tells the Winston-Salem Journal. 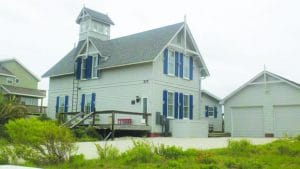 “We have found that repairing those windows makes a lot of economic sense. Typically, newer windows will fail after 10 to 15 years and they have to be replaced again. By repairing existing windows — re-glazing, installing new panes, repairing wood, replacing rotten wood pieces or utilizing something like Bondo wood filler — you can restore them back to their original beauty and utility. If you then add storm windows, you get the same energy-savings component that you would with a new, energy-efficient window.”

Some may quibble whether storm windows really can duplicate the R-Value insulating power of a modern double glazed window, but there is another consideration. Old windows are often found in old buildings, some of which are located in historic preservation zones. Many have a unique appearance that has to be maintained according to historical preservation rules. In those instances, rebuilding the existing windows may be the only option available.

Your local preservationists may be none too pleased with the idea of sticking storm windows on the outside of historic properties, either, but there are options. Many manufacturers now make energy saving films that can be applied to the inside of the glass. Indow manufactures clear inserts that equal or exceed the insulating performance of storm windows. They seal out drafts, too, and are completely invisible from outside the house. They have been used by the National Parks Service at historic venues.

“People get the idea that they will save energy money with new windows,” says Ted Alexander. “But the payback period of energy savings is about 15 to 20 years, and by that time, the windows will need to be replaced.” Instead, he recommends putting the money into attic insulation or sealing up holes around the house instead. Fixing air leaks around your existing windows will often save you more energy than replacing the windows themselves.

Here are a number of resources you can use to learn more about repairing your existing wooden windows, especially those built with loving care by real craftsmen prior to 1940.

This Old House — How To Repair Sash Windows

And here are two books on the subject recommended by the Winston-Salem Journal. Both are available from Amazon.com.

The Window Sash Bible: A Guide To Maintaining And Restoring Old Wood Windows, by Steve Jordan.

Here’s hoping these tips and advice will help you keep your old house warm and comfortable with its original windows for a long, long time.