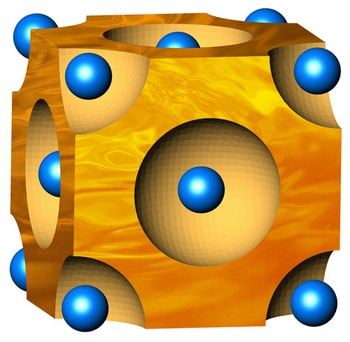 Liquid-like materials that may form a foundation for new thermoelectric energy devices have been discovered by researchers from Caltech, Brookhaven National Laboratory, the University of Michigan, and the Chinese Academy of Science’s Shanghai Institute of Ceramics. The scientists have identified a liquid-like compound whose properties give it the potential to be more efficient than traditional thermoelectrics, which convert heat into electricity.

According to the Caltech announcement, thermoelectric materials have traditionally helped power spacecraft ranging from Apollo to the Curiosity rover now headed for Mars. Now scientists and engineers – interested in exploring more sustainable management of materials – have been trying to recover wasted heat as an efficient energy source. They have also proposed using these materials to create more efficient heating systems in electric cars or even as new ways to exploit solar power, writes Caltech.

The researchers studied a material made from copper and selenium. Although it is physically a solid, the material exhibits liquid-like behaviors due to the way its copper atoms flow through the selenium’s crystal lattice.

“It’s like a wet sponge,” explains Jeff Snyder, a faculty associate in applied physics and materials science in the Division of Engineering and Applied Science at Caltech and a member of the research team. “If you have a sponge with very fine pores in it, it looks and acts like a solid. But inside, the water molecules are diffusing just as fast as they would if they were a regular liquid. That’s how I imagine this material works. It has a solid framework of selenium atoms, but the copper atoms are diffusing around as fast as they would in a liquid.”

The research is described in a paper recently published in the journal Nature Materials.

Electricity is generated in a thermoelectric material generates when a temperature difference exists between one end of the material and the other. The example provided: If you place a thermoelectric device alongside a heat source, such as a laptop battery, the side closest to the battery will be hotter, meaning electrons in the hot end will diffuse to the cool end, producing an electric current.

Good thermoelectric material must also be good at conducting electricity, yet low-performing at heat conduction – thus enhancing the flow of electrons.

“One way to improve thermoelectric efficiency, then, is to decrease a material’s ability to conduct heat. To that end, researchers have been developing thermoelectric materials with a mix of crystalline and amorphous properties, Snyder says. A crystalline atomic structure allows electrons to flow easily, while an amorphous material, such as glass, has a more irregular atomic structure that hinders heat-carrying vibrations from traveling.”

In the case of the copper-selenium material that the researchers studied, the crystal structure of the selenium helps conduct electricity, while the free-flowing copper atoms behave like a liquid, damping down thermal conductivity. The efficiency of a thermoelectric material is quantified using a number called a “thermoelectric figure of merit.”

NASA engineers first used this copper-selenium material roughly 40 years ago for spacecraft design, Snyder says. But its liquid-like properties—which were not understood at the time—made it difficult to work with. This new research, he says, has identified and explained why this copper-selenium material has such efficient thermoelectric properties, potentially opening up a whole new class of liquid-like thermoelectric materials for investigation.