Far south, a few degrees north of the Equator, the plastic bottle is being smartly repurposed as a residential building insulation material.

We visit Panama, where on an 83-acre jungle locale, 90 to 120 planned homes will be insulated by thousands of plastic bottles which have been recovered from the waste stream. The individual behind the scenes of this eco-village named Plastic Bottle Village is Robert Bezeau, a Canadian with a passion for managing and cleaning the waste left behind from the ubiquitous plastic bottle.

On his website, we learn a staggering quantity – 22,000 – of plastic bottles are discarded every second. Without trying too hard, one can always find a bottle which has been tossed. Examples include the trash vortex in the Pacific Ocean, which contains billions of plastic bottles and is far larger than the state of Texas. 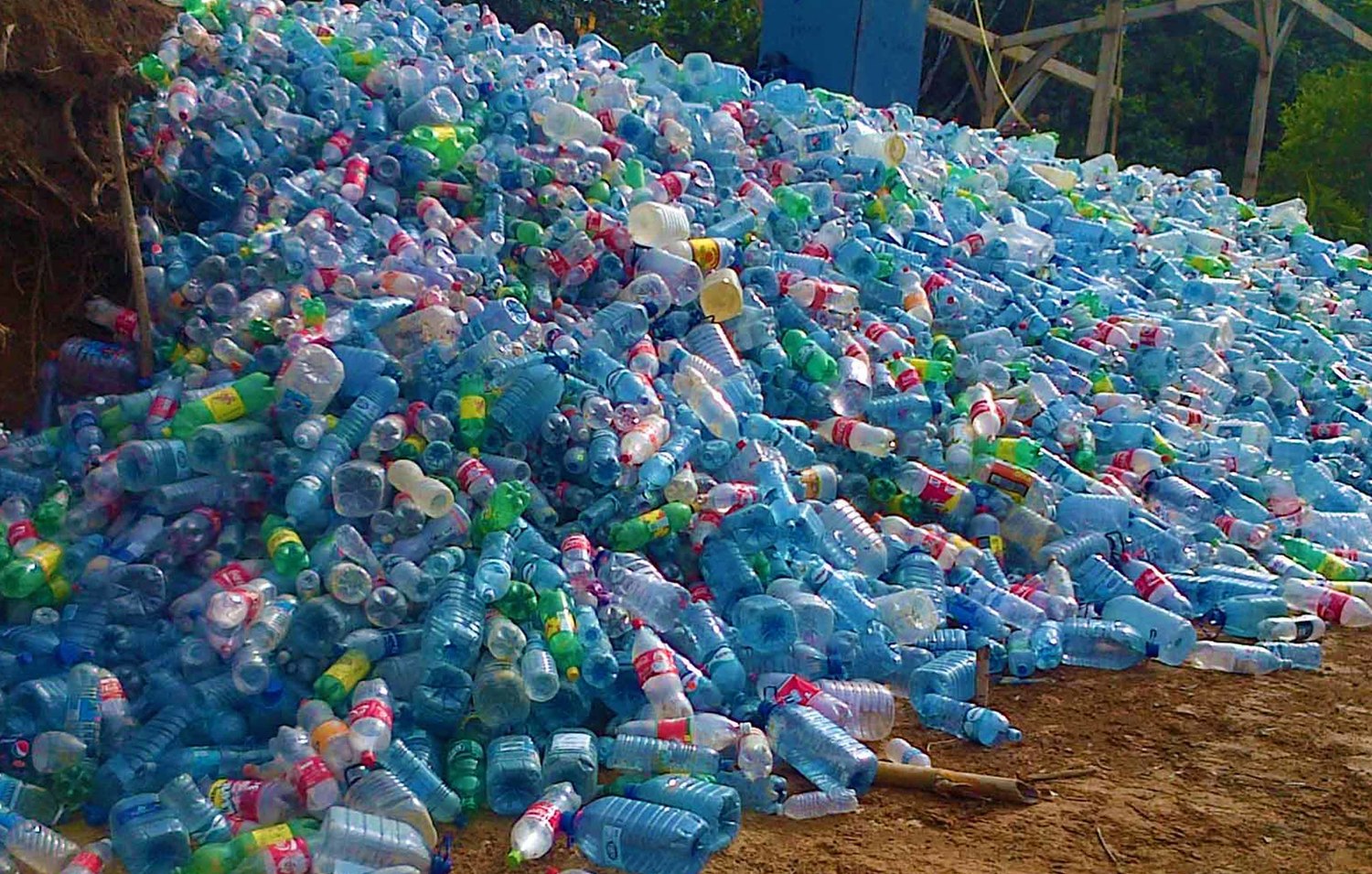 Bezeau well understands the challenge of cleaning up discarded plastic bottles. He took on the task in Panama, where he spearheaded the Boca Del Toro recycling program in 2012. He, a few workers, and volunteers made a positive change in the cleanliness of the island beaches and town. By his estimation, “…we have over 1 million bottles that we accumulated, during the period of 1.5 years.”

Many others, including Denver architect Doug Eichelberger, have taken on the daunting task of putting waste plastic to good use. Eichelberger built a trash barn.

The Plastic Bottle Village’s goal is to create an education center that will teach individuals from different parts of the planet how to reuse plastic bottles as construction materials for shelter.

The first phase in this project began in late 2015. To date, one single-story home has been completed as another two-story house nears completion. 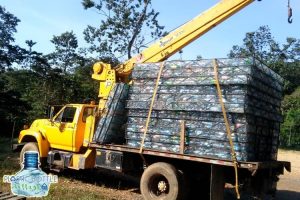 Homes are constructed by fabricating a steel cage and then filling it with plastic bottles. The walls are then set into place and electrical cables and other services are inserted. Layers of concrete then cover the mesh before the home is finished with windows and a roof.

Over 10,000 PET (polyethylene terephthalate) bottles, the kind used to hold soft drinks, were used in the first home. According to the Plastic Bottle Village team, somewhere between 10,000 and 25,000 bottles will be used for each subsequent home. 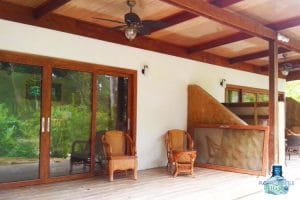 Plastic Bottle Village states the use of plastic bottles is both time and cost-effective, compared to typical local materials and techniques. The firm also reports that the bottle-based homes have such good insulation that air-conditioning isn’t necessary and that they are earthquake-resistant too. Check out the temperature comparisons on the website.

Plastic Bottle Village homes are currently available for pre-purchase and come in three different styles. The Panama village is also in the midst of raising funds through a GoFundMe crowd-funding campaign. The funds will be used to build an education center, dormitories, and a cafeteria in the village.

Sounds like a good idea. Seeing is always the best form of believing. And this planet certainly does not need any more plastic bottle waste.