Sam Pardue, a former engineer at Intel, owns a 1906 Craftsman home in Portland, Oregon. “It has beautiful divided-light windows, with rippling glass,” says Pardue. “But I’m an environmentalist, and wanted energy efficiency at the same time.” To make his home more energy efficient while preserving the natural beauty of his original windows, he skipped installing new windows and invented acrylic window inserts that press into place without any screws, nails or attaching hardware. His idea was so successful, he formed Indow, a new company, to manufacture and market the inserts.

Each Indow is made to the precise measurements of the existing window frames and is surrounded by a patented compression tube.  When pressed into place, the silicone tubing compresses, holding the Indow insert securely in place while sealing out cold drafts or hot summer air. They give almost the same insulating power as double pane windows and do a better job of soundproofing the home.

This summer, Indow inserts were used as part of an exhibit by Beijing artist Ai Weiwei at Alcatraz, the site of his new exhibition, @Large. His art explores the meaning of incarceration, justice, and liberty and includes the gun gallery, where armed guards once peered down at prisoners below. The original 25-foot glass windows in the gallery needed to be protected from the sticky hands of viewers, but the National Park Service forbid Weiwei from putting a single screw or nail into the building.

Indow inserts were the answer. The Park Service is so happy with the new windows that the historic space will be opened permanently to the public after the artist’s show closes. 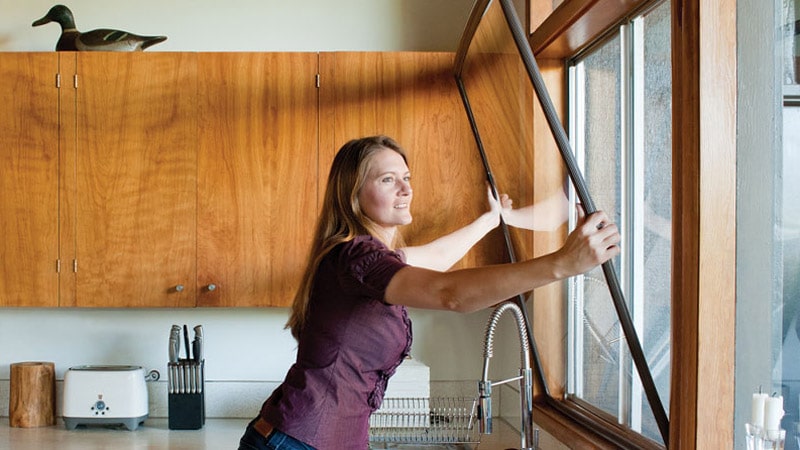