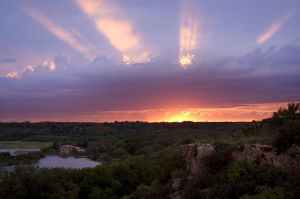 Can a bad economy save the planet?

Let’s be honest, construction companies and home builders are facing terrible times.  New building construction has ground to a halt and the subprime mortgage fiasco resulted in plummeting home values, leaving many builders with homes that were worth less than the cost of construction.   The longer the recession – some say through 2010, some say longer – the more companies will have to lay off employees or go under altogether.  There’s not much of a silver lining to this dark cloud, but one good thing looks to come out of it.  The green building market, which had been slowly increasing its share of the overall construction market prior to the market slowdown, is poised to provide a much needed spark in the construction market through a new public works program proposed by Barack Obama that will include a focus on energy efficiency in buildings.  With a national movement toward green building practices, there is a very real possibility that once the current recession is over, the majority of new commercial buildings and houses will be much more energy efficient, sustainable, and healthier than current building standards.

An Opportunity for Change

For those with long term vision, a market slowdown can be good for an industry.  It is an opportunity for a reevaluation of business practices.  When things are going well, there’s no incentive to change, even if those changes can mean greater energy efficiency and more of a focus on sustainability and health.  But a slowdown gives companies not only the time to research new innovations but the financial incentive to seek new revenue streams.  Consumer behavior is trending green, with 73% saying they would pay more for products that are better for the environment and 89% saying they’d pay more for products that will reduce heating and cooling costs, according to a survey done by the Opinion Research Corporation.

In good economic times, there is a disconnect between the consumers, the builders, and the product manufacturers.  Consumers may want more green options, but builders may not have the expertise.  For manufacturers, there’s no incentive to change if the current building materials are selling just fine.  Now that times are tough, smart manufacturers are adapting to consumer trends and builders are learning the language of green building.  Two years ago, a construction firm was doing well if it employed one LEED Accredited Professional.  Now, large construction firms have hundreds of LEED APs on staff.  In the Kitchen and Bath industry trade show KBIS, two years ago green products were relegated to a rarely seen minor hall while this year’s show might as well be lit with green lights.

Focus on Energy and Financial Savings

Even for those who are unconvinced that sustainability should be a national priority or who are unaware of the health risks of a non-green home, it’s hard to argue against the financial benefits of an energy efficient building.   And if the rolling brownouts in California and the prolonged droughts in the southeast, the west coast, and Texas have taught us anything it’s that the resources we rely on are not infinite.  The U.S. Government Accountability Office predicts at least 36 states will face water shortages within the next five years.  Energy and water conservation cannot be a fringe movement when it is clearly a mainstream problem.

After years of White House indifference, the green building industry is about to get a significant boost from Barack Obama, who has assembled the green dream team to guide the country toward a more sustainable future. Pundits predicted that once the economic reality of the current recession set in, President-Elect Obama would be forced to cut back on his promises of energy independence and green collar jobs.  Instead, Mr. Obama has linked saving the economy to saving the environment.

Christopher Beam from Slate points out that the economy gives Mr. Obama a mandate to spend more on programs that will stimulate the economy.  “We know that there are buildings – school buildings, in particular, but I think public buildings generally – that need to be retrofitted to make them more energy-efficient,” Obama said.  “We will get that money back so that not only are we creating jobs, but we’re also making those operations more efficient and saving taxpayers money over the long term.”  Call it the New Green Deal, a public works program aimed at turning buildings green.  Beam is skeptical about the simplicity of Obama’s plan, and rightly so.  But Mr. Obama and his green team know that the stimulation of the green building industry will accomplish more for the economy than any other industry.

Can the Green Building Industry Save the Economy?

Consider how many birds are killed with one stone (or birds hatched with one egg, for our pacifist friends) when green building becomes a national priority.  The economy has no chance of improving until the new construction and housing markets improve, and an influx of demand for green buildings and green remodeling can provide the needed spark.  Closely tied to green building is the national demand for energy and water.  Since buildings account for 40% of energy consumption, a combination of higher efficiency and innovation in alternative energies will go a long way toward reducing national energy usage – and the upgrades pay for themselves.  Making this vision a reality will require many new “green collar” workers, further stimulating the economy.

Could be that there are green linings on those storm clouds.

Edit:  Scientific American has an article in their December issue about green collar jobs:  “Some economists predict trouble, but others see a once-in-a-lifetime opportunity to change how we propel the nation. High fuel prices? Scale up cellulosic ethanol plants. Soaring electricity rates? Retrofit older buildings and construct new ones that are more energy-efficient. Melting glaciers? Replace conventional coal-fired power plants with alternative technology.”