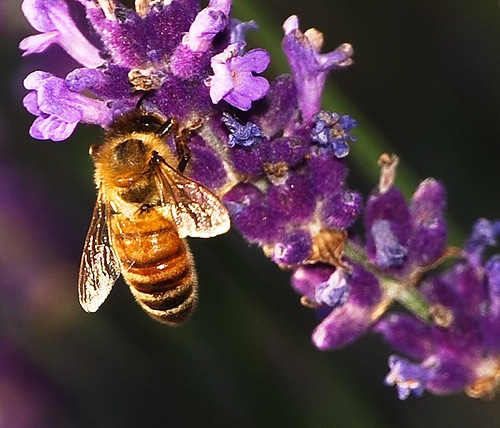 Though many of us have an instinctual fear of them, bees have been playing a vital role in human civilization since ancient times. Even today bees are an absolutely crucial part of our agricultural practices.

Flower pollination is essential to maintaining the high crop yields needed to ensure that food remains affordable for the majority of people. When we consider that the European Crop Protection Association claim that “honey bees are the valuable pollinators of agricultural crops worldwide,” news that their populations are in decline should be a major cause for concern.

There is no conclusive proof as to exactly why, not only honey bees, but a wide variety of other species of bee, find themselves dwindling in numbers. However, loss of habitat certainly seems to have something to do with it. In Britain, for example, over the last 60 years 97 percent of wild meadows have been lost. This massive impact on the natural habitats of many bees is certainly part of the problem.

However, this trend is not the only worry ecologists have with regards to the plight of bees. There is an increasing body of evidence that the use of pesticides on land that is being used for ‘monocropping’ (intensive industrial agriculture) is harming bees.

Various studies have suggested a wide number of issues are caused by bees coming into contact with certain chemicals commonly used by farmers, with the group of substances known neonicotinoids being a particular problem. They appear to have a severely negative effect on bees’ ability to navigate back to the hive with food and produce new queens, contributing to what is know as Colony Collapse Disorder (CCD) where bees simply disappear from their hives.

This isn’t just bad for bees. The impact on human well being if the trend continues could be grave. According to some estimates, if we lose our bee populations, food production will drop by roughly third. This would be disastrous, not just in terms of what it would mean in terms of shortages and inflated food prices, but what it would do to the economy as a whole by inevitably lowering spending on other consumer goods. (Thought of this way, the figure placed on the global annual value of pollination of $202 billion might be seen as extremely conservative.)

However, avoiding this disaster is far from straight forward. Modern farming on the scale that is required to maintain the status quo isn’t possible without pesticides. Getting rid of them could potentially help bee populations to rise, but it would also open the door to organisms that would blight the crop. Indeed, most estimates predict that without pesticides about a third of the crops farmers grew would be lost to predators.

It appears to be a lose-lose situation and one that highlights the importance of lowering our dependencies of unsustainable farming practices such as monocropping.

If, wherever possible, permaculture and organic farming can be used, demand for intensively farmed crops will be lessened, and pesticide use can be reduced.

Environmentalists often argue that industries should price their products to reflect the wider costs of their production techniques. In the case of pesticides effects on bees, it seems this wider cost will, ironically, be reflected almost exactly if yields do fall (and food prices rise). By using neonicotinoids we may be protecting roughly 30% of crop yields, but the cost is diminishing bee populations…responsible for roughly 30% of crop yields.

Steve Waller is the man behind Greensteve.com. In his blog he tracks his own efforts to live in a more sustainable way and, looking at the bigger picture, offers his take on a variety of key environmental issues.