A few weeks ago I was able to attend the my first Envision festival in the jungle of Costa Rica. It was my very first festival, which came with ups and downs! But I had an amazing time, and one of the things I enjoyed most about the festival was seeing how truly dedicated the festival is to sustainability.

I did a longer write up about all the amazing ways the festival proves its commitment to a better festival, including their water management, food offerings, and so much more, but the thing I was most impressed with was the green building.

These folks worked for months to build a festival in the middle of the jungle using as many natural products as possible. Other items were reused from other years, to keep the impact lower. As I wrote on Green Living Ideas,

“Using primarily bamboo for the buildings, each temple, yoga pavilion, and bar was uniquely constructed in a natural and simple way. Huge bamboo was lashed with rope, and decorated with other natural additions, and some tents/tarps to keep out the fierce mid-day sunshine.

Even the stages were works of natural art: made from wood and other tree products, the Lapa stage was a teepee-esque structure that hosted a great rotation of DJs under the bamboo structure. The Village stage was covered in natural foliage from top to bottom; I had a funny conversation with one of the builders who said it’s the only stage he’s needed water twice a day. But next year the stage will be fully grown-in: they will keep the stage structure and let nature take over for next year.”

Envision Co-founder Matt Siegel explains that they want the festival to feel natural and real: “nearly all structure here are made out of bamboo that is either cut on site or brought up from one of the local area bamboo farms. We do a lot of palm shading, natural fiber lashing and other sustainable building methods. We started doing a lot more earth work and actually building our offices and onsite homes out of adobe brick that is pressed and formed on siteThe most common item used is bamboo, which is a quick-growing grass that became the base for many of the incredible structures at the festival. Not only is that more sustainable than using metals and plastics, but it also gives the feeling of being in a real community in nature.”

I mined the Envision Facebook page to gather some excellent photos from their 2017 build out, which takes months of planning and vision. All photo credit goes to Aerial Media Costa Rica & Damian Riley Photo. 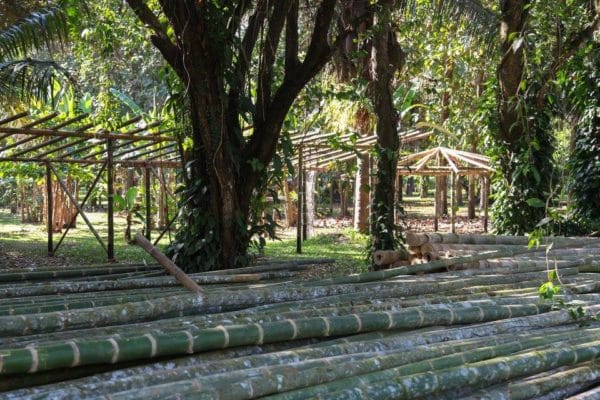 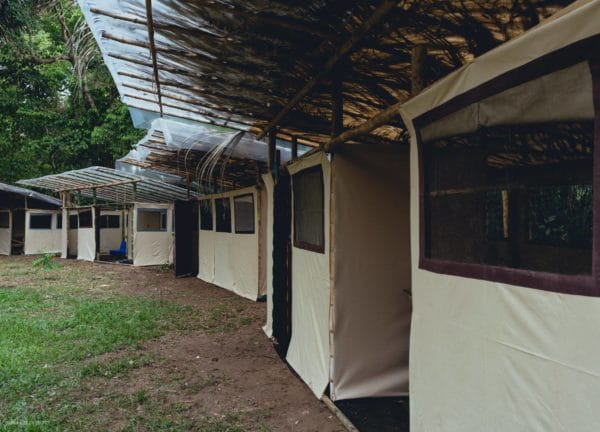 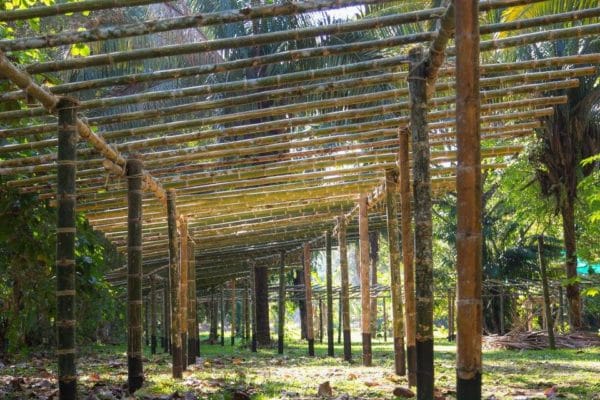 bamboo is the base of most buildings at Envision 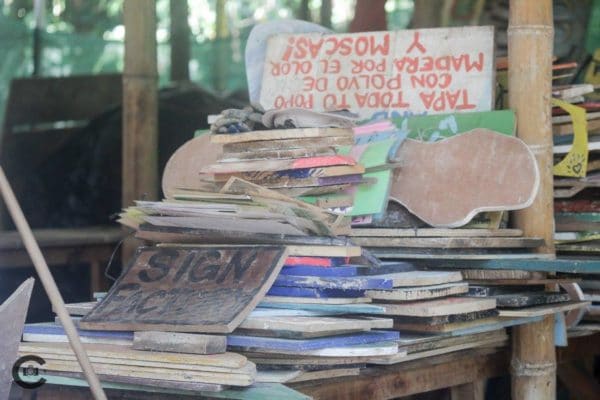 
« 5 Things You Need To Know Before Double Glazing Your Windows

A vegan chef, educator, writer, surfer, and yogi based in San Francisco, Andrea is also the Accounts Manager for Important Media. Follow her foodie adventures at Vibrant Wellness Journal.
LinkedIn