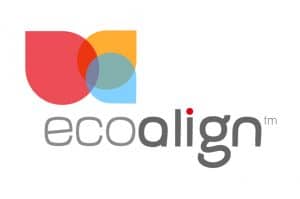 Being smart about energy choices can be a daunting task when faced with so many sustainable options. There are companies that are available to assist consumers in their choices. One such company is EcoAlign.

EcoAlign is a marketing company built on the principles of helping consumers and customers understand changes in energy, energy consumption and smart use of energy for future changes.

In November 2011, EcoAlign released their EcoPinion Survey results for the states of Texas and Arizona. These were the two states poled because they currently have the most consumers on prepay electrical plans.

The outcome is favorable for prepay electrical plans, because consumers like the control and feel they will use less energy and use energy in a smarter manner when they know what they have paid for.

“The survey results show consumers in Texas and Arizona strongly associate prepay electricity with increased control and management, which day-to-day translates to greater flexibility and the potential to use less energy and save money. Research shows that convenience and control are leading drivers for customer satisfaction with prepay services.”

Of course there are concerns, like does the electricity just shut off if you go over your paid limit or if you over pay, do the credits expire? These are kinks that are certain to be worked out in the near future to ensure that people are getting the best for the money.

People like to have control and are more responsible when they can see exactly what they are paying for, in most instances. This is a just another small step in sustainable choices that everyone must face.

Is the future all about prepaying, will this truly lower energy consumption?

Surveys like EcoPinion for Texas and Arizona are saying yes. We will have to wait and see what direction the rest of the country heads in to know for certain if this is the best choice overall.

This also, is just another option in the future of energy consumption and smart energy use.

Personally, I would rather just pay for what I used and not have to guess as to what I may or may not use for the future. Businesses selling the electricity should be based on a more consumer friendly system than a profit system.

Just knowing as a consumer, that there are companies like EcoAlign, that I can turn to with questions to make the better decisions for myself and for the planet is a comforting thought. Plus with results available to the public on surveys such as EcoPinion, it is easier to grasp and understand the benefits of smart energy consumption.