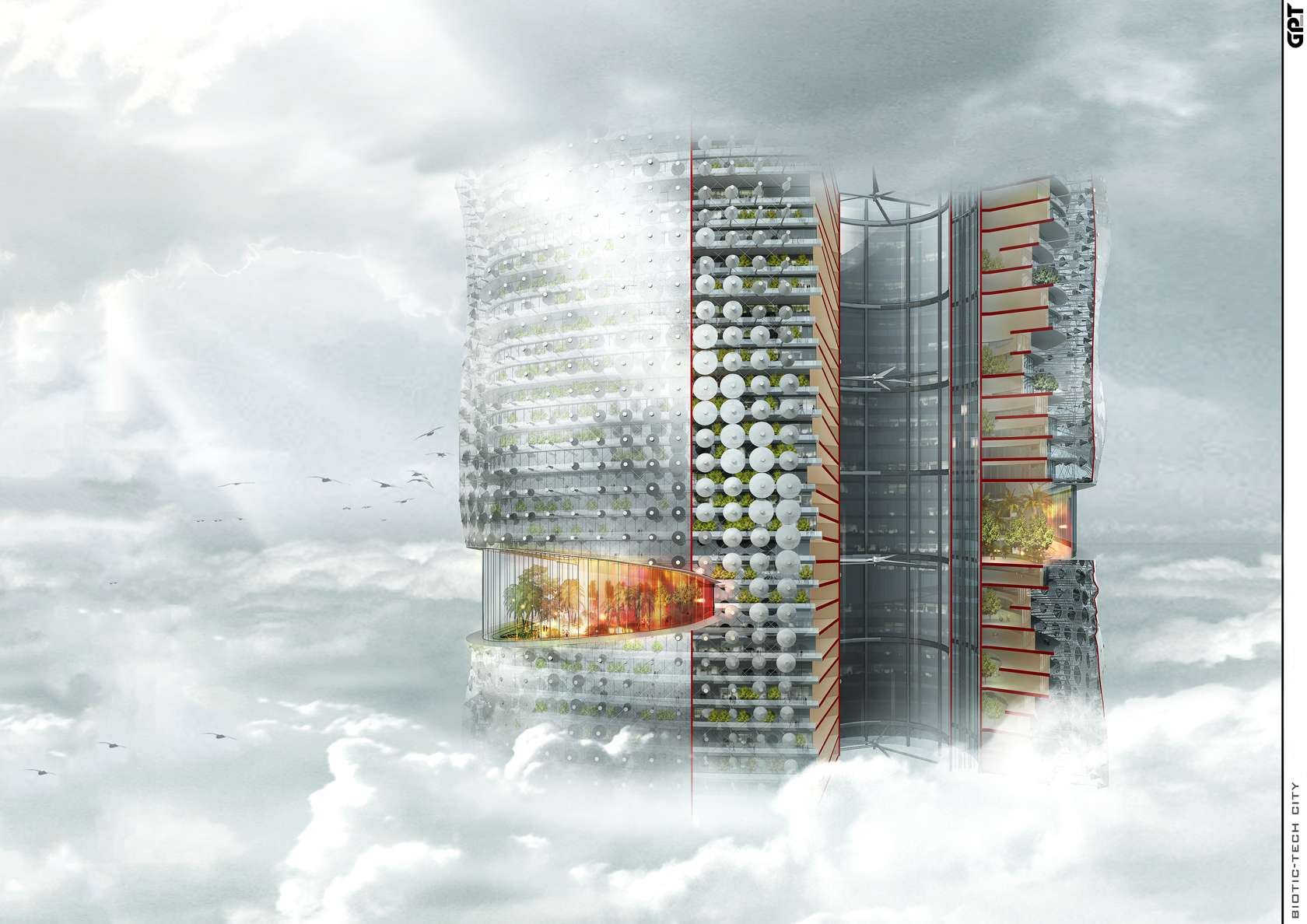 Biomimicry is the practice of using nature to inspire design.  It has become more popular as the green building movement has grown.  The Biotic-Tech Skyscraper City by GPT Architecture in Santa Cruz de Tenerife, Spain, is inspired by squid, using the qualities of transparency, flexibility, movement and protective pigmentation.  The design was the Jury Winner in the Architizer A+ awards for 2014 in the Architecture and Technology category.

The facade is covered in “micro-umbrellas” which can open or close to maximize surface coverage to block the sunshine, while also collecting solar power, as they are covered in photovoltaics. The double-screen glass facade provides passive temperature controls to provide a comfortable environment and protect the interior.

The exterior is made of an active system consisting of a polymer membrane that is flexible and can absorb the wind; micro-generators produce electricity by moving with this change in shape.  Air flow is controlled by a large central atrium which acts as a chimney, while the top of the tower has three panels that collect and enhance this effect.  No matter which way the wind blows, the ventilation always goes straight up, maximizing the chimney effect.

Water is harvested by collecting rainwater for the use of the entire building.  This takes place on the roof, as well as on the double skin exterior, as there is greater surface space on the facade.  Vegetation sprouts on top of the tower, and cascades downward.

The designers visualized the project as a 3-D city, in which several types of urban programs are mixed vertically, including greenspace inside the double skin.  In the lower levels, there is integrated green space for different living environments and connections to the subway system.