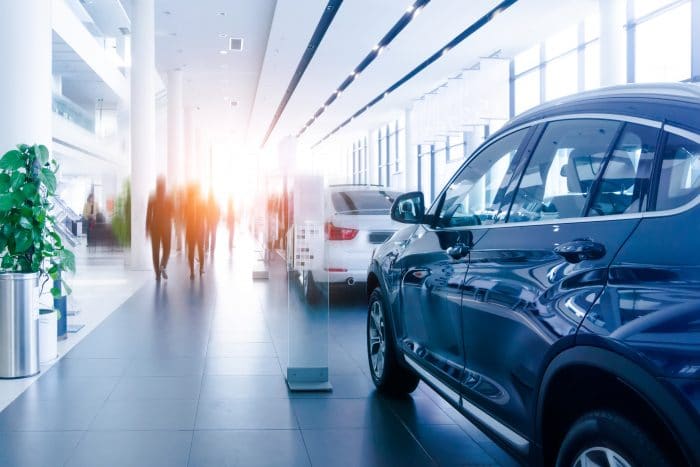 With more and more evidence of global warming in the news and being researched by leading universities and labs, it’s starting to become clear that every individual has a certain amount of responsibility, on the consumer side of this debate.

For instance, while it can be challenging to find zero waste products or the most energy efficient cars, there are now organisations helping to make things more clear.

This is where Green NCAP comes in.

Green NCAP stood for Green New Car Assessment Programme and was created by Euro NCAP as the answer to many consumer questions about energy efficient vehicles.

How can you genuinely find an eco-friendly car? What do you test? How does it all work?

Let’s take a closer look at Green NCAP and how they are helping consumers make more educated decisions about their car purchases.

Euro NCAP was initially founded to create a five-star safety system which would help consumers to make decisions about their car purchase with easy to read ratings.

These ratings are based on tests that are designed and carried out by Euro NCAP, based on real-life scenarios which could realistically happen and show how efficient different cars are in these situations, as well as the ultimate safety of the driver and passengers.

Although these tests will never be able to cover all of the variables of a real-life crash or other safety issues, these programmes will help consumers find out which car is best suited for them.

It also helps car manufacturers to focus on the safety and efficiency aspect of their new cars, and you will usually find that with a new run of a model, they will often strive to improve the rating of their vehicle.

Many believe that the pollutants that are released by various transport vehicles are one of the main contributors towards poor air quality, things like global warming, and some health problems which could even lead to premature death.

While there has been a significant advancement in energy efficiency for cars in terms of technology and manufacturing, organisations such as Green NCAP are making it easier to hold manufacturers responsible for their cars and encourage consumers to aim for the cleanest vehicles on the market.

Green NCAP is the new initiative which focuses on the energy efficiency of consumer vehicles rather than specifically on the safety of each car.

This programme reinforces the popularity of eco-friendly vehicles, encourages car manufacturers to take a closer look at the cleanliness of their cars and provides an easy rating for consumers to check.

The broad range of tests that are designed and carried out by Green NCAP gives you an explicit rating out of five, with the higher the score, the more efficient the vehicle.

These tests will cover things such as clean air and energy efficiency levels, ranging from a zero-star car which barely meets the minimum regulatory requirements for emissions and fuel saving efficiency to five-star vehicles which not only meet but far exceed the minimum standards in all sections.

Five-star cars, for example, will have excellent performance and emit very low pollutants into the air.

In 2019, the tests that are used to compare vehicles include clean air as well as energy efficiency, and each one of these test scores will be marked out of a total of 10.

The index doesn’t include driving resistance. However, Green NCAP have said that this will be covered in the future.

Another differentiator will be what type of engine a car uses, such as petrol, diesel, hybrid and electric.

To use an example, it is very likely that electric cars will generally score better than traditional petrol or diesel car because it isn’t using fossil fuels to power the vehicle.

It is also important to remember that Green NCAP haven’t tested and scored every single type of car, but for a comprehensive list see below.

The tests that are used to give each car its rating are based in Green NCAP’s laboratories which are not owned by any car manufacturers, ensuring that each analysis is entirely unbiased and the results are solely based on Green NCAP’s independent results.

So, how does Green NCAP choose which cars or other vehicles it decides to test for energy efficiency?

This is based entirely on the popularity of the car, a range depending on different countries and things like common engine types and a mix of fuel and electric dependent vehicles.

Green NCAP is planning on testing as many cars as possible, to provide consumers with a broad range of options when they are making decisions about which type of car might suit them best, and which is best for the environment.

Green NCAP launches a varied range of tests on each car in their laboratories, to make sure that there are controlled environments and conditions, so each result is comparable to other vehicles.

The first test that Green NCAP carries out tests the car’s emissions by placing the car on a ‘rolling road’ or chassis dynamometer, which allows the car to drive forwards but in place, and the gasses are then collected and analysed at the end of the test.

This allows Green NCAP to find out specific facts such as how much the car pollutes the air if it creates any particulates which could be harmful to peoples health and the impact it makes to the environment.

They also use what is known as a World-harmonised Light-vehicles Test Cycle or ‘WLTC’, which is a global test procedure and has recently replaced the old system which was used for approximately 40 years.

Divided into four parts, low, medium, high and extra high, the WLTC addresses the different driving scenarios and behaviours such as urban and rural driving, which all have varying speeds and braking patterns.

WLTC is also used to test the robustness of a vehicle’s exhaust when it comes to the control of emissions, which is done by testing the car in different conditions or driving modes such as sport and eco-friendly modes.

As well as carrying out extensive laboratory tests, Green NCAP also runs a series of road tests not only to collect but also analyse and document tailpipe emissions.

Traditionally, these tests will be separated into three categories; urban, rural and motorway driving.

This is because there is a distinct amount of difference between how you would drive in the countryside, versus how you would need to operate in an urban area such as a large city.

Not only does this give Green NCAP more concise and realistic results, but it will also give you a broader view of the capabilities of each vehicle you might be interested in.

Popular Cars and their Ratings

There have been many reports of consumers not being able to benefit from the promise of fuel efficiency made by different car manufacturers, because the tests are very much based on one particular scenario or not tested in fully realistic scenarios to see how cars perform in different modes or environments.

Green NCAP aims to ultimately change that, by giving consumers a proper rundown of each car, how efficient it is, and it’s clean air performance.