Opening up a new field of design for construction technology, the US Department of Defense Advanced Research Projects Agency (DARPA) is envisioning futuristic materials that repair themselves.

After recently launching the Engineered Living Materials (ELM) program, DARPA’s goal is to create a whole new class of construction materials. Imagine engineering living cellular systems into the structural features of traditional construction materials. The results might offer, for example, a driveway that eats oil spills; a chimney that cleans itself or heals after heat damage; surface materials that never fade or flake; or even a roof that “breathes” and controls airflow.

DARPA’s ELM BAA states, “Living materials represent a new opportunity to leverage engineered biology to solve existing problems associated with the construction and maintenance of built environments, and to create new capabilities to craft smart infrastructure that dynamically responds to its surroundings.”

Structural materials currently in use for constructing buildings, homes, and infrastructure wear out due to age and damage. They are expensive to produce and ship and offer limited responses to changes in their environment.

ELM Program Manager Justin Gallivan explains, “The vision of the ELM program is to grow materials on demand where they are needed.” He adds, “Imagine that instead of shipping finished materials, we can ship precursors and rapidly grow them on site using local resources. And, since the materials will be alive, they will be able to respond to changes in their environment and heal themselves in response to damage.”

Breathing Life into the Manufacturing Process

The proven feasibility of the factory-scale production of grown construction materials like bio bricks encourages the ELM program. Using a biological approach to reducing energy and waste associated with manufacturing structural materials is spurring great scientific and commercial interest.

However, ELM’s Gallivan is imagining something on an altogether different level. Bio bricks made from bacteria or fungal mycelium are “alive” only during the growth of the product. Wood is alive only until it is harvested. But the manufacturing process effectively kills the living cells, rendering these construction materials inert. The biological advantages of live bacteria, fungi, and wood are lost.

Searching for a manufacturing process that doesn’t kill living cells, attention has turned to 3D printing. With innovations and progress occurring daily in this field, living tissues and organs are now within the reach of scientists. Using scaffolding materials, scientists are manufacturing and sustaining the long-term viability of living cells derived from existing natural tissues.

These new hybrid materials would be composed of non-living scaffolds providing structure for and supporting the long-term viability of engineered, programmable live cells.

This is the basic starting point for materials such as hybrid roof shingles with living, self-repairing, photosynthesizing surfaces. Or something a little easier, like hybrid driveway pavers that “swallow” oil.

On top of all this, Gallivan also imagines ELM will manufacture these hybrids less expensively than today’s 3D cell-printing methods. To produce his hybrid living construction materials on an industrial scale, DARPA’s ELM program needs to invent much cheaper tools and techniques.

But wait, there’s more! Track 2 of the ELM program anticipates engineering “structural properties directly into the genomes of biological systems, so that living materials can be grown from progenitor cells (e.g., seeds), without the need of non-living scaffolds or external developmental cues.”

Oh, yes, of course! So what they’re really saying is, “it will be necessary to program developmental pathways that result in multicellular systems with defined patterns and 3D shapes.” (Got that? Me, too.)

I’m not exactly sure, but it seems like what they really want is GMO seeds for rooftop solar shingles. Shake them like dice, blow on them, and then scatter them across the rooftop tar paper… et Voila’! (I think I read this story when I was a kid… there was a guy named Jack, and he had some really cool beans…) 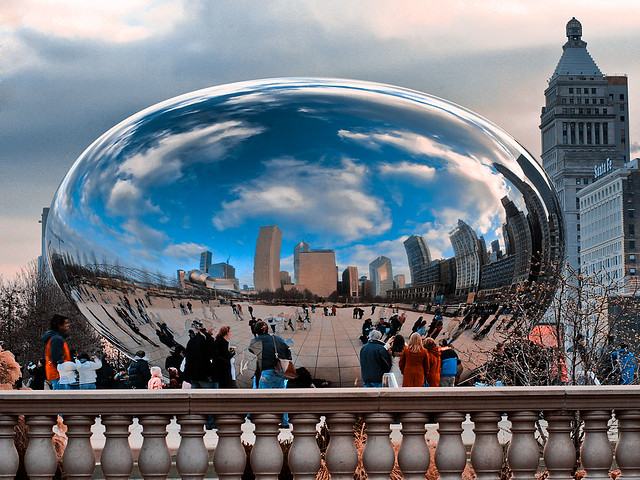 Money is the Root of all Troubles

Now we get to the truth of the matter. Money is the root of all troubles, even for the US Department of Defense (DoD). DARPA’s ELM BAA notes that current construction materials “are expensive to produce and transport, are subject to damage due to environmental insults and aging, and have limited ability to respond to changes in the immediate surroundings.”

“As a result,” the BAA continues, “the energy and financial costs of building and infrastructure construction and repair, to both the DoD and the nation, are enormous.”

First, the good news: “The inclusion of living components in our built environments has obvious benefits,” states the BAA. “Living biological materials may have advantages over inert materials, in that they might be grown on-site from simple feed stocks under ambient conditions, self-repair when damaged, or respond to changes in their surroundings.”

Now, the bad news: “However, today we are unable to control the structural aspects (shapes and sizes) of living materials so that they can be useful for construction.”

Right. I dreamed about that just last night. ;^p

Unlike mine, DARPA’s futuristic dreams usually do come true. Although self-repairing construction materials seem impossible (or at least bizarre) today, we could easily be growing live GMO Solar Shingles on tomorrow’s rooftops. DARPA has an awesome reputation for making futuristic dreams come true.

Here’s a brief sampling of some of DARPA’s famous technological successes:

• Advanced satellite imaging and mapping originated from a 1960 Corona satellite imagery program jointly partnered by DARPA and the CIA. In 2004, Google bought the program from DARPA and renamed it Google Earth.

• The Global Positioning System (GPS) originated in the early 1960’s with DARPA’s Transit program. The first satellite navigation system, Transit, went into service in 1964 for the US Navy’s ballistic missile submarines.

• Modern computers also originated with DARPA in the 1960s. In 1968, the first computer with a mouse, a graphical user interface, and hypertext links was developed by a DARPA/US Air Force-funded program at Stanford Research Institute. Called oN-Line System (NLS), it was the forerunner of Xerox PARC’s Alto computer. The Alto was Steve Jobs’ inspiration for his Macintosh. New computer technologies, like neuro-synaptic chips are still coming from DARPA projects, too.

• The Internet was born in 1969 when DARPA established ARPANET, laying the structural foundations for the entire virtual universe. 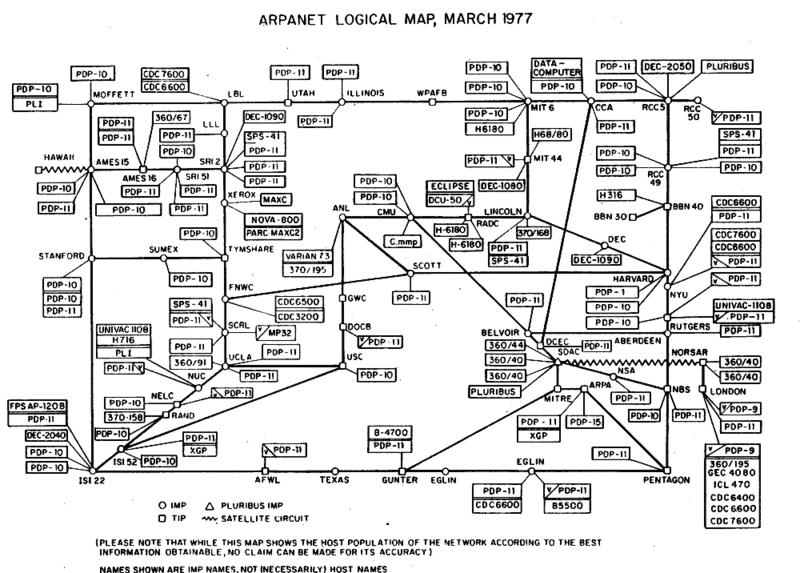 I imagine the internet was a pretty bizarre concept back in 1969, too…


« Start-Ups Aim To Turn All Windows Into Solar Power Generators