The age-old construction techniques employed in traditional brush and wattle structures are time-tested and worthy of great respect. “Touching the Earth lightly,” these techniques are both low-impact on the natural environment and highly sustainable, employing the most natural and abundant of green building materials.

Brush, referring to tree branches, twigs, leaves, and bark, has been used extensively throughout history and throughout the world by indigenous people to construct living quarters and animal shelters. Perhaps the most familiar brush structures in North America are Native American and First Nation Peoples’ wigwams, tipis (or teepees), and lodges. 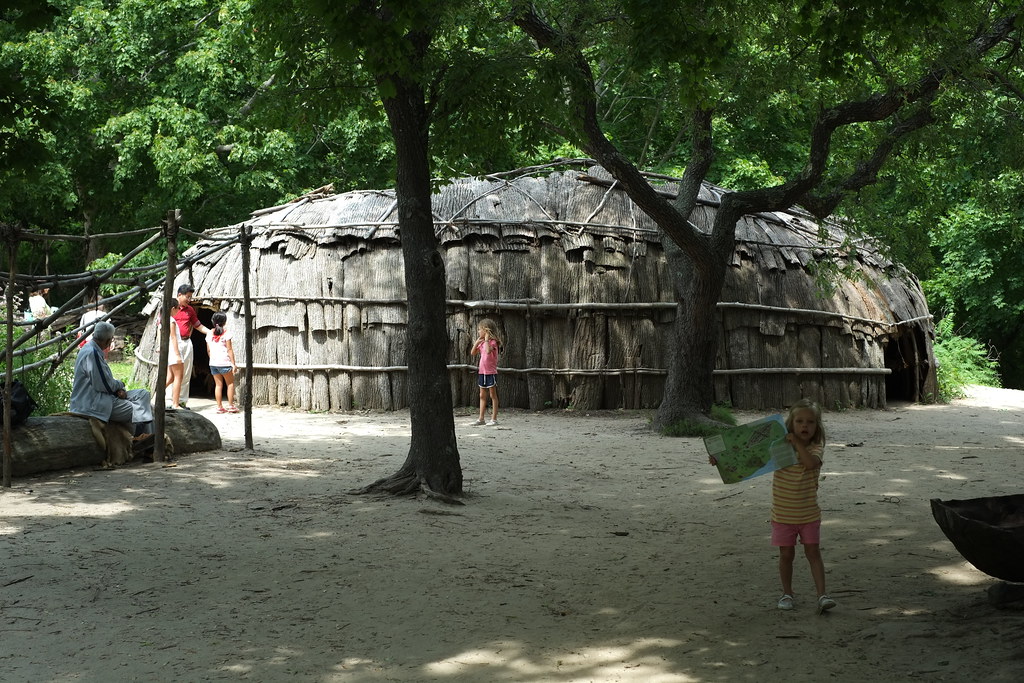 Expanding on the natural green building concept of brush construction, “wattle” is a method of weaving branches into lattice-like walls or fences. “Daub,” referring to mud, clay-bearing soil, or animal dung, is filled into and layered over the brush or wattle.

Wattle and daub may also be used for non-load bearing walls, filling in between stronger structural branches or timbers. Daub provides more thermal mass and strength to the brush structure and animal dung is especially appreciated by some native cultures for its waterproofing quality. 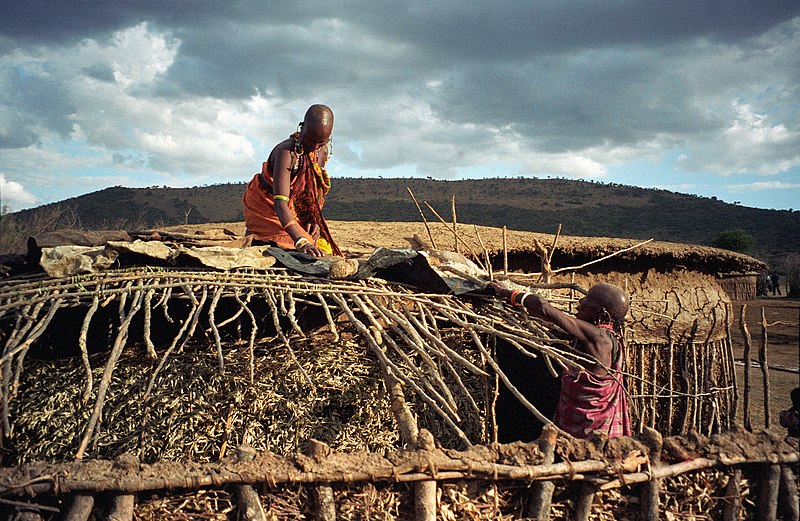 Some of the earliest people to use brush and wattle structures include the Maasai, a pastoralist tribe originating in the lower Nile valley around the African Great Lakes. Migrating south from what is now Northwest Kenya to southern Kenya and northern Tanzania, the Maasai have never abandoned their age-old customs and semi-nomadic lifestyle.

Although the Kenyan and Tanzanian governments had instituted programs to assimilate the Maasai into more contemporary lifestyles, this attitude is slowly changing. As global warming is taking its toll on African environments, droughts are increasing, lakes are drying up, and people are finding more value in the indigenous ways of life.

Experienced at farming in the deserts and scrublands, the Maasai population in on the rise, thriving in their traditionally-constructed homes of interwoven branches covered with cow dung and mud.

Kenyan government minister Mohammed Elmi noted that the Maasai pastoralists “had been adapting to changes in climate for millennia, and these skills could help them cope with the continent’s increasingly hot weather.”

Native American Tipis Are Still In Use Today

There are many variations among the Native American and First Nations’ living quarters. The tipi (or teepee) is probably the most commonly recognized dwelling, used typically by the Native Plains tribes. The tipi is constructed of tree trunks and may be covered with brush, such as branches and bark, but is more commonly covered with hides or fabric to protect inhabitants from the weather.

The Native American tipi is still in use today, often for ceremonial or educational events, but also for temporary shelter as the need arises. With the massive support of many Native American tribe members and compassionate non-natives, the Standing Rock Sioux Tribe of North Dakota is currently protesting the Dakota Access Pipeline (DAPL).

As supporters have swelled in great numbers in Cannonball, North Dakota, everyone has settled at a makeshift camp of tents and tipis known as Camp of the Sacred Stone. The DAPL crosses through sacred ancestral lands of the Standing Rock Sioux, and pipeline spills threaten the water supply of the Tribe.

Anthropologist Morris Opler spent time among the Chiricahua, a band of the Native American Apache tribe in the US Southwest. He recorded in the 1930’s that the Chiricahua used both the tipi and the oval-shaped wickiup in those days.

A Chiricahua tribe member told Opler, “The oval hut was covered with hide and was the best house. The more well-to-do had this kind. The teepee type was just made of brush. It had a place for a fire in the center. It was just thrown together. Both types were common even before my time….”

Opler goes on to describe the construction of a Chiricahua wickiup in fascinating detail:

“The home in which the family lives is made by the men and is ordinarily a circular, dome-shaped brush dwelling, with the floor at ground level. It is eight feet high at the center and approximately seven feet in diameter. To build it, long fresh poles of oak or willow are driven into the ground or placed in holes made with a digging stick. These poles, which form the framework, are arranged at one-foot intervals and are bound together at the top with yucca-leaf strands. Over them a thatching of bundles of big bluestem grass or bear grass is tied, shingle style, with yucca strings.”

“A smoke hole opens above a central fireplace. A hide, suspended at the entrance, is fixed on a cross-beam so that it may be swung forward or backward. The doorway may face in any direction. For waterproofing, pieces of hide are thrown over the outer hatching, and in rainy weather, if a fire is not needed, even the smoke hole is covered. In warm, dry weather much of the outer roofing is stripped off. It takes approximately three days to erect a sturdy dwelling of this type. These houses are ‘warm and comfortable, even though there is a big snow.’ The interior is lined with brush and grass beds over which robes are spread….”

Depending on location and resources available, wigwam construction varied only slightly. Some, as the Chiricahua, used leaves and hides for waterproofing, while bark stripped from trees was more common in the US Northeast (as in the first image, above). 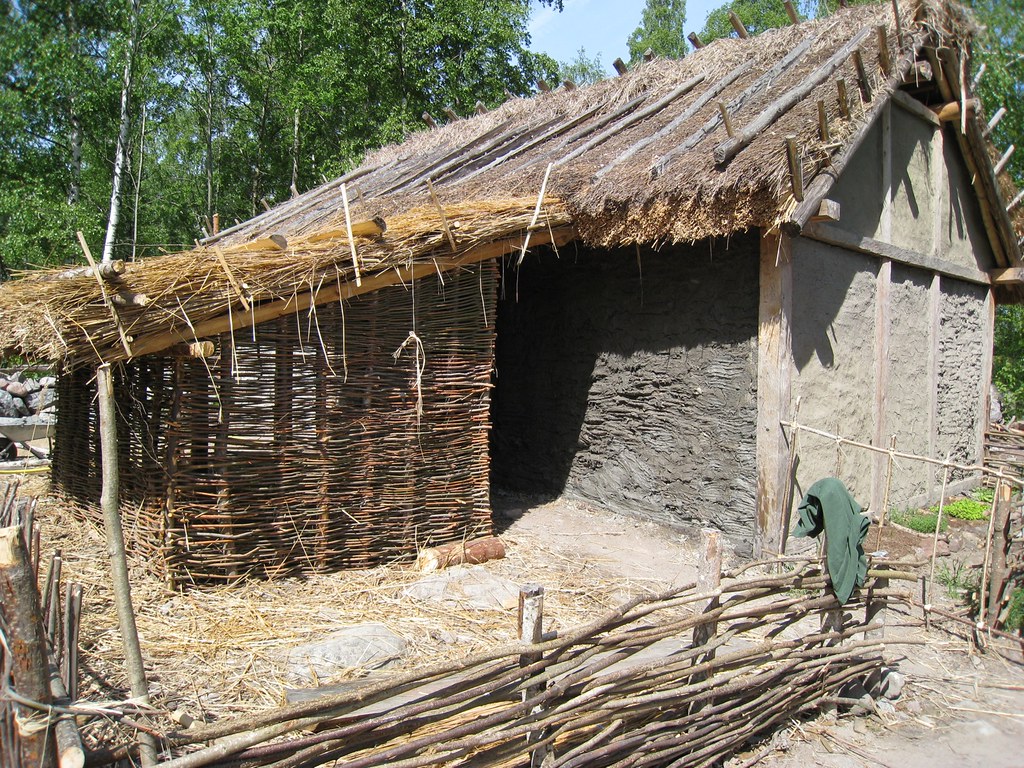 Improving on the brush shelter, wattle and daub can take a shelter and turn it into a home. A wide range of varieties in the wooden lattice designs and materials occurs across history and cultures. Willow, elm, and hazel are commonly used, but any green branches are adaptable.

The daub can also vary across soil types and cultural preferences. Sometimes simple mud is used, and sometimes straw or animal dung is added into the mix. Besides being naturally abundant, daub is also recyclable. Additionally, wattle and daub are both carbon “stores,” great for helping to protect the environment.

Daub can be applied heavily to create thick walls to increase thermal mass and heat retention. However, wattle and daub walls take up moisture, so a good waterproof roof is essential to keep the daub dry.

Ready to Brush, Wattle, and Daub?

Ok, let’s put all these cool skills together and see how it’s done in the wilderness. Check out this great video by Primitive Technology:

(I subscribed to that guy – he’s clever!)

Don’t forget – watch for new posts every week in our new series, “The ABCs of Green Building Materials.” And if you’d like to give a shoutout for a project highlighting great green building materials, please add a comment below!

Start-Ups Aim To Turn All Windows Into Solar Power Generators »