The greatly-underestimated public bus shelter is the latest subject of a creative solar power makeover. When competition winners were announced on June 30, 2016, an innovative new set of designs entered the high-tech highway to solar-powered shelters. 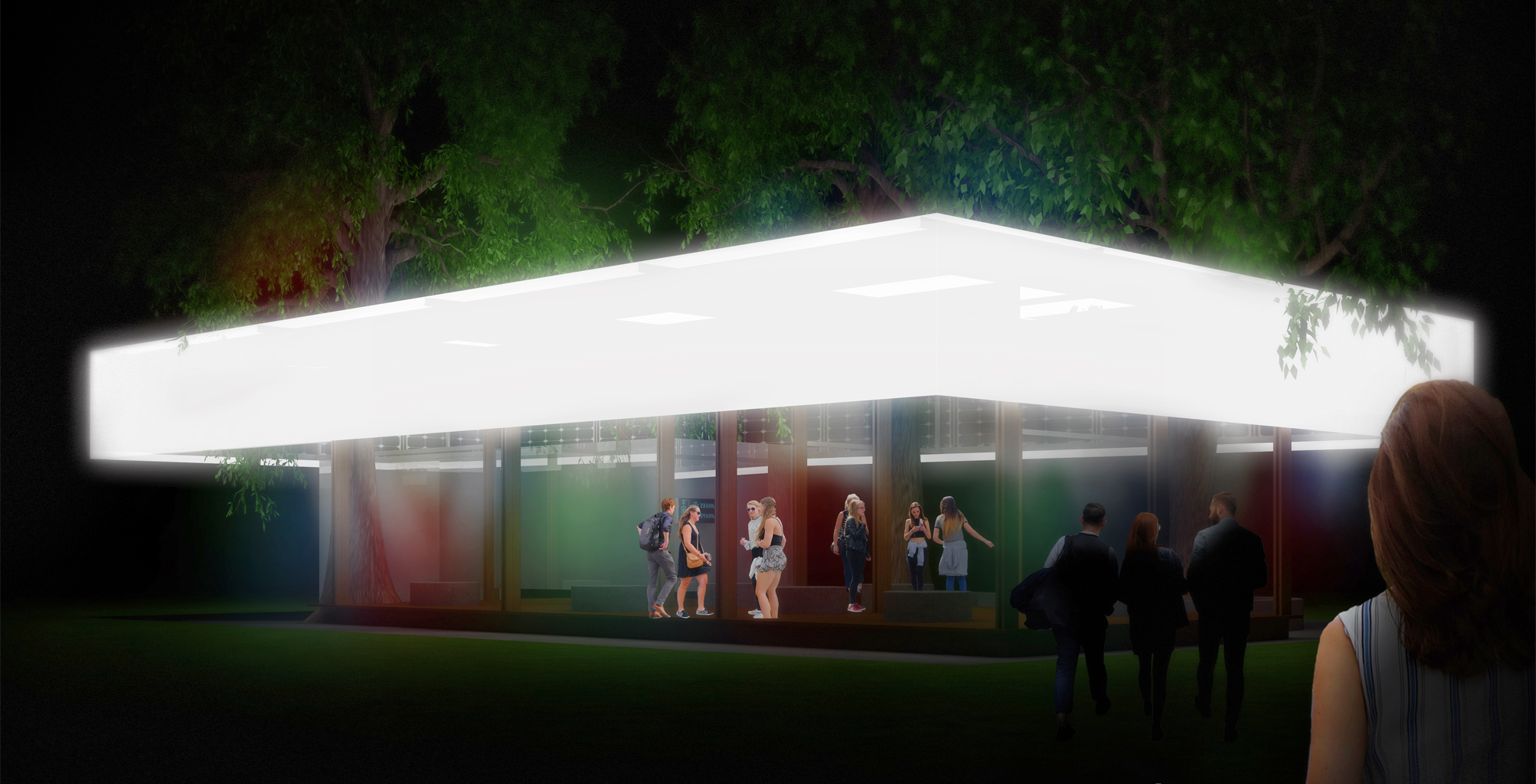 The 2016 Design Competition for a Solar Powered Shelter was conducted by CoLLaboratoire, a Canadian non-profit organization based in Montreal, Quebec. Overseeing a series of artistic installations along Montreal’s Sherbrooke Street, CoLLaboratoire’s main objective is promoting the role of public art to help increase “awareness of, and engagement in, issues around climate change at the local level.”

Carmela Cucuzzella, PhD, the CoLLaboratoire team director, quipped, “Contrary to the famous aphorism by architectural historian Nikolaus Pevsner who did not recognise the bicycle shelter as architecture, this competition was grounded on the conviction that a bus shelter can, and should be as architectural as a cathedral or even a museum.”

The location chosen for the top prize-winning solar-powered bus shelter is on Sherbrooke Street within Montreal‘s Loyola Campus of Concordia University. This is the present site of a sadly under-utilized public transit shelter which will be replaced by the winning project by the start of 2017. The call for entries, announced on April 15, was open to young designers from across the globe and the competition was judged anonymously.

Over 70 projects were submitted from countries including Canada, the US, France, Brazil, and Iran. On a really tight turnaround, monetary prizes were awarded eight weeks later for the top three bus shelter designs, as well as two honorable mentions, and a popular vote award.

Inspired by the process of photosynthesis in plants, SS35, the name of the top winning shelter, offers a solar-powered canopy among the trees. Built atop a wooden structure complementing the natural landscape, the canopy incorporates both natural light and solar energy through the innovative use of opalescent glass and solar panels. The solar energy generates sufficient electricity to provide LED lighting, Wi-Fi internet service, and a digital billboard. 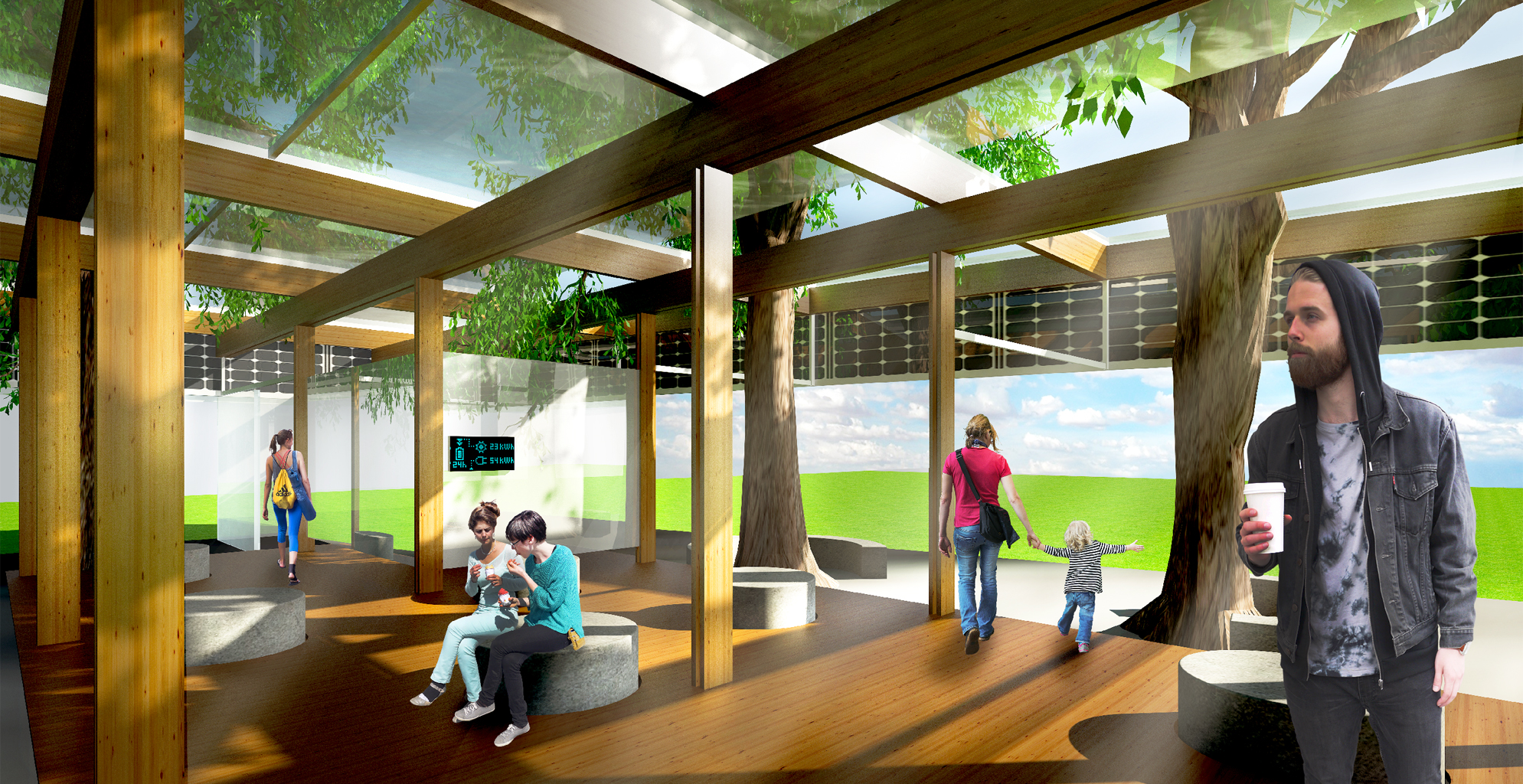 Roof-integrated movement sensors detect the presence of people in the bus shelter which inform microcontrollers overseeing the shelter’s environmental systems. As more people occupy the bus shelter, increased energy consumption drives a change in lighting from white to slightly orange, and the digital billboard offers consumption statistics along with other environmental information.

This award-winning shelter relies on solar energy storage in the form of a battery that can store up to 10 kWh. A grid connection is configured to kick in if the battery drops below 10 percent. Designed with both open and sheltered areas to maximize use as a pleasant meeting place, the innovative bus shelter offers a haven of urban tranquility in every season. 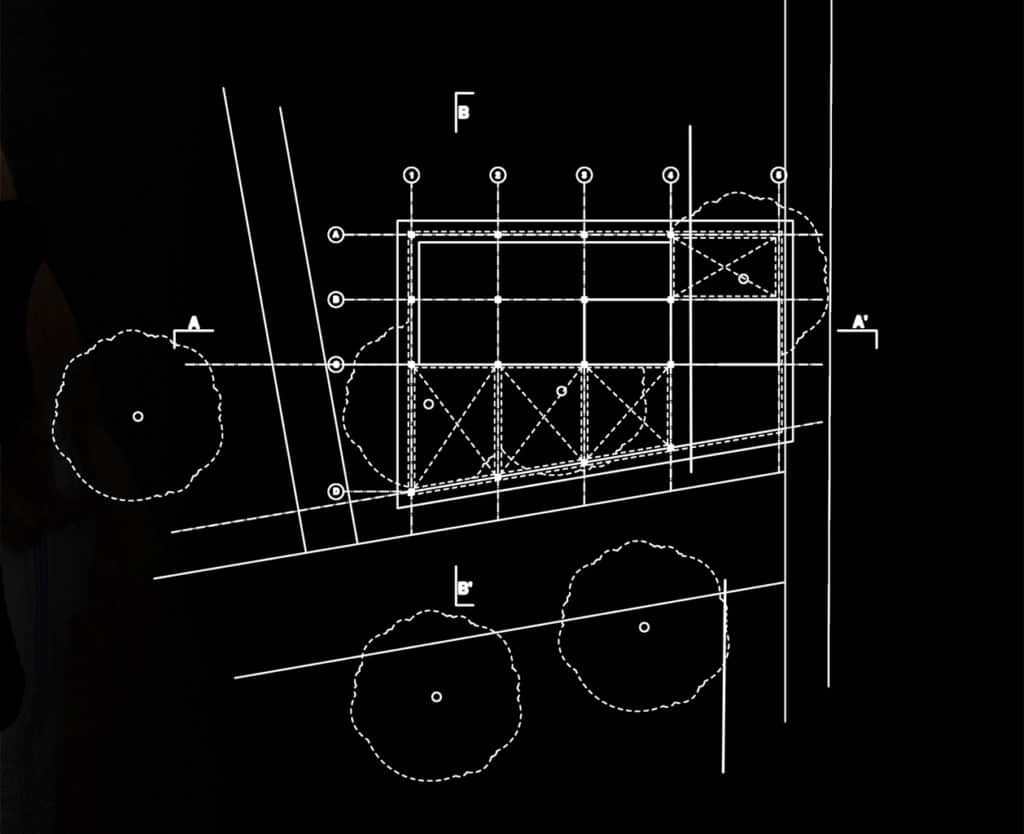 Driving the Bus Shelter from Conception to Destination

Cucuzzella noted that the 2016 competition offered “a rich diversity of innovative responses by young designers and will be interesting to compare the winning proposal with its technical realization, which will coincide with Montreal’s 375th anniversary.” Up to $23,000 has been committed by competition organizers to cover construction costs for the top solar-powered bus shelter design.