Instead of talking about the marvelous skyscrapers in New York City, they may soon be able to marvel at the Lowline, the world’s first underground park.

“The Lowline is a plan to use innovative solar technology to illuminate an historic trolley terminal on the Lower East Side of New York City. Our vision is a stunning underground park, providing a beautiful respite and a cultural attraction in one of the world’s most dense, exciting urban environments.” 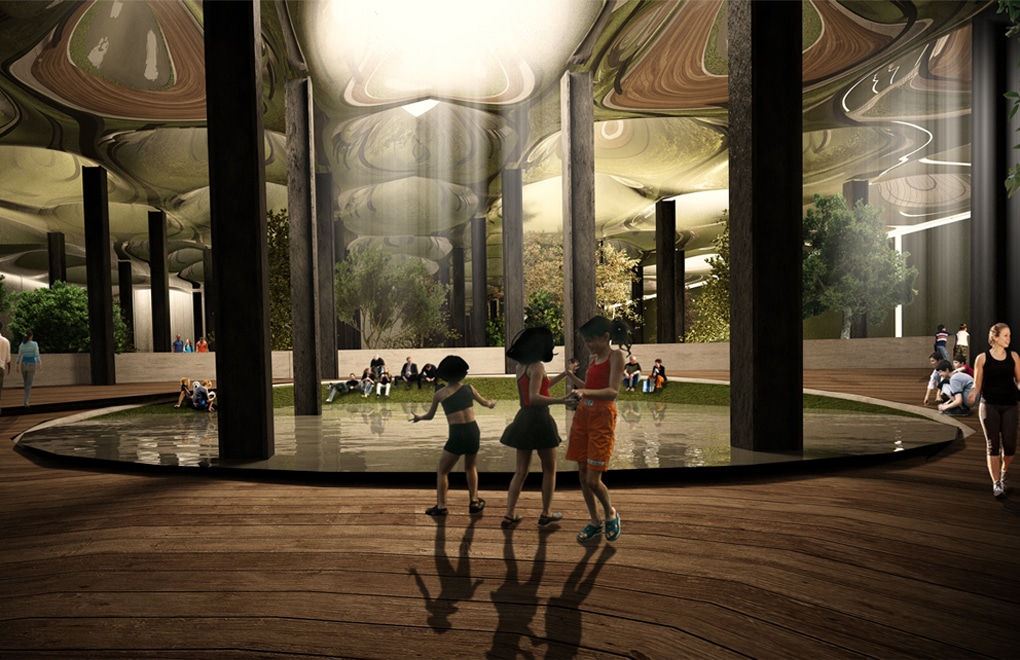 As the Lowline team puts it,

“We are inspired to use technology to improve the lives of city residents, by creating more of the green space we all need. The Lowline aims to build a new kind of public space— one that highlights the historic elements of a former trolley terminal while introducing cutting-edge solar technology and design, enabling plants and trees to grow underground.”

If this sounds too much like going downstairs to a dingy basement, think again. Park planners say they envision not merely a new public space, but an innovative display of how technology can transform our cities in the 21st century. And along the way, they intend to draw the community into the design process itself, empowering a new generation.

This green landscape will create a public space with natural vegetation–accomplished via sunlight piped in through high-tech tubes.

The project is led by James Ramsey, architect, designer, and former satellite engineer for NASA, writes Kevin Ryan for Inc.  “He came up with the idea in 2008, when he first learned of this abandoned subway terminal under Manhattan’s Lower East Side. Ramsey recruited his friend Dan Barasch to be the community outreach and business brains, and together the two co-founded the Lowline, a non-profit organization with the goal of making the vision a reality.”

Now that NYC officials have given the Lowline the green light, the park’s organizers have 12 months to raise $10 million, conduct community outreach, finalize the design, and submit detailed plans for further approval.

According to Mother Nature Network, late last week, the New York City Economic Development Corporation (NYCEDC) joined Alicia Glen, the city’s Deputy Mayor for Housing and Economic Development, to bestow the Lowline’s design team with the city’s full (conditional) permission to develop a public park in a neglected but still architecturally intact 60,000-square-foot site that, in a past life, functioned as the Williamsburg Bridge Trolley Terminal before being all but forgotten in the late 1940s.

I look forward to reporting on the successful outcome of this imaginative project. Some say the project will feel unusually akin to studying life on another planet, in “a galaxy farm far away.”

How To Build A Wind Turbine »