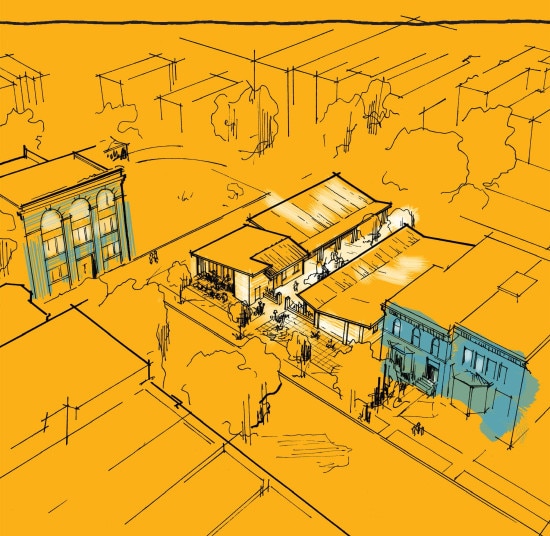 The winners of the Chicago AIA’s tiny house design competition were announced recently. Launched in November 2015, the competition solicited entries to address young adult homelessness in Chicago as part of the Tiny Homes Summit.

The winning entry, “A House for Living In,” is composed of 11 336-square-foot units and one interior community space gathered around a central courtyard. The project costs an estimated $73 per square foot, which is substantially less expensive than typical affordable housing, which is in the range of $200-400 per square foot, according to the AIA’s press release. 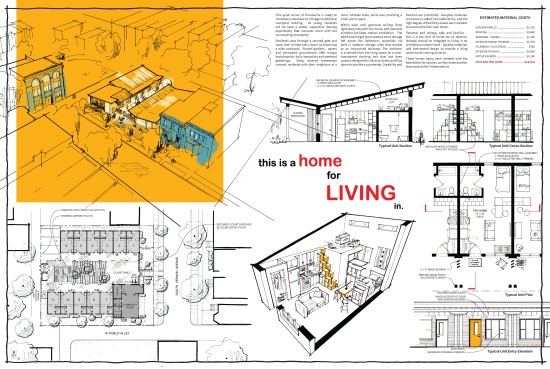 “A HOUSE FOR LIVING IN” BY TERRY HOWELL, AIA, LEED GA, LON STOUSLAND, AND MARTY SANDBERG, AIA, HAS BEEN ANNOUNCED AS WINNER OF THE CHICAGO TINY HOMES COMPETITION. (COURTESY AIA CHICAGO)

The central courtyard is entered through a locked front gate, and is envisioned as a gathering space and communal garden. Juror Benet Haller commented, “The submission’s site and floor plans are very efficient. Locations for storage are well thought out and the sleeping area is nicely separated from the living area. The use of brick on the exterior is a nice touch. Everything about this submittal works well.”

A prototype of “A House for Living In” will be constructed for the Tiny Homes Summit at the University of Illinois at Chicago on April 18 to 19. 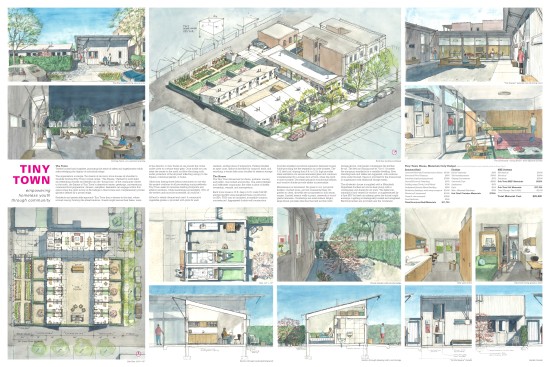 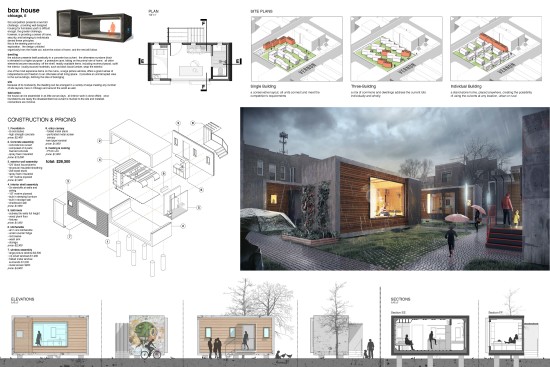 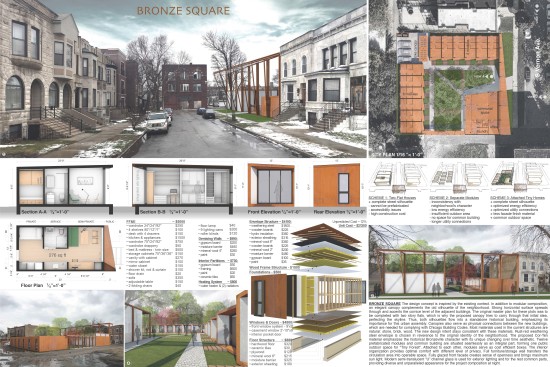 
« A Shipping Container Home With Solar Power: The Jagpod

Why Measure CO2 For IAQ And HVAC? »