How Photovoltaic Glass can Transform Windows into Solar Generators

What if glass windows could produce enough electricity to power the energy needs of an entire building? This is precisely the goal of photovoltaic glass.

The principle is simple and has been around for several years now: it is a solar panel system integrated into double glazing. It works just like a traditional solar collector but the material is transparent and lets the natural light in: the result looks just like a regular window. Its installation is no less different and requires the identical handling and lifting machinery.

Until recently, traditional solar panels resembled large, dark and mostly opaque glass plates. Therefore, there was a dilemma between letting daylight in and placing panels to generate electricity. Solar panels were consequently often limited to rooftops, either installed onto them or directly integrated with the roofline. 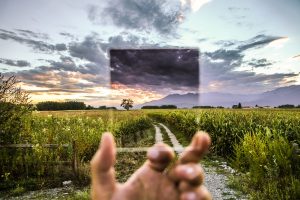 Several attempts were made to obtain transparent panels and many were unsuccessful. The material remained dark and was therefore difficult to use as glass window material. Another problem was that its effectiveness in terms of electricity generation was minimal. This issue was mainly resolved by developing a material that absorbs invisible rays such as infrared light. Once absorbed, the light is directed towards the edges of the panel where it is then converted to electricity.

By concentrating the area of transformation of light into electricity into the window frame, scientists were able to clear up the central area of the glass so that it could reach a level of transparency similar to that of glass. The energy efficiency of the glass is consequently improved and the power loss related to the transparency of the material is minimal.

Over the past few of years, the construction of some of the most innovative buildings around the world has involved photovoltaic technology. The Dubai Frame, for instance, has been erected as an impressive building in the shape of a 150 x 105 meter rectangle in the Zabeel park of Dubai. Its 1200m2 of golden photovoltaic glass reach a 20% transparency level and a total energy power of 38kWp.

Some of the leading international companies are also choosing clean materials to build their headquarters or stores: Apple has decided to commit to photovoltaic technology to build its new flagships. Coca-Cola has installed photovoltaic panels at several of its largest bottling sites. Universities, airports, stadiums and many other landmarks across the world are also leading the way in reducing their energy consumption and limiting their environmental footprint by integrating photovoltaic systems into their construction.

Even though the cost for photovoltaic glass remains high and might not be accessible yet to the general public, the potential uses for the technology are astounding and very promising. They also go way beyond the world of construction: smartphones could see their battery life improve vastly with a touch screen that could generate electricity when exposed to light. Agricultural greenhouses could provide power to their network in addition to heating the air volume for agricultural production. Electric cars could become increasingly self-sufficient with photovoltaic glass installed on their side and rear windows, windshield or even sunroof…the potential uses are endless: all that is glass could possibly become a micro-electric power plant.