Construction of a new US Facebook data center is well underway at 4500 Like Way in Fort Worth, Texas.

The Facebook data center aims to be 100% renewable, and has already contributed 200 MW of wind energy to the Texas grid, said vice president of infrastructure Tom Furlong last summer.

“Like its predecessors, we expect Fort Worth to be one of the most advanced, efficient, and sustainable data centers in the world. Our continuing work on data center design is an important part of our overall infrastructure efficiency efforts, which have helped us save more than $2 billion in infrastructure costs over the last three years.

“And like its immediate predecessor, Fort Worth will be powered by 100% renewable energy, thanks to the 200 MW of new wind energy we helped bring to the Texas grid as part of this deal. Thanks to our continued focus on efficiency and our investments in renewables in recent years, the carbon impact of one person’s use of Facebook for an entire year is the same as the carbon impact of a medium latte.” 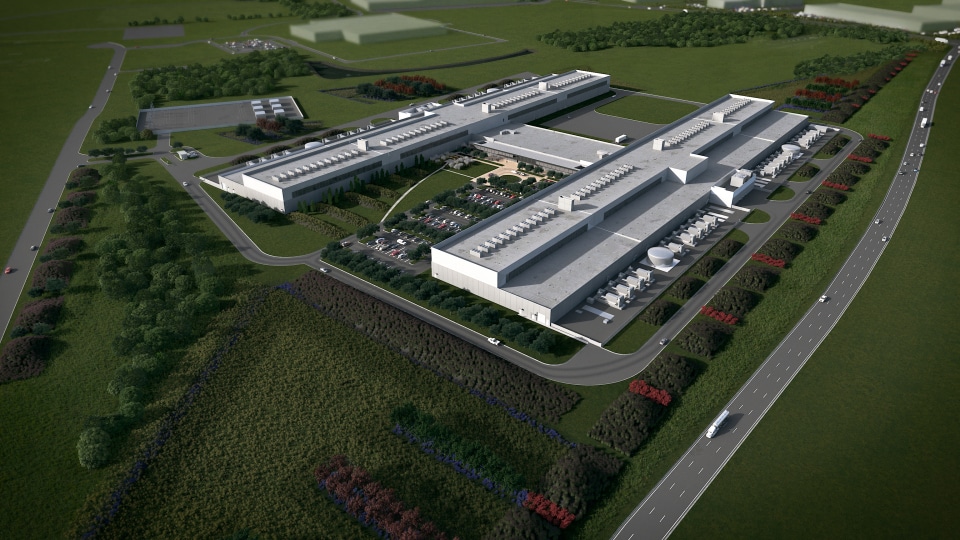 According to BuildZoom, the project “…has cost $229,719,000 to date, and that’s just the beginning, said a company spokesperson. “ Facebook claims that it will ultimately spend at least $500 million on the project.” Projects of this size are typically flagged by BuildZoom’s platform.

According to Facebook, along with its Altoona, Prineville, Forest City, and Lulea data centers, Fort Worth will be one of the cornerstones of the global infrastructure bringing Facebook apps and services to users.

“We also recognize that we all need to work together to ensure that our industry is more efficient and more sustainable over time,” said Furlong. “That’s why we openly share our designs for our data centers through the Open Compute Project, which now has more than 200 members and thousands of participants, all collaborating on the development of efficient and sustainable data center technologies.”

How Photovoltaic Glass can Transform Windows into Solar Generators »