GBE will be featuring three posts highlighting projects from the recently published book Designed For The Future: 80 Practical Ideas for a Sustainable World. The book asks the question: “What gives you the hope that a sustainable future is possible?” Featuring responses by 80 innovators spanning architecture, urban planning, landscaping, journalism, and also environmental leaders, the resulting book is a compilation of their interesting ideas on how to create a better future. 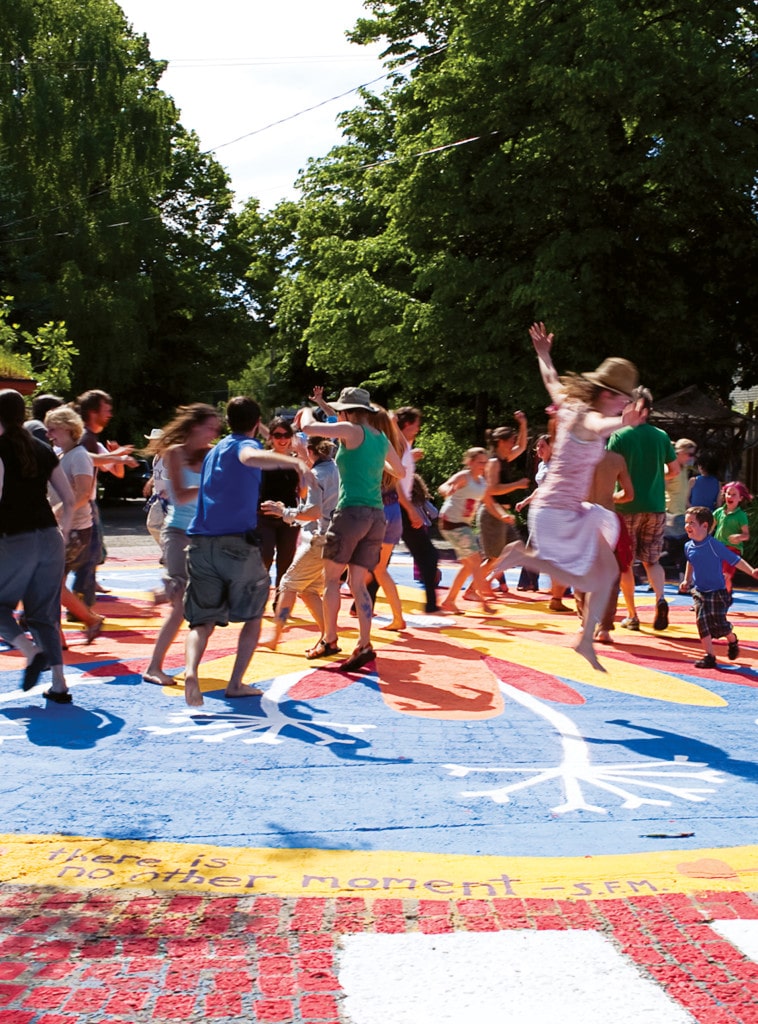 Create a really beautiful place, and people will slow down to be a part of it.

Started in 1996, the project has reclaimed over 300 intersections and other locations in Downtown Portland and made them community gathering places. The intersections have been painted over, depaved, and pavers and bricks have been planted in their place. This has been followed by spontaneous meeting places, bulletin boards, and even portable tea houses showing up. 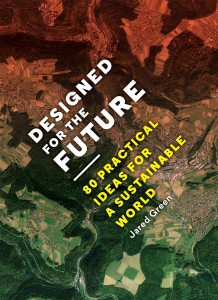 The project is the brainchild of Mark Lakeman, son of the founder of Portland’s urban planning division and a creator of Pioneer Courthouse Square – “Portland’s Living Room,” and an architect famous for her investigations of natural light and the Italian piazza.

Our gridded American streets provide few opportunities for people to assemble naturally, and fewer public spaces than any other developed country. “But it’s about cars and separation – not places people can belong to.”

The City Repair Project attempts to take back these natural assembly locations and give them back to the community. It “shows a way to reclaim and repopulate public space to help make cities sustainable in the long run.”