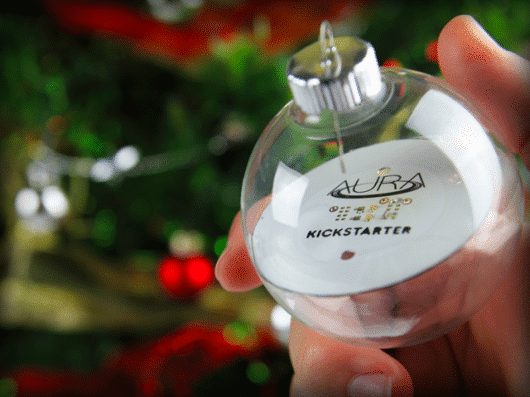 This is another article for those who simply must have the latest and greatest that technology has to offer. In this case, it is wireless holiday lights, and it will be the next great thing for 2015.

Powered by Aura has developed a system that allows lighted ornaments to be powered wirelessly from a central source. The Aura Power Ring can be placed at the base or center of the tree, depending on its size (range is about 5 feet). Once the Ring is plugged into a standard outlet, ornaments that are brought within the power center’s field will light up. The energy is safely transmitted and can only be received by the precisely tuned ornaments. 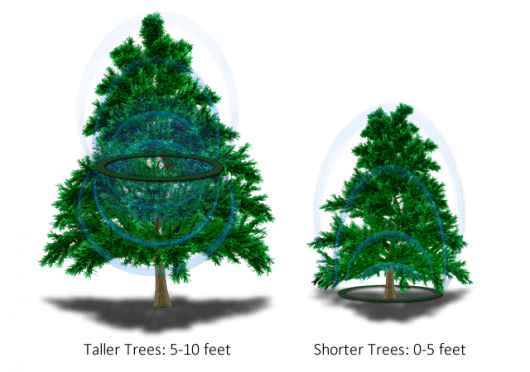 “There are other safeguards in the system just in case third party or non-intentional receivers enter the field,” Powered by Aura’s Christopher Higgins told Gizmag. “But the technology is fairly straightforward – put the Aura power ring around the tree, plug it in, and as you hang the Aura ornaments they light up.”

Users can control the power ring and the ornaments through a wi-fi connection or a mobile phone app. Lights can be turned on or off, and schedules and timers set from the phone app. 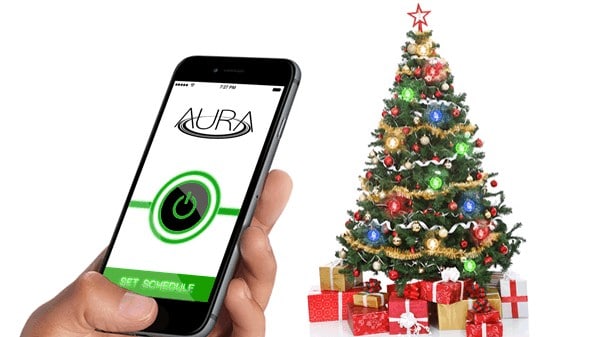 One of the best features about this system, besides the lack of wires to get tangled up, is its safety. With no power transmittal wires and no heat being created, the risk of fires versus traditional lighting is significantly less. Also, since individual ornaments can be removed from the system without affecting the rest of the ornaments, one bad apple doesn’t ruin the whole bunch.

Aura ornaments come with a 20 year life span, so are meant to hang out for many years to come. They are available in voltages for Europe and the United States.