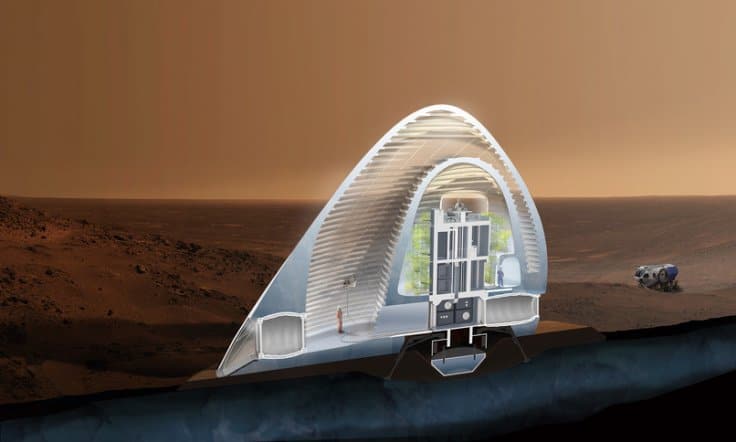 Suddenly, talk of living on Mars is everywhere. The redoubtable Elon Musk is planning to build rockets to transport lucky humans (1%-ers?) to the Red Planet. He also plans to set off small nuclear fusion devices to imitate the sun and warm the place up just enough to make living there appealing. One of the most popular movies at the moment is The Martian, about an astronaut presumed dead on a mission to Mars who miraculously survives. People today seem to assume humans are going to Mars. The only thing we don’t know is when.

At the Maker’s Faire on September 26 in New York City, a proposal to build a 3-D printed ice house on Mars was put forward by Team Space Exploration Architecture and Clouds Architecture Office. Their idea for a sustainable habitat on the planet was awarded the $25,000 first prize at the Faire.

The problem with building a home for space travelers is that the cost of lugging materials all the way from earth is just too great. The beauty of the winning plan is that it uses the ice already trapped in the outer crust of Mars to make dome-shaped 3-D printed shells that would protect astronauts from solar radiation and form the basis for a multi-chambered living space inside, complete with gardens for growing locally produced fruits and vegetables. 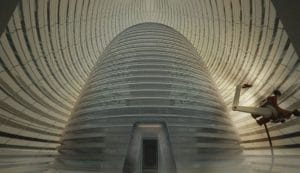 According to International Business Times, the ice house concept is possible if it is built on a part of Mars with a climate that is below freezing all year round. Scientists believe geothermal heat underground makes water move toward the surface. The water freezes before it reaches the surface due to the low temperature above, creating an underground layer of ice.

Mars has a low pressure atmosphere that is incredibly thin. When exposed to it, ice immediately sublimates, turning into a gas. The idea is to harness that gas, turn it back into water, and then use a robot to spray layers of water, fiber and aerogel to create an outer ice shell that freezes immediately upon contact with the atmosphere. In addition to being translucent so light can come into the conical house, the ice walls protect against radiation. The outer ice shell is then coated in a membrane of Dyneema-reinforced EFTE plastic to prevent the ice from sublimating again.

The second part of the 3-D Printed Habitat Challenge sponsored by NASA will begin soon. It carries a top prize of $1.2 million for any team that can take its ideas beyond the concept phase and prove they are feasible in an interplanetary environment like that found on Mars. The contest requires entrants to develop the fabrication technologies needed to manufacture structural components either from a combination of indigenous materials and recyclables, or indigenous materials alone.

Perhaps before the turn of the next century, humans will be living in 3-D printed ice shelters on Mars and dreaming of taking vacations in the Martian equivalent of the Bahamas, where Elon Musk’s artificial suns will keep the atmosphere tropically warm all 687 days of the Martian year. 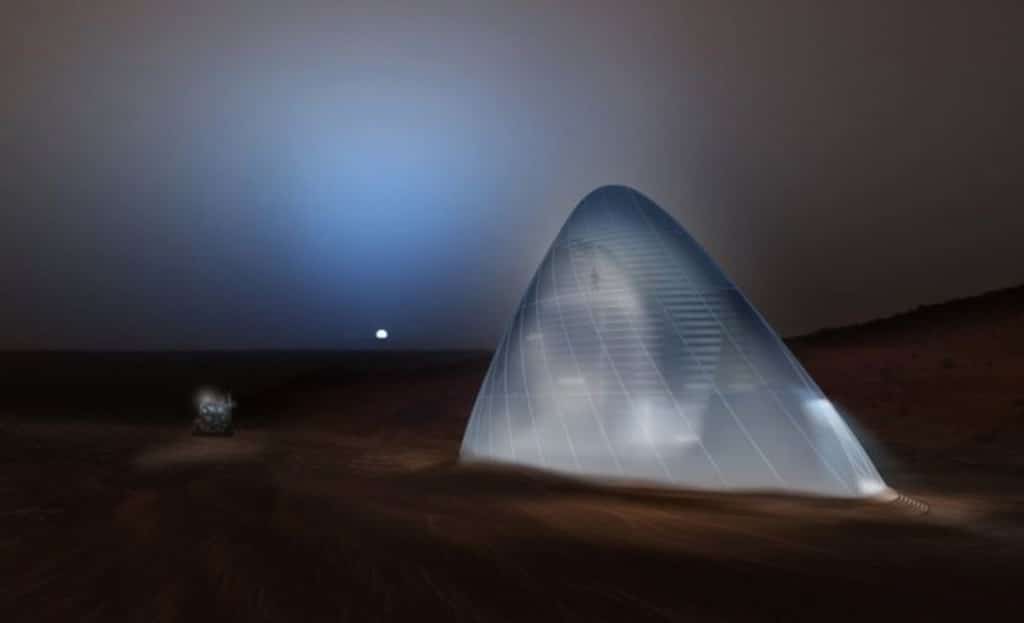