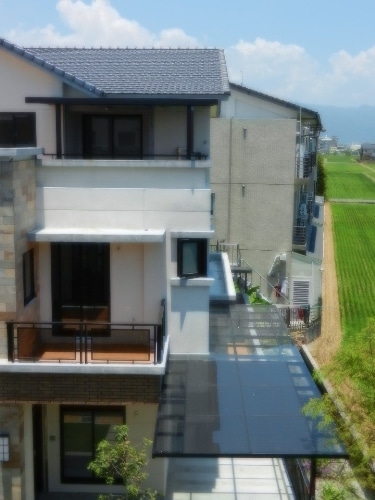 Building integrated photovoltaics (BIPV) have been around for a few years now. They have graced concrete, storefront systems, glass, and many other materials. The goal of these products is to integrate the photovoltaic system into building materials that are already used in the structure, reducing the weight of the system, providing more design flexibility, and making them aesthetically pleasing.

NexPower’s solar glass, which is a form of BIPV, has recently been installed at the Building Research Establishment in Watford in the United Kingdom. Also known as “Two Houses One Concept,” this 2-unit housing project is a joint-effort by Switzerland’s Userhuus and the UK’s Tigh Grian, and it is bringing affordable, energy-efficient, volumetric housing solutions to the market. The project has caught the eye of professionals in the green industry as well as housing decision-makers all across the UK.

One of the most noticeable elements of the Building Research Establishment in Watford is its stylish, fully-integrated photovoltaic roof. This roof features NexPower’s “Photovoltaic (PV) Thin-film,” delivering a solar panel like no other in the world, since it can be installed just about anywhere.

The film can be placed on the ground, on rooftops, or on the exterior of buildings. It can even replace the windows in cars. What’s more, photos, drawings, paintings, and even LED lights can be embedded inside for a more fashionable exterior look.

Although it is lighter than other solar products, it generates more energy from the sun and can withstand most natural disasters, including typhoons.

Another thing that sets NexPower’s products apart from the others is their ability to draw more energy than regular solar panels. For example, the high-absorption capability of NexPower’s thin-film module allows it to draw maximum energy, even in weak sunlight or extreme heat, making it perfect for off-grid markets and warm regions. 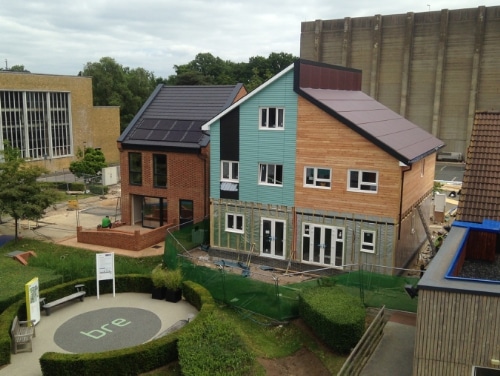 NexPower is involved in several sustainable housing projects around the world, including a totally off-grid house in Switzerland that will be the world’s first multi-family ZEH (zero energy house), which is due to be complete in December 2015.