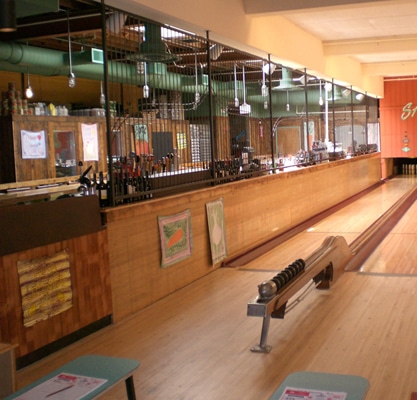 Former presidential candidate H. Ross Perot was once asked how to become successful. “Follow an immigrant around and do what he does,” Perot replied. That advice would work especially well if you chose Tadas Mikuzis and Art Timofejev, who were born and raised in Klatipeda, Lithuania. In 2001, they emigrated to Maine and started working with friends at Utopia Designs. There they learned how to transform wood, steel and other salvaged materials from old aircraft hangars and century-old barns into furniture and fixtures.

“I found that building furniture and putting my hands on materials and coming up with new designs was what I wanted to do,” Timofejev tells Mainebiz. Though he trained as a civil engineer, “I didn’t want to spend my days in front of a drafting board.” In 2010, the pair founded Artas Designs and hired two employees. Putting what they had learned at Utopia Design to work, they started by building booths, tables, and chairs for the Flatbread Co. pizza shop in Somerville, Mass., which was housed in a former bowling alley. 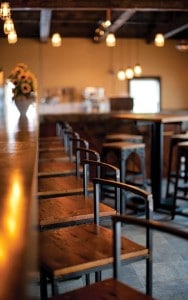 That job led to a story in Design New England magazine. Soon after it was published, they started getting calls from buyers from all over North America. “People like the fact that these materials are not ending up in a landfill, and they’re getting a nice piece of furnishing in their bars and restaurants,” says Mikuzis, who trained as an electrical engineer. “People really value the fact that there is a history behind the materials, that they might have something in their home or store that’s from a 120-year-old barn in Cape Elizabeth.”