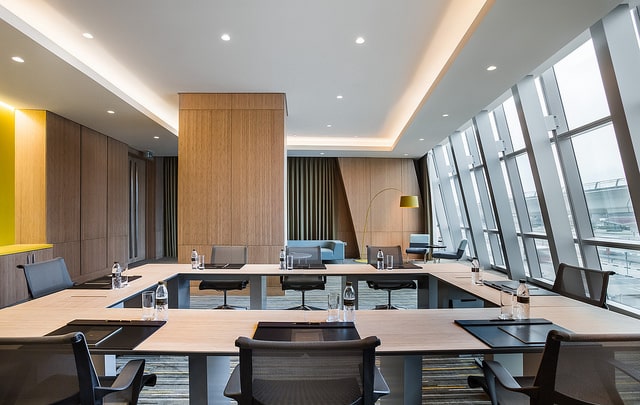 The US Congress and President Obama recently approved a bill that would establish the Tenant Star Program to recognize office spaces that implement energy efficiency measures, saving money and the environment.

The Tenant Star Program will be a part of the current Energy Star Program for buildings, providing incentives to encourage tenants in office buildings to install energy-reducing fixtures and systems.  It will be the first government-endorsed label in the United States to recognize leased spaces within commercial buildings for sustainable design and operation.

“‘Tenant Star’ will align office tenants with their landlords to make smart, cost-effective investments in energy-efficient leased spaces. Broad adoption will save businesses billions of dollars on energy costs in the coming years and generate new American jobs in the energy efficiency field that cannot be exported,” said Anthony E. Malkin, chairman, president and CEO of Empire State Realty Trust, Inc. and chairman of The Roundtable’s Sustainability Policy Advisory Committee.

Roundtable President and CEO Jeffrey D. DeBoer called Tenant Star a “triple win that will spur the economy by creating jobs, enhancing energy security, and preserving our environment by cutting greenhouse gases.” He added, “The program will allow building owners to attract financiers, investors, and tenants in the increasingly competitive national and global markets for real estate.”

Roger Platt, US Green Building Council president, said in a statement, “[The bill] will help save energy and trim costs for tenants across the country.”

The bill’s sponsor, Sen. Rob Portman from Ohio, termed it “good for the economy and good for the environment.”  Sen. Jeanne Shaheen from New Hampshire, who teamed with Portman in drafting the legislation, called the bill “a modest but significant victory over legislative gridlock.”

The bill directs the Department of Energy to conduct a study, due within a year, on the feasibility of making major energy efficiency improvements in commercial buildings and encouraging owners and tenants to carry out those upgrades.

Senators Portman and Shaheen, who have been working on energy efficiency proposals for many months, want to go further than the newly approved bill.  Both said they intend to push for a more wide-ranging energy efficiency measure, which they introduced in March. The Senate Energy and Natural Resources Committee has scheduled a hearing on that bill.


« Lowe’s Offers 3-D Printing Out of Any Material, Including Gold