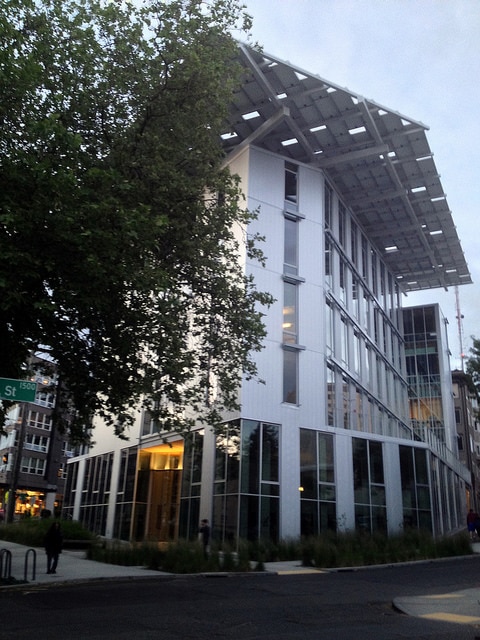 The Bullitt Center has proven its status as the greenest commercial building in the world by becoming the first office building to earn Living Building certification, the most challenging benchmark of sustainability in the built environment.

To earn the certification, the Bullitt Center demonstrated that it produces more electricity from solar panels on its roof than occupants use in a year. In addition, toxic chemicals were screened from all building materials and all wood was Forest Stewardship Council certified. Its occupants’ human waste is composted and rainwater is captured for all uses, including drinking.

“We made a huge, bold bet that human creativity could overcome dozens of unprecedented challenges,” said Denis Hayes, CEO of the Bullitt Foundation and the Bullitt Center. “If Living Buildings can be built and operated in Seattle, the cloudiest major city in the contiguous 48 states, they can and should be built everywhere.”

In 2014, the Bullitt Center produced 60 percent more energy from solar panels on its roof than it used, largely due to efficiencies that exceeded expectations, making it the most energy efficient office building in the United States and possibly in the world. 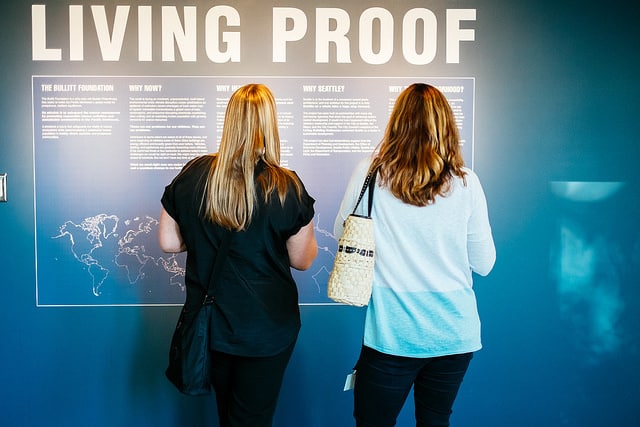 “I have dreamed of building something truly sustainable—something that didn’t just minimize harm but that actually improved the earth—since I was a teenager,” said Hayes. “Today, because of the deep commitment of an all-star team of architects, engineers, contractors, regulators, lawyers, politicians, and even bankers, Seattle has become the home of the greenest building in the world.”

“Quite simply, this is one of the most important buildings in the world,” said Jason F. McLennan, CEO of the International Living Future Institute. “The Bullitt Center proves that dramatic improvements are possible when a talented group shoots for the stars.”

The Bullitt Center was developed to show the current state-of-the-art in sustainable design, to influence development and operation of other buildings.

“To achieve the ambitious performance goals, the integrated design team overcame some big technical challenges,” said Paul Schwer, Principal at PAE Consulting Engineers, the lead engineer. “We hit the mark because the architect, engineer and contractor all worked together in a highly collaborative way.”

“If delivering the world’s first living office building weren’t challenging enough, then a tight urban site only added to the many complexities,” said Casey Schuchart, Building Division Manager at Schuchart, the general contractor. “It wasn’t only Schuchart’s first living building, but our subcontractors’ too. We had a team that truly rose to the occasion by developing products and techniques that didn’t even exist at groundbreaking.”

Projects in 12 countries are registered in the Living Building Challenge and six other projects have been certified to date, including McGilvra Place Park, a public space immediately adjacent to the Bullitt Center. McGilvra Place is the first “Living Park” to meet the Landscape Typology requirements of the Challenge.

To learn more about the Bullitt Center, how it achieves its net zero status, and how it has changed the industry see the recent series on GBE.