When Danish architect Jørn Utzon penned the design for the Sydney Opera House in 1948, sustainability was one of his primary objectives.

Utzon designed the building to last 250 years at a time when 80 years was the norm. He also devised a cooling system that uses the sea water found right next to the Opera House rather than potable water from the city’s municipal supply. Doing so has saved enough drinking water to fill more than 600 Olympic size swimming pools during the more than 40 years the building has graced the Sydney waterfront.

The Sydney Opera House and all its sustainable features almost never happened. His original submission was little more than some rough sketches and was rejected out of hand by the selection committee. World renowned architect Eero Saarinen was asked to be the final judge of the design competition. He rescued Utzon’s discarded design from the trash and declared it the winner.

Sydney was scandalized. The design was too bold, too brash, too daring. Engineers declared Utzon’s masterpiece unbuildable. Construction began in 1958 but was not completed until 1973. It took people that long to figure out how to turn Utzon’s dream into reality.

Today, the Sydney Opera House is home to every segment of the performing arts from ballet, to theater, to concerts. It has captured the heart and soul of an entire continent and, thanks to the vision of its architect, will remain a shining icon on the shores of Sydney Harbor for at least the next 210 years.

“The Opera House embarked on a decade of renewal at its 40th anniversary in 2013, to ensure the Opera House meets the needs and expectations of 21st century artists, audiences and visitors,” says CEO Louise Herron. “A core part of renewal is honouring Utzon’s legacy, including his innovative and sustainable design.” 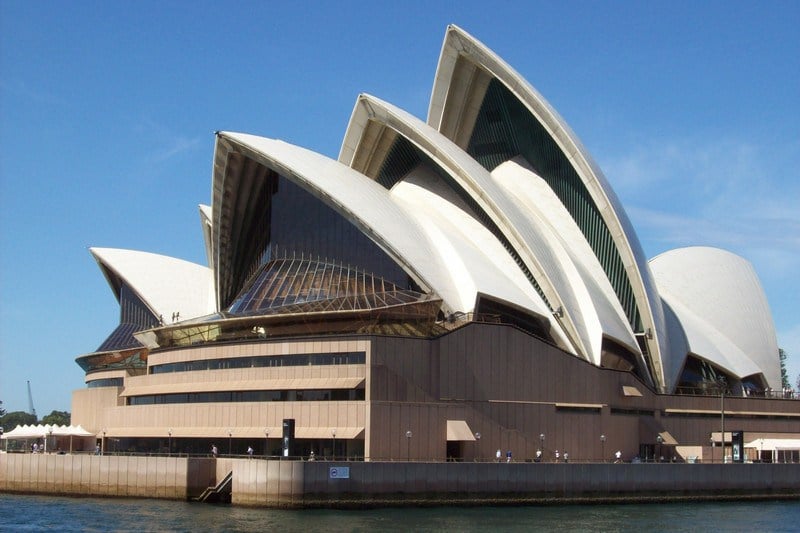