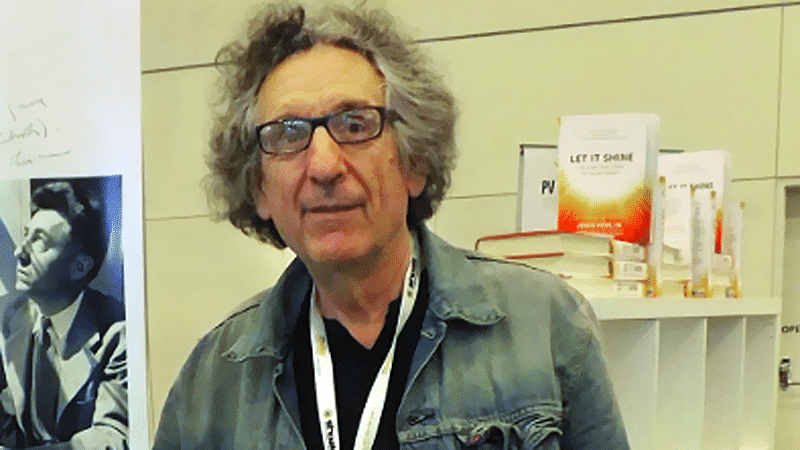 In a discussion today about solar energy and the coming Year of Light, author John Perlin helped enlighten me about the importance of the solar cell (photovoltaic systems) as a source for renewable electricity. What is the biggest consideration in designing a PV system, as opposed to a solar thermal system that uses multiple heliostats?

The answer: PV functions without requiring moving parts. Perlin, author of Let It Shine: The 6,000-Year History of Solar Energy, elaborates on that answer, below.

Year of Light and the Solar Cell

Most consider the solar cell as just another device for producing energy. But this is just not the case. Solar cells are something special, nothing less than a revolution in power generation.

As Science magazine observed almost forty years ago, “If there is a ‘dream’ solar technology, it is photovoltaics – solar cells – at once the most sophisticated solar technology and simplest, most benign source of electricity yet conceived.”

Daryl Chapin, one of the inventors of the silicon solar cell – the first solar cell capable of directly converting enough sunlight for practical purposes – realized from the beginning the significance, writing: “It is clearly wasteful to convert solar radiation into heat and reconvert it into electricity or mechanical motion. This is one reason why scientists eagerly welcome any information about a direct conversion of solar energy to electricity even though early results are competitive economically in special cases. Cost reduction and other improvements can come later. The important fact is that more than 10% of the sun’s total radiant energy can be delivered as electrical energy into a load without moving parts and without wasteful prior conversion to heat energy.”

The New York Times, like Chapin, celebrated the birth of the silicon solar cell in 1954, as “the beginning of a new era, leading to the realization of one of mankind’s most cherished dreams – the harnessing of the almost limitless energy of the sun for the uses of civilization.”

Bell Laboratories, where the semiconductor era began, predicted that its two semiconductor inventions – the transistor and the silicon solar cell – would be “closely linked in many important future developments that will profoundly influence the art of living.”

To expand on this subject, here are Perlin’s answers to three questions I proposed.

Meyers: What do you see as so revolutionary about photovoltaics?

Perlin: Here we see for the first time in the history of humanity the transmutation of sunlight directly into electricity by material less than the thickness of a human hair. What could be more amazing than that! And what could be more useful to humanity! As Chapin presciently stated more than fifty years ago about the potential of his and his colleagues’ discovery of the silicon solar cell, “The important fact is that more than 10% of the sun’s total radiant energy can be delivered into a load without moving parts and without prior conversion to heat energy…Cost reduction and other improvements can come later.”

Meyers: What are the advantages of PV over other power sources?

Perlin: First of all, photovoltaics do away with all the bulky paraphernalia – boilers, turbines, pipes and cooling towers – usually associated with electrical generating technologies. Its modularity allows it to be tailored to the size of and placed at the site of need, ultimately doing away with the need for transmission lines and allowing each place of load to become its own power plant. Being part of the semiconductor revolution, it therefore benefits from the advances constantly made in materials science. If these attributes did not suffice, there are no moving parts nor losses of material as the solar cell generates electricity.

Meyers: How does PV play out in the developing world?

Perlin: Too few mechanics and little in the way of spare parts make most of the unelectrified world a burial ground for technologies based on motors, solar or fossil fueled. It’s the curse of moving parts that can and do go wrong. Just like the contrast between the vacuum tube and the transistor and why the transistor won out. Semiconductors like pv have no moving parts. If designed and built properly, a pv module will generate uninterruptedly electricity for decades. It circumvents the curse of motors, of turbines. Ironically, the simplicity and durability of PV has one downside in the developing world, as explained to me by a veteran in the PV industry who spent most his years in Africa: “People steal modules because everyone knows their worth and that they are easy to use. They just wire them to their battery or directly to the tv, radio or CD player and they work.”

The next series of solar history articles will take the reader on a 140-year journey from the discovery of the direct conversion of light to electricity to its preeminence in the solar revolution of today.