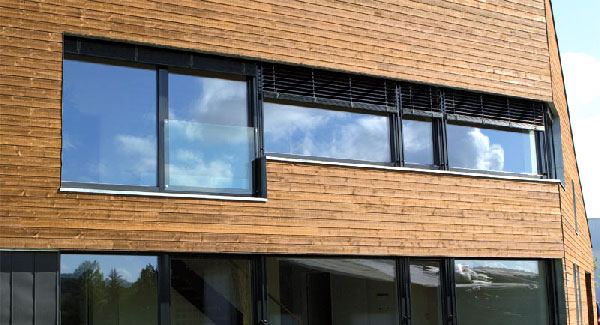 Replacing the windows in a building can improve its energy efficiency significantly, but the work is often carried out in phases.  Windows need to be selected based on their performance both during and after a project is complete.  Passive House Institute has announced a competition and ratings system that- like the Australian system we covered last month– will allow consumers to know which Passive House-certified windows will save them the most money throughout such a project.

Passive House Institute recently announced that it will be holding its Component Award competition for the second year in a row.  This year the focus will be on windows which provide good results both during the transitional period of a refurbishment without façade insulation, as well as after completion of the project.  The winners will be presented at the International Passive House Conference, which will be held from 17 – 18 April 2015 in Leipzig, Germany.

The competition, open to all manufacturers of Passive House-certified windows, will primarily assess the cost efficiency of the windows within the context of a building refurbishment project; in doing so, the purchase costs will be measured against the potential savings.  The competition jury will also consider the aspects of practicability, innovation and aesthetics.  Manufacturers who register for participation will receive plans for an installation situation with specifications of the window sizes, and will then be required to submit pricing.

“Refurbishments will constitute an increasingly greater proportion of construction activities in the coming decades, therefore it is important that building owners are able to have access to high quality products and concepts”, says Dr. Benjamin Krick, Head of Component Certification at the Passive House Institute.

There will be separate categories for the different types of windows: wood, wood/aluminium, aluminium and PVC.  The cool/temperate climatic zone will apply for all four categories. Any windows which have been certified by the Passive House Institute may be entered.

In the first Component Award competition in 2014, Passive House windows were compared with standard windows.  “It was demonstrated that overall cost savings of more than 25 percent over the life-cycle of the products were possible with the leaders in this sector“, says Professor Wolfgang Feist, Director of the Passive House Institute.  “With Passive House quality, the energy revolution becomes not only affordable, but also profitable.”

The deadline for submissions for this year’s Component Award competition is 1 February 2015.