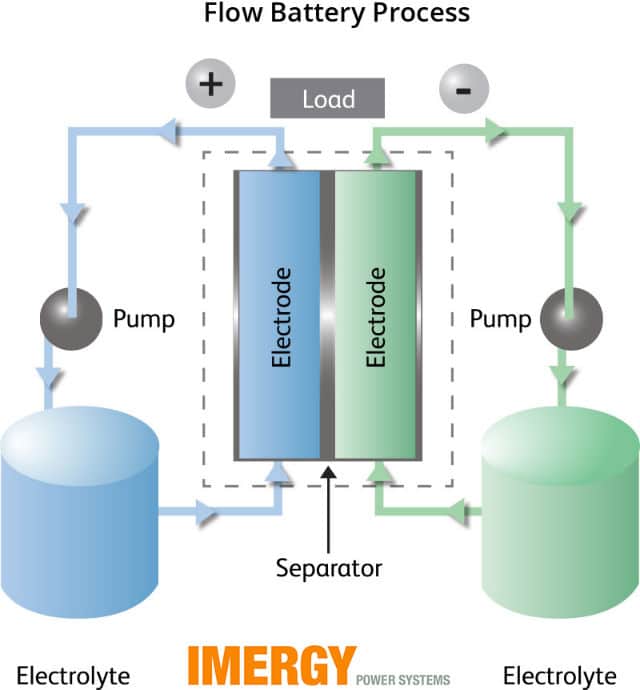 Market research firm IHS says home energy storage will explode from 90 megawatts this year to over 900 megawatts by 2018. That’s a growth rate of 1000% – a staggering increase, if true. What’s driving this trend toward more in-home energy storage? IHS says its all about rapidly falling costs.

But what if there was a way you could store that excess energy on the premises and use it whenever the need arises? Wouldn’t that be the ideal situation for all us photo-voltaic advocates? I know it would make me far more likely to invest in a solar system for my own home. What we are talking about is basically a battery that collects all the electricity your solar panels generate that doesn’t get used right away and stores it for when you need it.

The world’s scientists are working furiously on new battery designs and new chemistry. Much of that work is still in the laboratory phase but expected to hit the market in the very near future. Here’s a summary of some of the most promising battery developments happening right now.

One new wonder is called the water battery under development by a team of scientists at the University of Southern California. It’s biggest advantages are that it is completely scalable; needs no cooling; uses only natural, non-toxic compounds; and can be programmed to release more or less power over time.

Another promising concept uses vanadium recaptured from the fly ash of coal fired generating plants as the active ingredient. This vandium flow battery is air cooled; fully scalable; and can be fully discharge without damage. It is also modular, so its parts can be replaced as needed, which means its useful life is virtually unlimited. But the best part is that it cost almost half as much to manufacture as a traditional lithium ion battery.

A solar panel and battery in one

Finally, researchers at Ohio State University have come up with a completely new solar panel that is also a battery. This may be the most intriguing development of all, although it is furthest from production at the moment.

There is no guarantee that battery costs will continue to drop as rapidly and predictably as computer chip prices did a generation ago. But spurred on by the demands for  batteries for electric car batteries that are not only more energy dense but also smaller, lighter, and less expensive; advances in battery technology are being announced almost weekly. Whoever finds the key to all those challenges will reap profits calculated in the billions of dollars.

Architects and engineers need to start planning how to incorporate the home energy storage systems that will be available soon into the homes they are designing now.

When is it Time to Think About Emergency Lighting? »