Japan Has Plans to Build a Space Elevator (w/ Video) 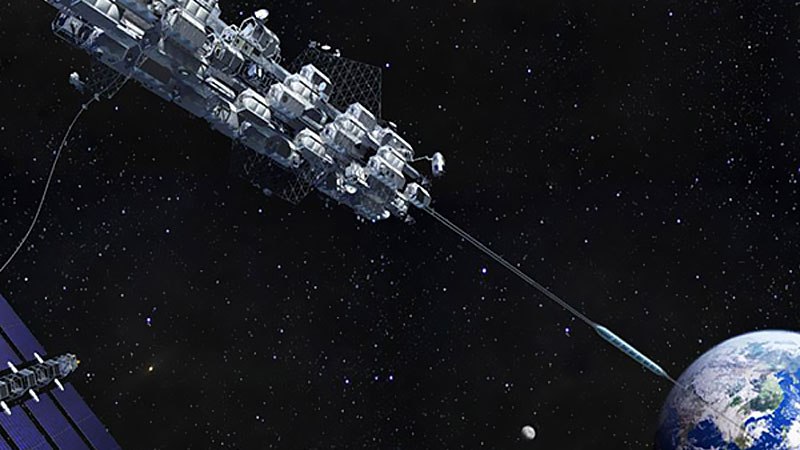 Japanese construction firm, Obayashi, plans to build a soaring 96,000 meter elevator capable of transporting people and cargo into space at a fraction of the cost- and with only a fraction of the harmful emissions!- of current rocket flights. Really.

Representatives from Obayashi claim that this science fiction-y idea is a possibility now, thanks to advances in solar efficiency and- more importantly- the development of the carbon nano-materials that make up the space elevator’s cables. “The tensile strength is almost a hundred times stronger than steel cable so it’s possible,” Mr Yoji Ishikawa, a research and development manager at Obayashi, said in a statement. “Right now we can’t make the cable long enough. We can only make 3 cm long nanotubes but we need much more … We think by 2030 we’ll be able to do it.”

As for whether or not such a plan is feasible, Obayashi’s materials point out that the space shuttle spent about $22,000 per kilogram to take cargo into space. For the space elevator, the estimated cost would be somewhere around $200. Once it’s been built, of course.

If it happens, Obayashi’s space elevator would dwarf buildings like the new World Trade Center and Dubai’s Burj Khalifa– and, of course, neither of those things can help you get into low Earth orbit for $200/kg.