This miniseries on the solar revolution is based on John Perlin’s Book, Let It Shine: The Story 6000-Year of Solar Energy. We commence with the discovery of photosensitivity. Read this , then read his excellent book.

Part 1 – The Discovery of the Photosensitivity of Selenium 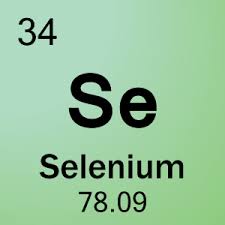 When my book, Let It Shine: The Story 6000-Year of Solar Energy, first came out several experts criticized me for not recognizing Edmund Becquerel as the direct link to the solar cells in use today. When I offered a differing opinion one objecting to it stated, “I know that Becquerel was the one. That is what I was taught and that is what I believe.” End of argument. Even though all the encyclopedias, wikipedias and solar experts share similar views, they all have erred: Becquerel himself states that he worked with an electrochemical cell and observed sunlight recharging it, clearly not a solid-state device directly related to the current state of the art in photovoltaics.

The discovery of the direct conversion of sunlight into electricity by a solid-state device happened due to the failure in the late 1860’s of bars of selenium to act as expected for quality control of cabling before being submerged undersea as part of the first transatlantic communication network linking North America with Europe. Though the bars of selenium worked as expected at night, they performed dismally when the sun came out. Suspecting that the change in behavior had something to do with light, Willoughby Smith, the chief engineer of the cabling project, placed the bars in a box with a sliding cover. During the daytime, when he closed the cover, excluding any light from entering the interior, the bars’ high electrical resistance – the degree to which they hindered electricity flowing through them – acted as expected and did not fluctuate at all. But when the cover was opened, their conductivity – the enhancement of electrical flow- “immediately increased according to the intensity of light,” Smith observed.

To determine whether it was the sun’s heat or its light that affected the selenium’s increased conductivity, Smith placed one of the bars in a shallow trough of water. The water kept the selenium cool but had no effect on light penetrating it. When he covered and uncovered the trough as he had previously done, the results obtained did not differ from his earlier experiment. From these observations, Smith concluded that the bars’ resistance was altered according to the intensity of light.”

Selenium’s sensitivity to light intrigued the world’s scientific community. Never before had scientists seen light create such an alteration of an element’s electrical behavior. For this reason, “The attention of physicists is at present very much directed to the material,” commented Werner von Siemens, whose reputation in the field of electricity ranked alongside Edison’s. An intrigued James Clerk Maxwell, the greatest nineteenth-century physicist, wrote to a friend, “I saw conductivity of Selenium as affected by light. It is most sudden. Effect of a copper heater insensible. That of the sun great.” Probably no scientific team subjected selenium to more experimentation than two British scientists, William Grylls Adams and Richard Evans Day. What they discovered would begin the long march to today’s photovoltaic revolution. (to be continued).