Think energy storage and the “Holy Grail’ of battery design. Here is news of an important discovery from Stanford for on the lithium metal anode for rechargeable batteries, complements of AAAS’s EurekAlert. 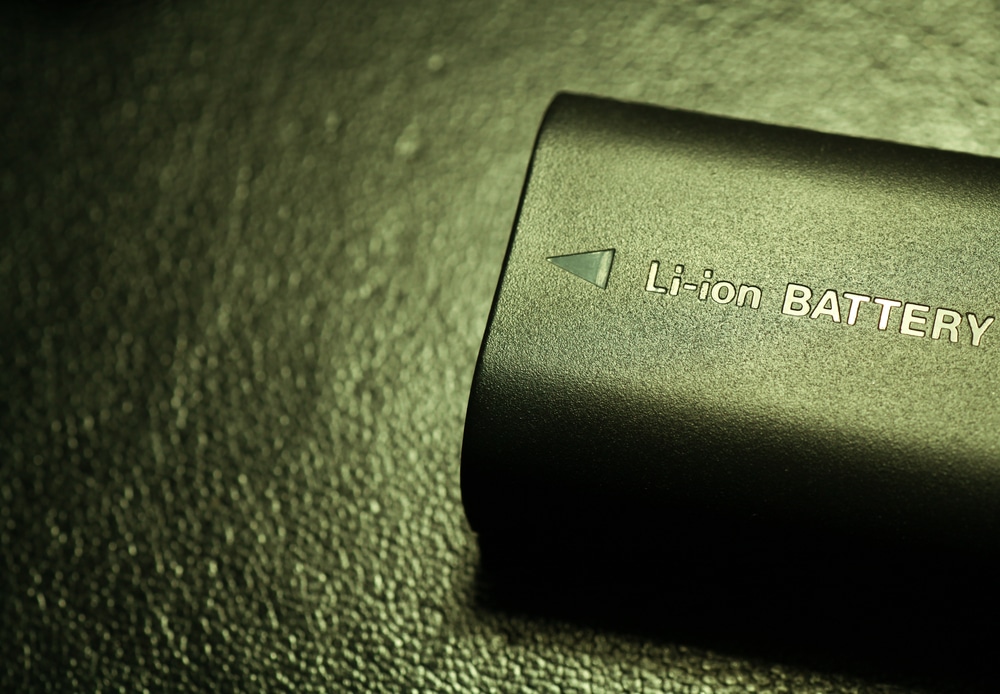 Engineers across the globe have been racing to design smaller, cheaper and more efficient rechargeable batteries to meet the power storage needs of everything from handheld gadgets to electric cars.

In a paper published today in the journal Nature Nanotechnology, researchers at Stanford University report that they have taken a big step toward accomplishing what battery designers have been trying to do for decades – design a pure lithium anode.

All batteries have three basic components: an electrolyte to provide electrons, an anode to discharge those electrons, and a cathode to receive them.

Today, we say we have lithium batteries, but that is only partly true. What we have are lithium ion batteries. The lithium is in the electrolyte, but not in the anode. An anode of pure lithium would be a huge boost to battery efficiency.

“Of all the materials that one might use in an anode, lithium has the greatest potential. Some call it the Holy Grail,” said Yi Cui, a professor of Material Science and Engineering and leader of the research team. “It is very lightweight and it has the highest energy density. You get more power per volume and weight, leading to lighter, smaller batteries with more power.”

But engineers have long tried and failed to reach this Holy Grail.

“Lithium has major challenges that have made its use in anodes difficult. Many engineers had given up the search, but we found a way to protect the lithium from the problems that have plagued it for so long,” said Guangyuan Zheng, a doctoral candidate in Cui’s lab and first author of the paper.

In addition to Zheng, the research team includes Steven Chu, the former U.S. Secretary of Energy and Nobel Laureate who recently resumed his professorship at Stanford.

“In practical terms, if we can improve the capacity of batteries to, say, four times today’s, that would be exciting. You might be able to have cell phone with double or triple the battery life or an electric car with a range of 300 miles that cost only $25,000—competitive with an internal combustion engine getting 40 mpg,” Chu said.

In the paper, the authors explain how they are overcoming the problems posed by lithium.

Most lithium ion batteries, like those you might find in your smart phone or hybrid car, work similarly. The key components include an anode, the negative pole from which electrons flow out and into a power-hungry device, and the cathode, where the electrons re-enter the battery once they have traveled through the circuit. Separating them is an electrolyte, a solid or liquid loaded with positively charged lithium ions that travel between the anode and cathode.

During charging, the positively charged lithium ions in the electrolyte are attracted to the negatively charged anode and the lithium accumulates on the anode. Today, the anode in a lithium ion battery is actually made of graphite or silicon.

Engineers would like to use lithium for the anode, but so far they have been unable to do so. That’s because the lithium ions expand as they gather on the anode during charging.

All anode materials, including graphite and silicon, expand somewhat during charging, but not like lithium. Researchers say that lithium’s expansion during charging is “virtually infinite” relative to the other materials. Its expansion is also uneven, causing pits and cracks to form in the outer surface, like paint on the exterior of a balloon that is being inflated.

The resulting fissures on the surface of the anode allow the precious lithium ions to escape, forming hair-like or mossy growths, called dendrites. Dendrites, in turn, short circuit the battery and shorten its life.

Preventing this buildup is the first challenge of using lithium for the battery’s anode.

The second engineering challenge is that a lithium anode is highly chemically reactive with the electrolyte. It uses up the electrolyte and reduces battery life.

An additional problem is that the anode and electrolyte produce heat when they come into contact. Lithium batteries, including those in use today, can overheat to the point of fire, or even explosion, and are, therefore, a serious safety concern. The recent battery fires in Tesla cars and on Boeing’s Dreamliner are prominent examples of the challenges of lithium ion batteries.

To solve these problems the Stanford researchers built a protective layer of interconnected carbon domes on top of their lithium anode. This layer is what the team has called nanospheres

The Stanford team’s nanosphere layer resembles a honeycomb: it creates a flexible, uniform and non-reactive film that protects the unstable lithium from the drawbacks that have made it such a challenge. The carbon nanosphere wall is just 20 nanometers thick. It would take some 5,000 layers stacked one atop another to equal the width of single human hair.

“The ideal protective layer for a lithium metal anode needs to be chemically stable to protect against the chemical reactions with the electrolyte and mechanically strong to withstand the expansion of the lithium during charge,” Cui said.

The Stanford nanosphere layer is just that. It is made of amorphous carbon, which is chemically stable, yet strong and flexible so as to move freely up and down with the lithium as it expands and contracts during the battery’s normal charge-discharge cycle.

In technical terms, the nanospheres improve the coulombic efficiency of the battery—a ratio of the amount of lithium that can be extracted from the anode when the battery is in use compared to the amount put in during charging. A single round of this give-and-take process is called a cycle.

Generally, to be commercially viable, a battery must have a coulombic efficiency of 99.9 percent or more, ideally over as many cycles as possible. Previous anodes of unprotected lithium metal achieved approximately 96 percent efficiency, which dropped to less than 50 percent in just 100 cycles—not nearly good enough. The Stanford team’s new lithium metal anode achieves 99 percent efficiency even at 150 cycles.

“The difference between 99 percent and 96 percent, in battery terms, is huge. So, while we’re not quite to that 99.9 percent threshold, where we need to be, we’re close and this is a significant improvement over any previous design,” Cui said. “With some additional engineering and new electrolytes, we believe we can realize a practical and stable lithium metal anode that could power the next generation of rechargeable batteries.”